Although Washington Commanders quarterback Carson Wentz understands Ron Rivera’s decision to stick with Taylor Heinicke as the starter, the 29-year-old said it made him question his football future.

“I get it. It’s part of the business,” Wentz said following Sunday’s 23-10 win at Houston, when Rivera informed the quarterbacks Heinicke would remain QB1. “I understand where we are as a team. Obviously as a competitor you want to be out there; I’d be lying to you. You come to work, you want to play, it’s what you sign up for.

“At the same time I have a great relationship with Taylor and all the guys. I’ve been happy to see him succeed and what he’s been able to do. I’ll do what I can to help and support him and be part of this and stay ready because this league is crazy and things happen.”

Despite Rivera’s decision, Wentz will not be active Sunday against the Falcons as he continues to recover from a surgically repaired broken finger on his throwing hand that he sustained in a win at Chicago on Oct. 13. Rookie Sam Howell will back up Heinicke.

Washington (6-5) has gone 4-1 with Heinicke under center. 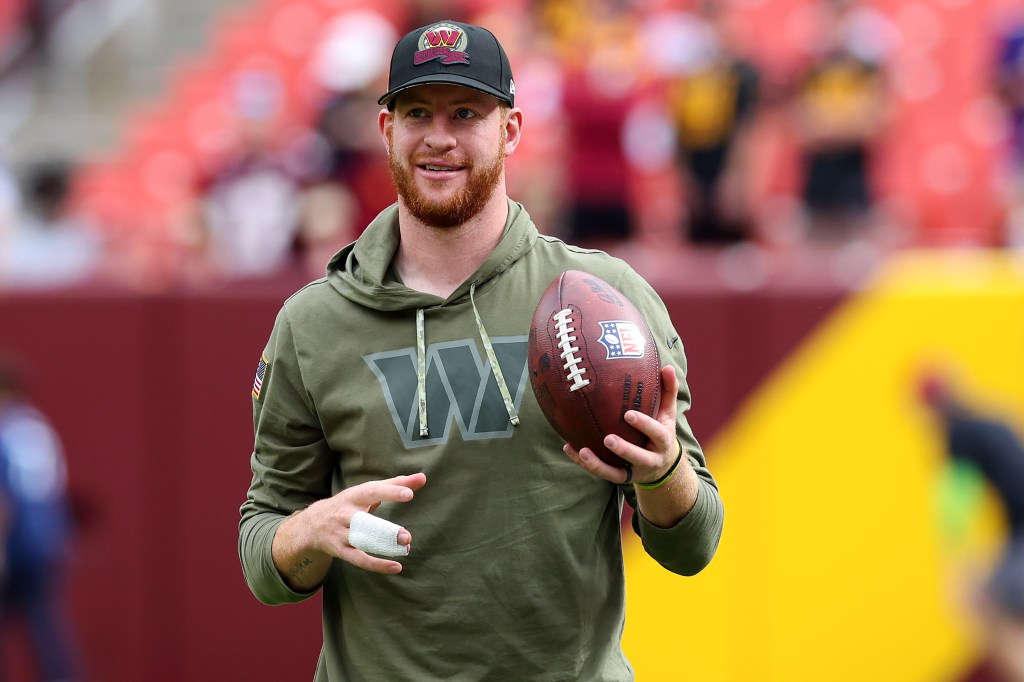 Commanders quarterback Carson Wentz on the field prior to a game against the Minnesota Vikings at FedExField on Nov. 6, 2022 in Landover, Md. Getty Images

Wentz said he told himself to “shut up” when he began playing out different scenarios about his future in his head.

“I try not to play all those games in my head because you can drive yourself mad,” he said. “You start to think big picture — what’s next year; you think of careers you think of all these things. I try to hone it back in and say just be present, be positive. Next week will take care of itself. I try not to play all those things in my head, just be ready for what comes.” 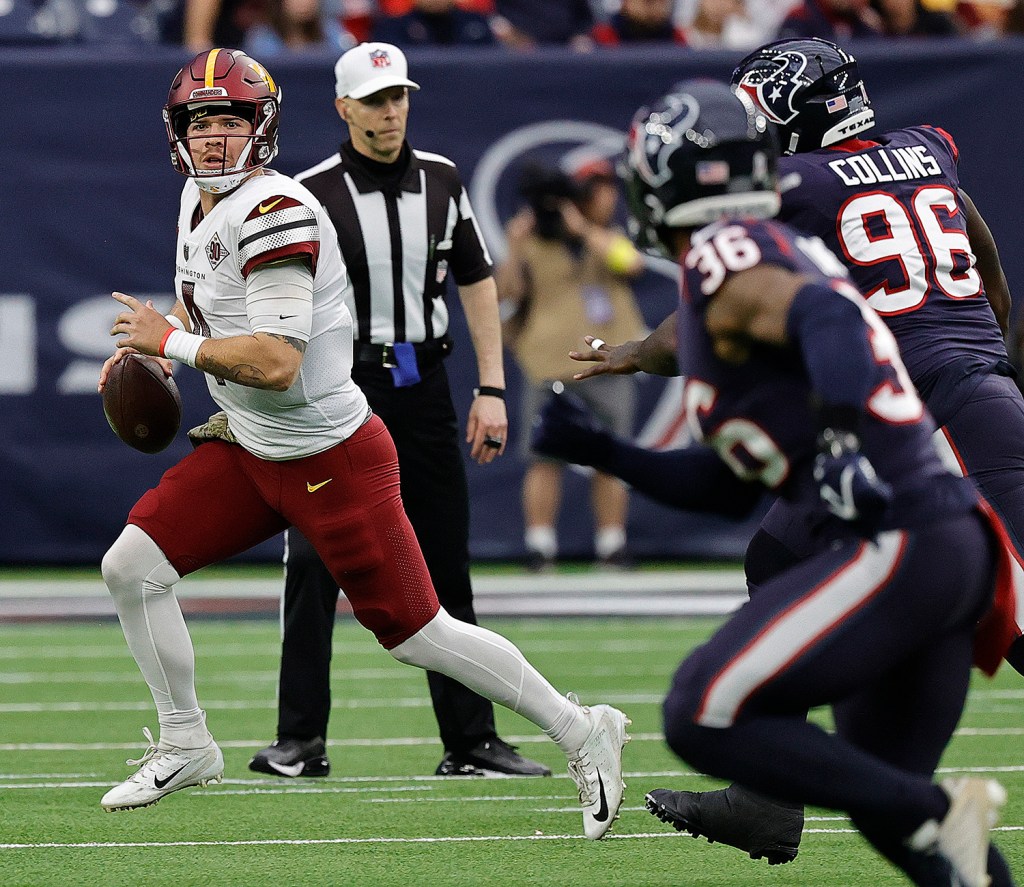 Commanders quarterback Taylor Heinicke scrambles looking for a receiver against the Texans at NRG Stadium on Nov. 20, 2022 in Houston, Texas. Getty Images

In his five starts this season, Heinecke has completed 90 of 148 passes for 1,031 yards, five TDs and four interceptions.

On Wednesday, the team designated Wentz to return to practice for the first time since he was placed on IR on Oct 22. He was cleared to begin throwing again last week.

Wentz — who the Colts traded to the Commanders this offseason — started the first six games, completing 144 of 232 passes for 1,489 yards, 10 touchdown passes and six interceptions. The quarterback was also sacked 23 times and fumbled six times, losing one in his first career game against the Eagles, the team that drafted him in 2016. Greta Gerwig Says She Was “Terrified” That...