Cardinals vs. 49ers predictions: Jimmy Garoppolo will struggle in Mexico The Cardinals enter with an array of injuries that could impact the offense and outcome. Unless something changes pregame, quarterback Kyler Murray will be out again this week after sitting out Week 10 with a hamstring injury. The 49ers have a chance to pull even in the NFC West standings with the Seahawks at 6-4 by notching a third consecutive win, this one in front of nearly 90,000 fans expected at Estadio Azteca.

Cardinals vs. 49ers prediction and analysis

Kyler Murray was sidelined last week, with Colt McCoy leading Arizona to a win that makes the Monday matchup with the 49ers more important for either side. The Cardinals fall well off the pace in the NFC West with a loss that would be Arizona’s seventh of the season. But a win tightens the division chase and makes it reasonable for anyone but the Rams to come out on top with a month to play.

The 49ers are getting their offense going with Christian McCaffrey, Deebo Samuel, and George Kittle on the field, together with Jimmy Garoppolo at the controls. But the defense has been the way to the win column for San Francisco, which went 0-2 against Arizona in the 2021 regular season.

The Cardinals have hit 30 points only once this season, and it’s not likely to happen against the 49ers, who allowed 30 total points combined in wins the past two weeks. Murray might be more mobile than he would’ve been last week, but hamstring issues are no stranger for the Cardinals’ QB. He’s the team’s leading rusher (359 yards, 6.1 yards per carry, two TDs) and had 21-96-2 in the victorious visit to San Francisco in 2021.

But the Niners’ defense is on the rise with 107 rushing yards allowed over the past two games, wins against the Chargers and Rams, with a total of five sacks in those wins. Neither team cleared 200 total passing yards. 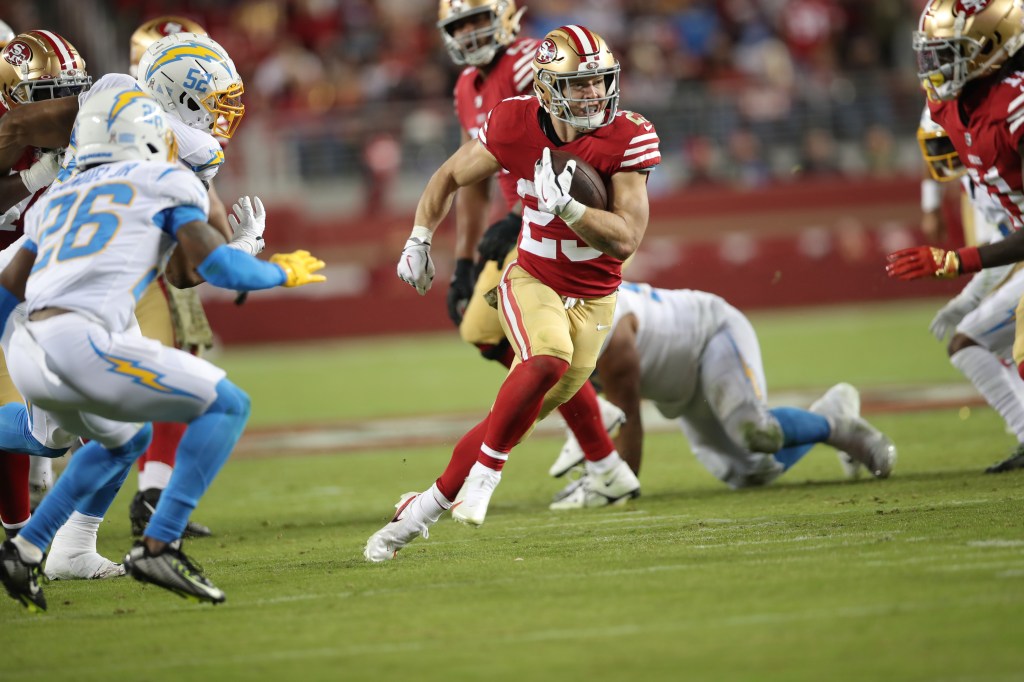 Arizona is downright inept in the opening quarter, with 19 first-quarter points in 10 games. The 49ers have five games this season with zero or three points allowed.

While only outscoring the opposition 40-38 in the first quarter this season, the 49ers can take advantage of a Cardinals defense that hasn’t seen this grouping on the field while also giving up 110 rushing yards per game. Arizona has allowed seven first-quarter touchdowns in 2022.

The Cardinals have one first-quarter TD in 2022. 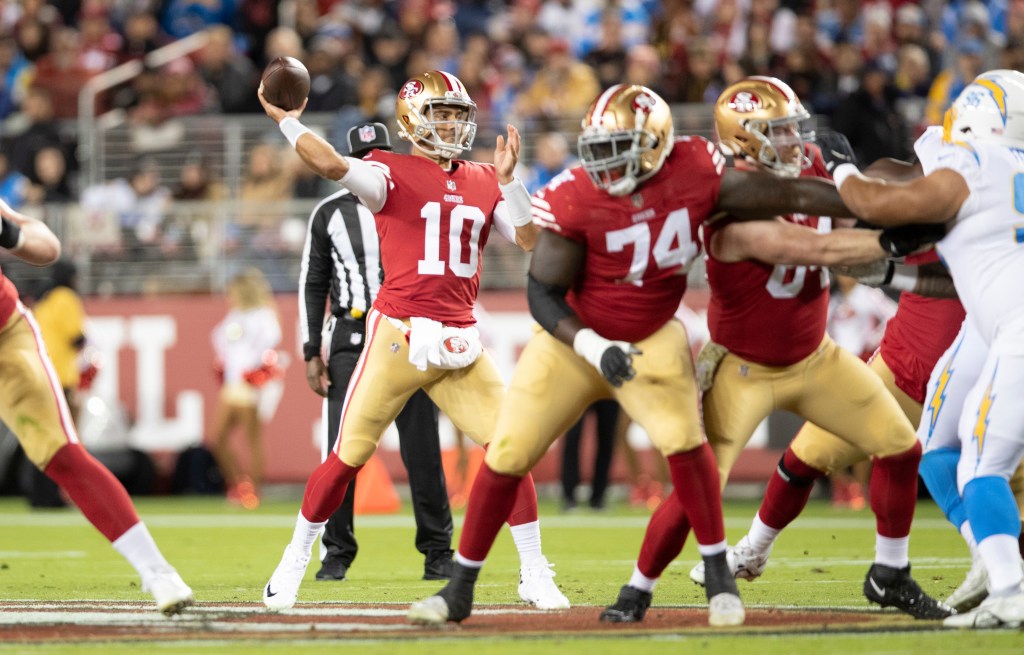 Conservative is the way Kyle Shanahan rolls in San Francisco, content to grind yards with McCaffrey and a high-efficiency passing game to protect the ball and the lead. Only once this season has that approach rendered more than 257 net passing yards — 369 in the blowout loss to the Chiefs — whereas the 49ers ran the ball 41 times last week.

Garoppolo had 326 yards in his only game against Arizona last season (Trey Lance started the Week 5 game in 2021), but the 49ers spent most of that game in catchup mode.

Odds courtesy of Caesars Sportsbook, accurate at the time of publishing, subject to change.