Can you spot the hidden number in this magic optical illusion? It may look like a digitized Jackson Pollock painting, but hidden in this haze of color is a number — if you can see it.

Puzzle lovers are going crazy for this head-scratcher optical illusion that has a numeral in the middle, but can only be seen by some.

The trippy image was shared by TikTok user @SeeThatMagic — dividing fans with what they see.

“Stare at the middle of the screen, put your nose to the screen and pull away slow,” the writing on the screen explains.

“What number do you see?”

Users commented on what they saw — or didn’t see — after marveling over the illusion. 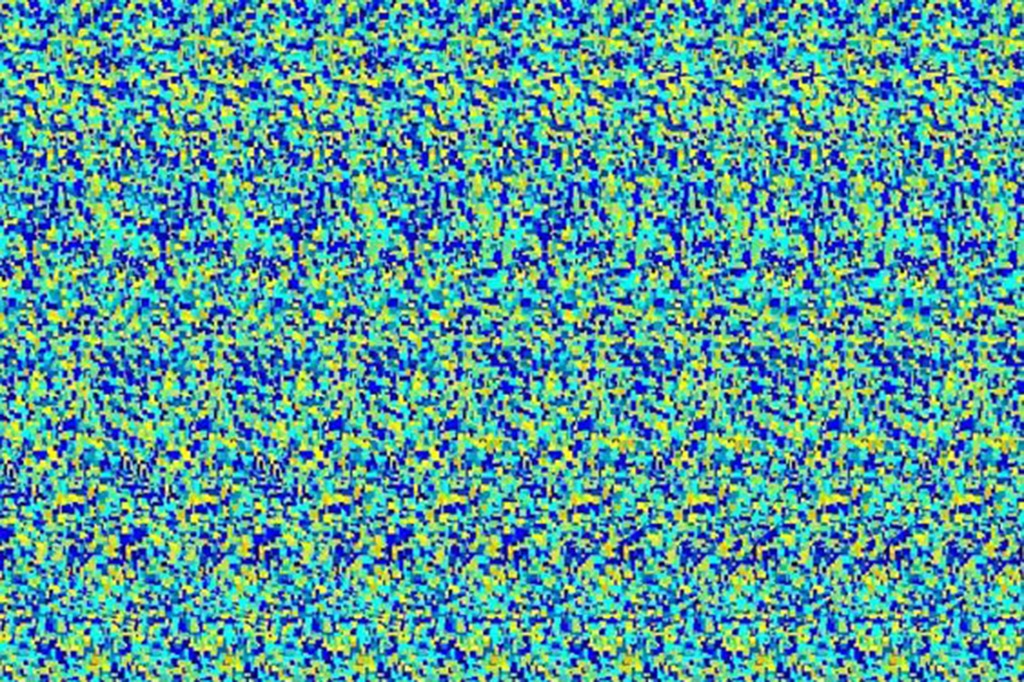 Can you see a number in this trippy illusion?TikTok/@seethatmagic

“I saw five,” said another, whereas many other users swore they saw zero.

The magic number you should see hidden is zero, due to a visual phenomenon called an autostereogram, referring to an image that tricks our eyes and brains to create the illusion of a three-dimensional image from a two-dimensional image.

If trippy colors are your thing, puzzle lovers are straining their brains over another optical illusion that reportedly fools the viewer into thinking that they have gone colorblind.

In the illusion — created by Japanese psychologist Akiyoshi Kitaoka — a small square can be seen traveling across a rectangle that’s half pink and half blue with a blended combo of the colors in between.

The “moving square appears to change in color” its pigment is actually “constant,” caused by a principle called the chromatic induction effect, which is a perceived color shift that occurs “when one colored object moves around an identical stationary object,” per a 2016 study in the journal Nature.

If one illusion wasn’t mind-bending enough, here are 20 optical illusions that will blow your mind and make you question how powerful your brain really is.