The youngest members of the Gronkowski family are embracing Camille Kostek’s “#NeverNotDancing” motto.

Kostek — who is the longtime girlfriend of Tampa Bay tight end Rob Gronkowski — posted a video of herself to Instagram on Monday grooving to Bruno Mars in a suite at the Buccaneers game, where she was joined by her beau’s most adorable fans, his niece and nephew.

“When I’m not dancing with Big Gronk I’m dancing with the little Gronks while he’s at work,” she captioned the post.

The youngest Buccaneers fans are the son and daughter of Gronkowski’s older brother, Dan, and his wife, Brittany. The couple announced in October that they’re expecting their fourth child together, a baby boy.

Kostek, 29, posted other videos to her Instagram Story throughout the game, in which the Buccaneers defeated the Giants, 30-10. 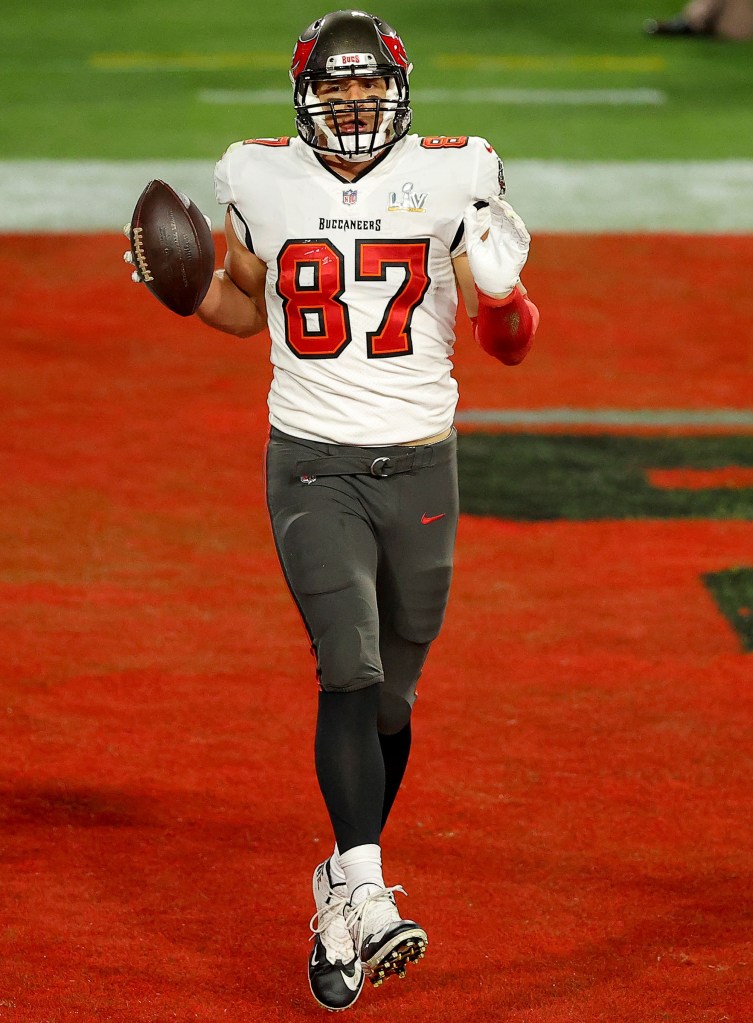 Rob Gronkowski, seen here at the Super Bowl in February, returned to the Buccaneers for Monday night’s game after being sidelined due to an injury earlier this season.Getty Images

Monday’s game saw the return of Gronkowski, 32, who suffered multiple rib fractures and a punctured lung in Week 3. He made a brief appearance in a Week 8 game against the Saints but left due to back spasms.

Gronkowski had six receptions for 71 yards in Monday’s win over the Giants. So far this season, he has scored four touchdowns. 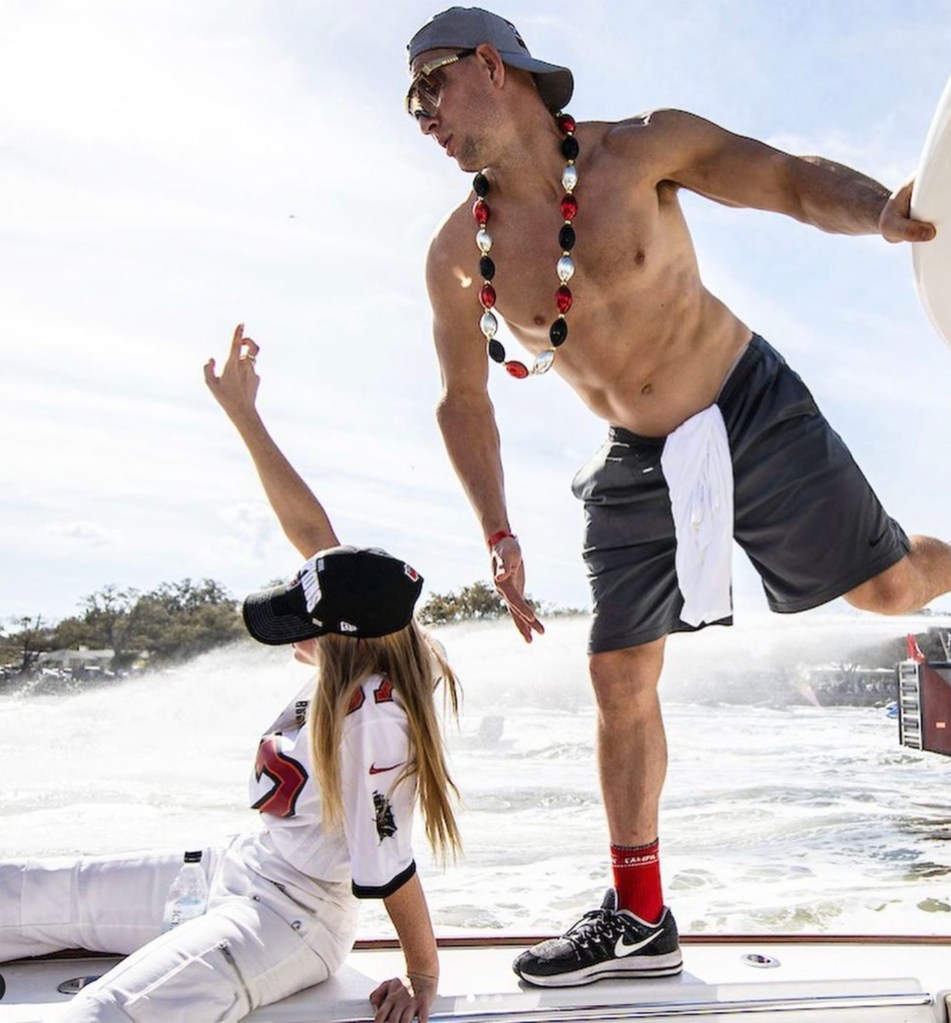 Camille Kostek and Rob Gronkowski, who have been dating since 2015, showed off their moves during the Buccaneers’ victory boat parade following the Super Bowl win in February.Instagram

“Every day that goes by is closer to the end of the season. Every game is more important, cause there’s fewer of them and you don’t get any of them back,” Brady said, according to Pro Football Talk. “We’re at a decent point, but we can play a lot better than we played. 7-3 through 10 games, there’s a lot to learn from. Hoping our best football’s ahead of us.”

The Buccaneers will face the Colts (6-5) this Sunday. Here’s hoping Tampa Bay will give Bucs fans — and Kostek — something to dance about.