Tom Thibodeau made some changes to his rotation on Sunday with the hopes of sparking his slumping team.

Regular reserves Cam Reddish and Derrick Rose didn’t play, although part of the reason for sitting Rose was because it was the back end of a back-to-back. He was available. Reddish, though, was strictly about performance. He had struggled since returning from a right groin injury and finding himself in a new role coming off the bench. He logged just seven minutes on Saturday against the Mavericks.

Thibodeau only went nine deep in the Knicks’ 92-81 win over the Cavaliers, and used second-year guard Miles McBride in Rose’s place. McBride played well on the defensive end in eight first-half minutes, and registered a plus-11 rating.

Thibodeau had cut down his rotation to nine at the start of the recent five-game West Coast trip, but had recently got back to 10 over the last few games. 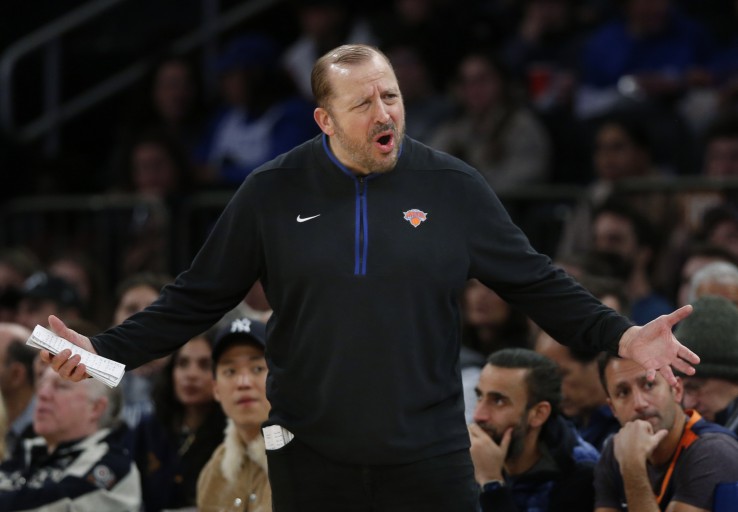 A day later, Thibodeau was still unhappy with the Knicks’ inability to control the defensive glass Saturday. They allowed 14 offensive rebounds to the Mavericks leading to 24 second-chance points.

“The thing you have to be aware of, what’s going on in the game, so they’re obviously taking a lot of 3s. The volume of 3s, there’s a lot of long rebounds,” Thibodeau said. “So if you’re running in and the ball’s going over your head, your guards have to be in the elbow area to chase down the long rebounds. So, that was probably the biggest thing, the reaction to the long rebound led to [extra possessions for them]. So, that is a concern.”

The Knicks have struggled throughout the season controlling the defensive boards, tied with the Timberwolves for 26th in the league in defensive rebounding percentage at 73.3 percent. It has been particularly problematic of late.