The Great White Way returned to pre-pandemic form Tuesday with “Wicked,” “The Lion King, and “Hamilton” making their 2021 debuts — and theater fans could hardly contain their excitement.

Playgoers who attended “Hamilton” at the Richard Rodgers bathed actors in applause during the Revolutionary War-era drama’s first staging in 18 months.

“It took six years the first time [to bring it to stage],” Miranda said. “Glad it wasn’t six years to come back.”

“I will never take live theater for granted ever again,” Miranda told the masked and vaccinated crowd. 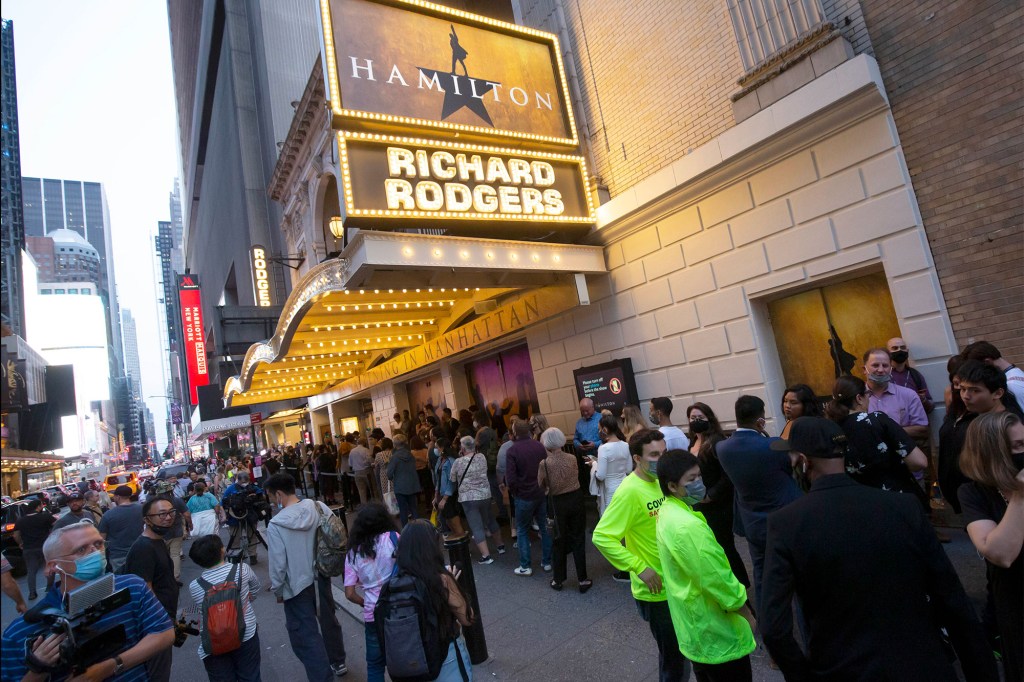 People wait outside of the Richard Rogers Theater in Times Square.William Miller

When the curtain was drawn, the crowd enthusiastically applauded every actor, and gave titular character Miguel Cervantes a 3-minute standing O.

The crowd also erupted at the Gershwin Theatre as Kristin Chenoweth told the thrilled audience “there’s no place like home,” a nod to her 2003 star-making turn as Glinda in a production of “The Wizard of Oz.”

Meanwhile, a few blocks south on Seventh Avenue, “Lion King” director and costume-designer Julie Taymor told those packed in the seats at the Minskoff Theatre that they were they night’s biggest stars. 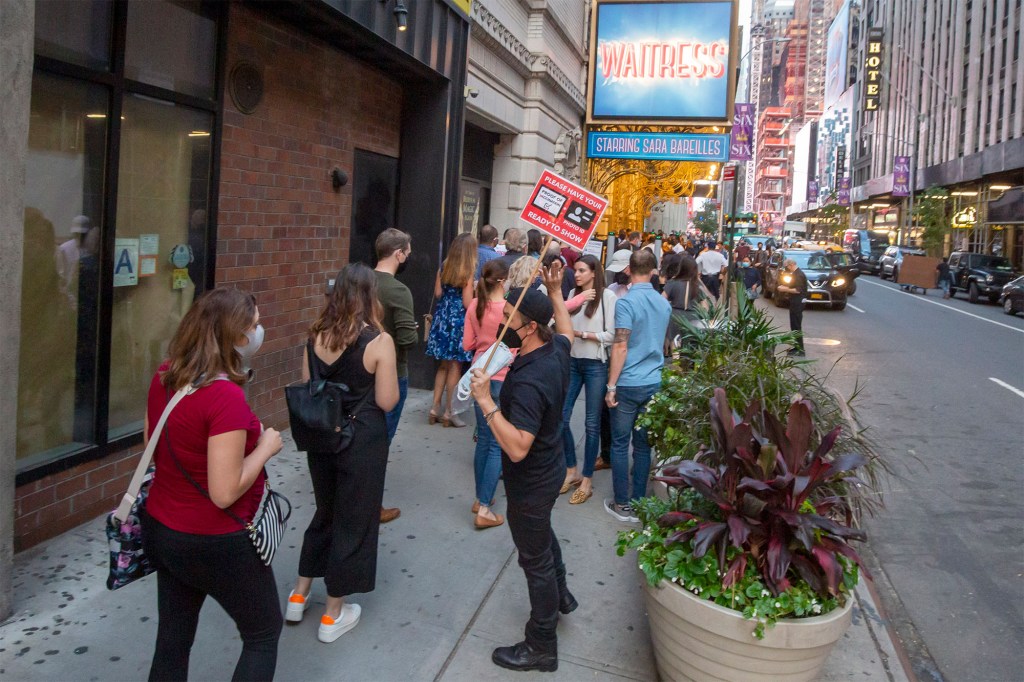 People wait outside of the Barrymore theater in Times Square to see the musical “Waitress.”William Miller

“Theater, as we know, is the lifeblood and soul of the city,” she said. “It’s time for us to live again.”

Broadway has been back in business since the beginning of the summer, with Bruce Springsteen’s one-man show leading the way, but to many, the return of Tuesday’s big name productions indicated the end of a long unwanted intermission.

The jubilant feeling even extended to the theaters’ ushers. 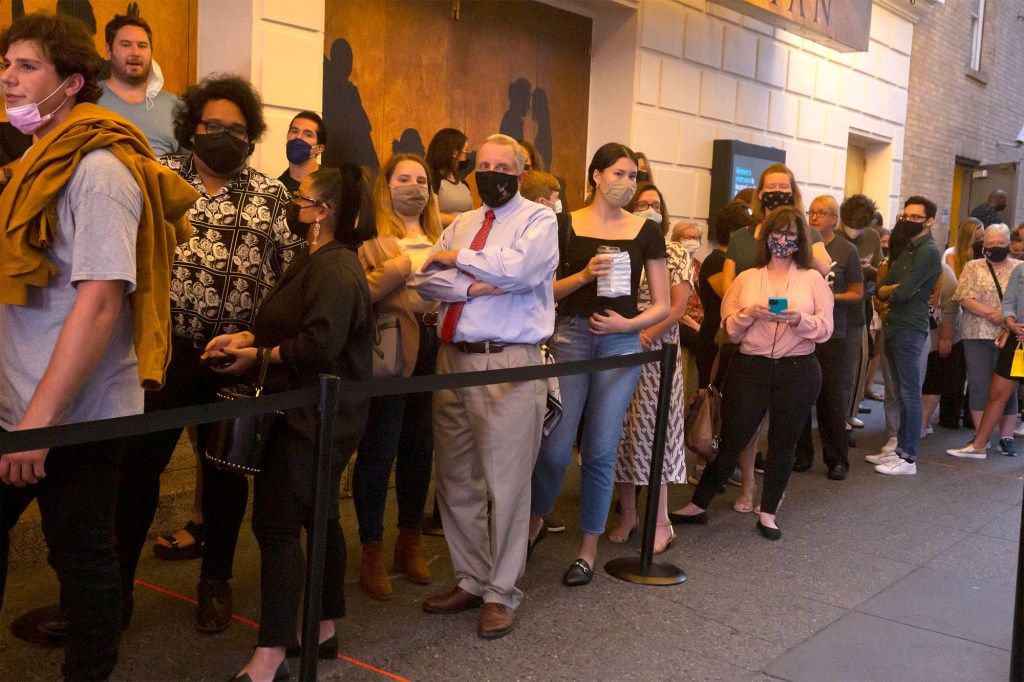 Playgoers line up to see the first performance of “Hamilton” in 18 months.William Miller

Usher Linda Diane Polichetti, who works at “Hamilton” said she was thrilled to be back at work.

“I’m just glad to be back because the world I was in, I wasn’t recognizing,” she said.