Braden Schneider is making all the right impressions on Rangers KINGSTON, R.I. — One big hit and then another big hit, and lo and behold, Braden Schneider had been anointed “Baby Troubs.”

“Yeah, there’s a similarity, obviously I can see that with his physical play and meanness,” Jacob Trouba, Big Troubs himself, told The Post before the Rangers embarked on their three-day bonding excursion to this burgh. “But more than that, it’s his attitude.

“He’s laid back and kind of goofy. He walks into the room every day with a smoothie and a smile on his face. That’s what I see most that reminds me of my younger self.

“It’s not like you’re just happy to be here, that’s not it,” said the Blueshirts’ 28-year-old captain, who broke into the NHL at age 19 as a regular on the blue line with Winnipeg. “For me, I was just so happy to come to the rink every day and get to play hockey.

“I feel like he has the same outlook. It seems like he’s happy all the time. It’s an infectious attitude. He’s young, everything’s in front of him, he doesn’t take anything for granted. I identify with that and I’m sure I’m not the only one. It’s important for our team — any team — to have that.”

The pingpong-ball twins up front — 2019’s second-overall Kaapo Kakko and 2020’s first-overall Alexis Lafreniere — are attempting to create their niches entering seasons four and three, respectively. But the prime young’uns on the back end — Adam Fox, K’Andre Miller and Schneider — have applied their stamp on the team essentially from Day 1. 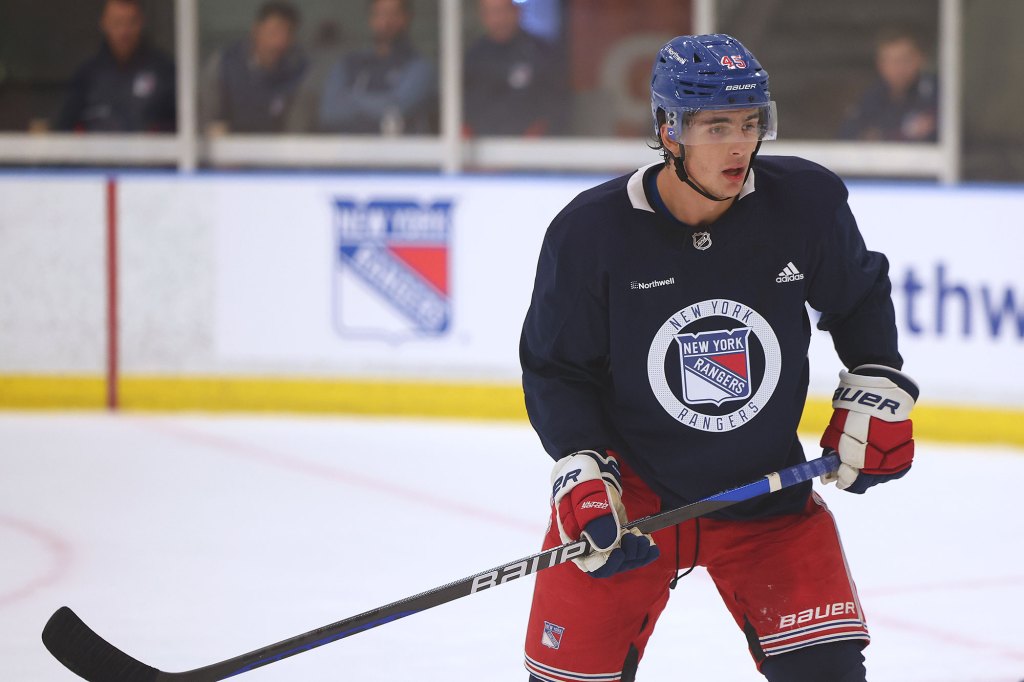 Of course, these defensemen were not and are not finished products either upon arrival or at the moment. There is room to grow for all three. But they have all displayed uncommon poise right out of the gate. None more so than Schneider, who seemed like a veteran way beyond his years and experience beginning with his first NHL game, Jan. 3 in San Jose at age 20, after spending the first half of his first pro season with the AHL Wolf Pack.

“Last year when he was sent down early, it was so he could get better and become the good young player we know he’s going to be,” said head coach Gerard Gallant. “When he came up, we didn’t think he was going to stay for the rest of the year.

“But it’s like I always say, ‘Come up here, make a real good impression and we’ll want you to stay.’ That’s what Schneids did. When he got called up, we weren’t planning on him staying here. But the way he played, he made us keep him. That’s what we like to see from our young players.

“And he’s come back this year bigger and stronger,” the coach said. “He’s really confident out there. We really like him.”

Schneider’s confidence is part of the package. He grabbed that spot on the right side of the third pair and never let go, playing in all but two of the club’s final 45 games in the regular season before becoming a staple in the playoffs.

The 19th-overall selection of the 2020 draft, for whom then-GM Jeff Gorton sacrificed a third-rounder in order to move up three picks, not only has looked like he has always belonged, he believes he belongs.

For when he was asked last week whether he harbors any doubt that he belongs in the NHL, the answer was succinct and to the point. 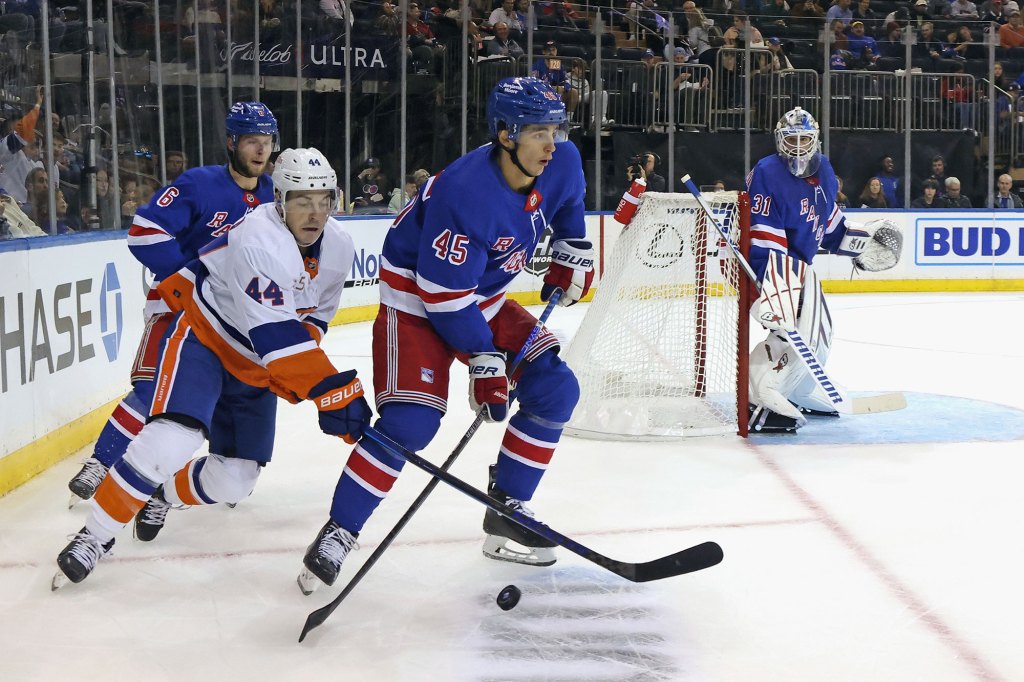 Braden Schneider has impressed his Rangers teammates with his attitude, play, and his confidence.Bruce Bennett/Getty Images

Or course, the answer was accompanied by a smile.

“He’s had that confidence from the start but there’s no arrogance to it,” Trouba said. “He wants to get better, he’s working at getting better. The more reps he gets, the more confidence he’ll get. He’s solid with a lot of upside.”

Schneider scored a goal in his NHL debut before finishing with 11 points (2-9) in 43 games. He has been up the ice, joining the rush perhaps a bit more often this preseason than he was a year ago while often paired with the offensively gifted Zac Jones.

“I think there’s a team-wide focus on the D getting up in the zone without taking too many risks,” said Schneider. “Playing with Jonesy, I’m just trying to keep up and create space for him to find me.

“But I do think I have an offensive component to my game. I don’t think that’s necessarily been overlooked even though I know my physicality is the first thing that comes to mind about my game. I have confidence in my shot and ability to create offense.”

The Rangers do need to become a more productive five-on-five team but that doesn’t necessarily entail Schneider leading forays into the zone. They need the sophomore to be a reliable force in his own end.

“My objective, other than making the team, is to be a player who can be trusted in all situations,” said No. 45. “We have so many talented young defensemen in this organization, it’s exciting to be a part of it.”