Bob Goalby, who won the 1968 Masters without having to go to a playoff when Roberto De Vicenzo infamously signed for the wrong score, has died. He was 92.

Goalby’s death Wednesday in his hometown of Belleville, Illinois, was confirmed by the PGA Tour and by Bill Haas, his great nephew.

The Masters was among his 11 victories on the PGA Tour, and Goalby won twice on what is now the PGA Tour Champions. He is best remembered for how he was declared the Masters champion. Equally notable was the role he played in launching two tours.

Goalby was among the players who boldly led the Tournament Players Division to break away from the PGA of America and become what now is the PGA Tour. Arnold Palmer and Jack Nicklaus delivered support that made it happen. Goalby was among those who initiated the move. Later, he joined Gardner Dickinson and Dan Sikes in 1980 to organize a tour for players 50 and older.

“He was never saying, ‘Here’s what I did.’ To the men of his era, Bob was a leader, but he had a lot of humility,” said Jay Haas, a nine-time PGA Tour winner, Presidents Cup captain and Goalby’s nephew.

Also overlooked was his brilliant performance at Augusta National in 1968. 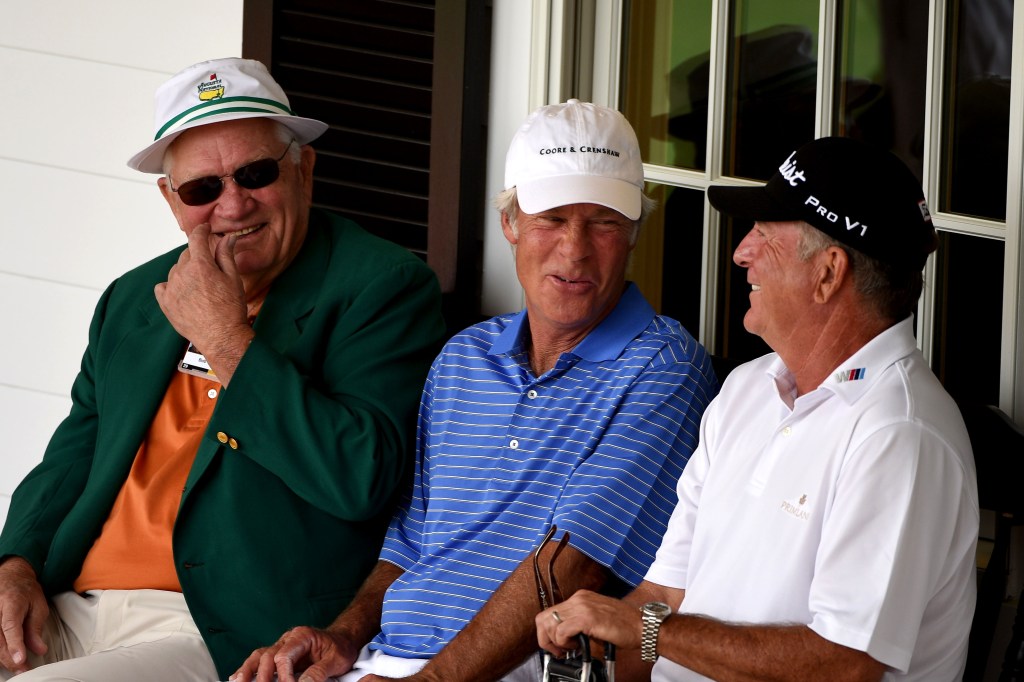 Afer birdies on the 13th and 14th holes in the final round, Goalby hit 3-iron to 8 feet for eagle on the par-5 15th and closed with a 66. He finished at 11-under 277 and assumed he would be going to a Monday playoff with De Vicenzo, who had birdied the par-4 17th and finished with a 65.

However, Tommy Aaron was keeping the Argentine’s card that day and put him down for a 4 on the 17th hole instead of a 3. De Vicenzo signed the card, and under the Rules of Golf, had to accept the higher score. That gave De Vicenzo a 66 and he finished one shot behind, leading to one of the most famous lines in golf: “What a stupid I am.”

“The presentation ceremony wasn’t what it could have been,” Goalby told Golf Digest in a 2018 interview. “I sat next to Roberto and did what I could to console him. There’s video of me patting him on the leg. I felt no elation, nothing like you’d expect from winning the biggest tournament of your life. It was awkward. It was tragic for Roberto, but it was equally unfortunate for me.

“I never did get full credit for what I’d done. I played damned well, especially the last day.”

Goalby was born March 14, 1929, in Belleville and was a multi-sport player through high school and college. Belleville West High School in 2017 renamed its football field after Goalby. He went to Illinois on a football scholarship, and then played baseball at Southern Illinois. He was drafted into the military during the Korean War and turned pro in 1952.

According to the PGA Tour, he worked as a club pro in Darien, Connecticut, but only until he shot 64 in the final round of the 1957 Mayfair Inn Open in Florida and earned $20 for finishing 30th.

“I called the shop at Darien and said, ‘Thank you very much, but I’m not coming back,’” Goalby told the tour’s website.

Bob Goalby passed away at 92Popperfoto via Getty Images

His first win was the 1958 Greater Greensboro Open. The last of his 11 PGA Tour titles was the Bahamas National Open in 1971. He played in one Ryder Cup, in 1963 at East Lake in Atlanta, with Arnold Palmer as the playing captain.

“In whatever Bob did, whether he was swinging a club, sitting in a board room making things better for the players, walking the fairways while holding a microphone or simply spending time with his family, he was a wonderful man … one of the greatest storytellers, and we will miss him,” former PGA Tour commissioner Tim Finchem said.

He is remembered for the 1968 Masters, the final round he played and the grace with which he won based on a rules infraction that was not of his doing. Goalby and De Vicenzo remained friends, and were partners twice in a PGA Tour Champions event.

The late Dan Jenkins once wrote in Sports Illustrated, “Precisely because Bob Goalby is made up the way he is, which is tough and realistic, he has proved to be a lot less bothered by the Masters debacle than most people might think.”

Even so, Goalby received plenty of hate mail, even though there still would have been a playoff without the scorecard error.

“One guy wrote, ‘They ought to put you and Sonny Liston in a sack of concrete and dump you in the ocean.’ The negative-to-positive ratio was 10-to-1 negative,” Goalby said in the Golf Digest interview. “The letters piled up, and every one of them hurt. For some reason, I’ve kept that hate mail. I don’t know why. Maybe to one day explain to people what the experience was like.”

But there were positive memories, too, and he spoke to Golf Digest of a letter he received from Masters co-founder Bobby Jones. He framed the letter and kept it on a wall his Belleville home.

“There’s a part where he says, ‘I was particularly thrilled by your exquisite second shot to the 15th, which was the finest I have seen played to that hole.’ Jones was present when Gene Sarazen made his double eagle there in 1935, so that’s some high praise,” Goalby said. Why the voice of the Mets Gary Cohen can’t quit...