Two women have divided the internet after a video of the pair fighting over an odd souvenir at a Harry Styles concert went viral.

They were filmed arguing over a wooden drumstick at the conclusion of the Love on Tour show at Madison Square Garden in New York last week.

The drumstick, which belonged to Styles’ star drummer Sarah Jones, was thrown into the crowd at the end of the performance. 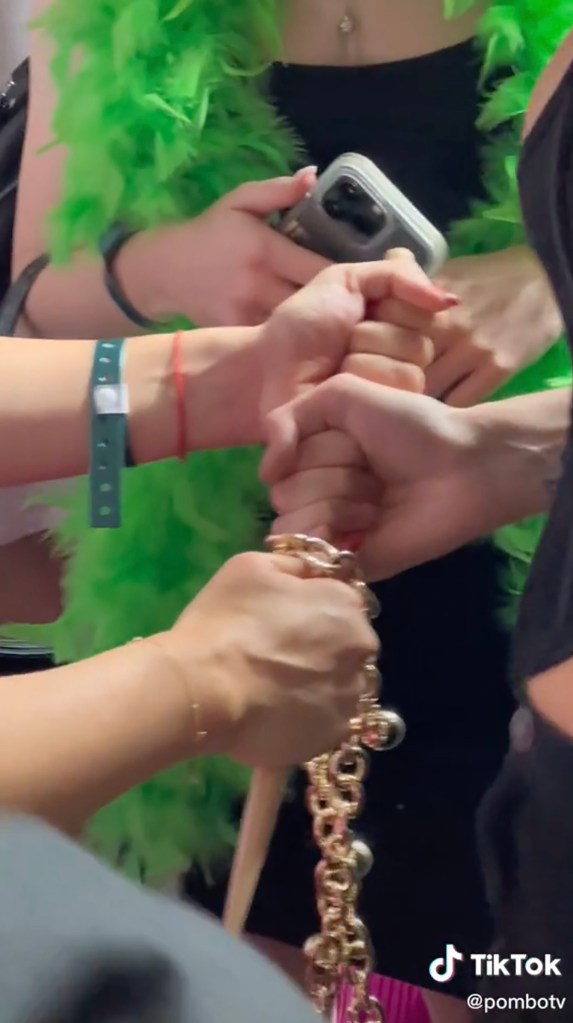 One woman can be seen in the video holding the stick with two hands and smiling, as the other latches on with one hand, begging for the stick and claiming she was first to grab hold of it.

The 10-second video, which was posted by Avelino Pombo, has been viewed more than 7.6 million times, with TikTok users attempting to decipher who had the stick first.

The second woman, who is being referred to as a “blue shirt girl” and has since been identified as Valentina Veseli, commented on the video revealing the answer to the question.

“LMAO I’m the girl in the blue. I let the other girl have it,” she said, much to the relief of those who were on “team short pixie hair girl”.

This was confirmed by other TikTok users, who claimed to have seen the other woman holding the drumstick at the train station after the concert. 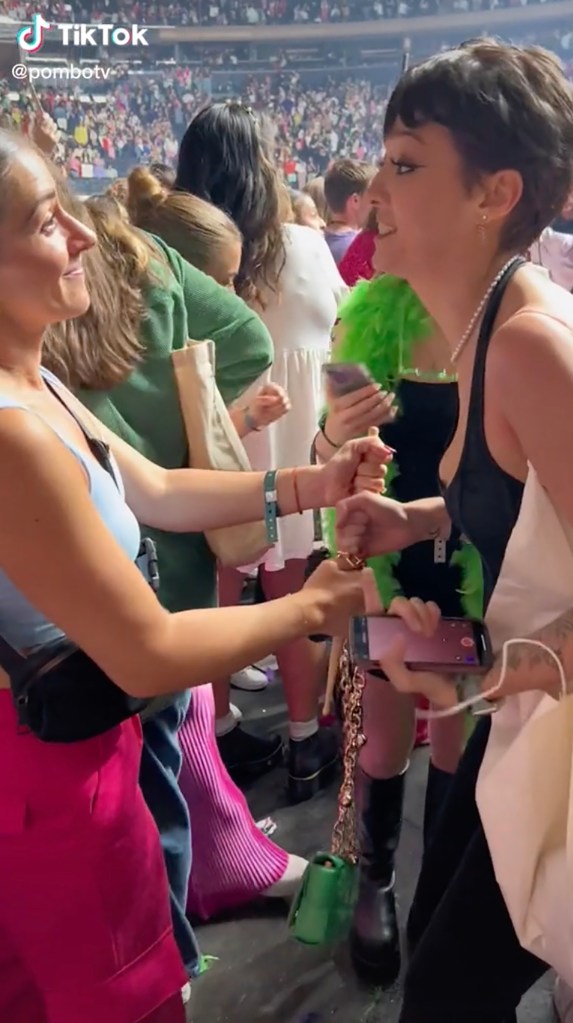 The 10-second video has been viewed more than 7.6 million times on TikTokTikTok / @pombotv

“The girl with the short black hair got it! I saw her at the train station with it last night after the concert,” one user said.

“Please join me in a round of applause for 70 years of service,” he said as fans cheered and applauded.

Woke Gen Z is out to destroy entertainment