She’s the “bad guy” with some good tricks.

In an interview with Matt Wilkinson on Apple Music 1, Billie Eilish revealed that she used one of her dancers as a “body double” onstage at Coachella 2022.

“I dressed her up in a show look that I had worn before. We got a black wig and we put buns in it and we gave her a mask and sunglasses and she wore my shoes and my socks,” said Eilish.

“I put her up at the back of the stage and she stood there while the lights went on and everybody thought it was me,” the “NDA” singer continued. “And nobody ever knew it wasn’t me, literally nobody knew. And while she’s up there, I put on a big black coat and a traffic vest and a hood and just glasses.” 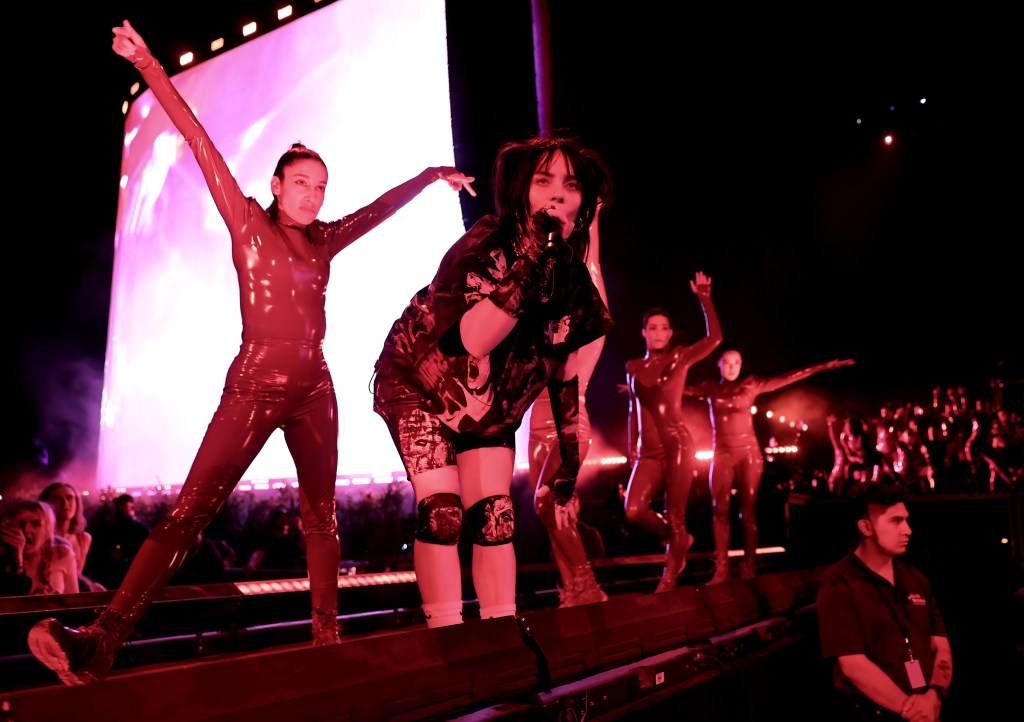 Billie Eilish, 20, said she dressed up one of her background dancers like herself as she looked on from the side stage.Getty Images for Coachella

The switcheroo happened during the intro of the 20-year-old headliner’s set. Bits and pieces of Eilish’s songs “Oxytocin” and “Happier Than Ever” played to plumes of smoke and lights as an Eilish-looking figure stood on stage, taking it all in. However, the sneaky singer’s face was not shown on the festival’s giant screens until two minutes in, at which time she launched into “bury a friend.”

Earlier this month, Eilish and her brother, Finneas, debuted a new song titled “TV” during a concert in Manchester, England. The unreleased track referenced her recent breakup with Matthew Tyler Vorce and the Johnny Depp and Amber Heard defamation trial. 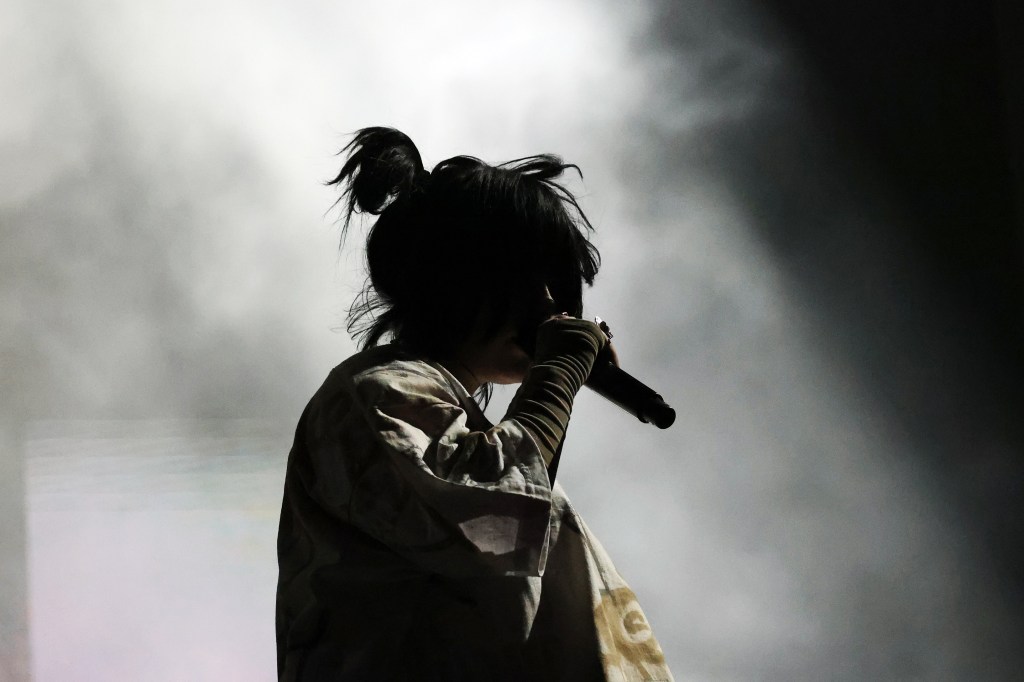 The Eilish-like figure appeared on stage during the intro of her set.Los Angeles Times via Getty Imag

“What’s the point of anything / All of my friends are missing again / That’s what happens when you fall in love. ‘Back to the Future’ musical will need more...