Bettors going big is only certainty to Bills-Chiefs clash LAS VEGAS — It has been a wild ride for the Bills and volatile quarterback Josh Allen, from a loss in the season’s first week through a statement win in the wild-card round of the playoffs. As the stakes get higher, it’s about to get crazy.

Buffalo’s road to the Super Bowl again goes through Kansas City, where the Bills hit a dead end in last year’s AFC title game. The rematch is the marquee game of this weekend’s divisional round.

“At the beginning of the season, I was big on the Bills,” MGM Resorts director of trading Jeff Stoneback said. “I thought this was going to be their year. But they were so inconsistent.”

One consistency with the Bills has been the public betting support they attract, a fact reflected in the point spread. BetMGM opened the Chiefs -2.5, a line that shows respect to the underdog. 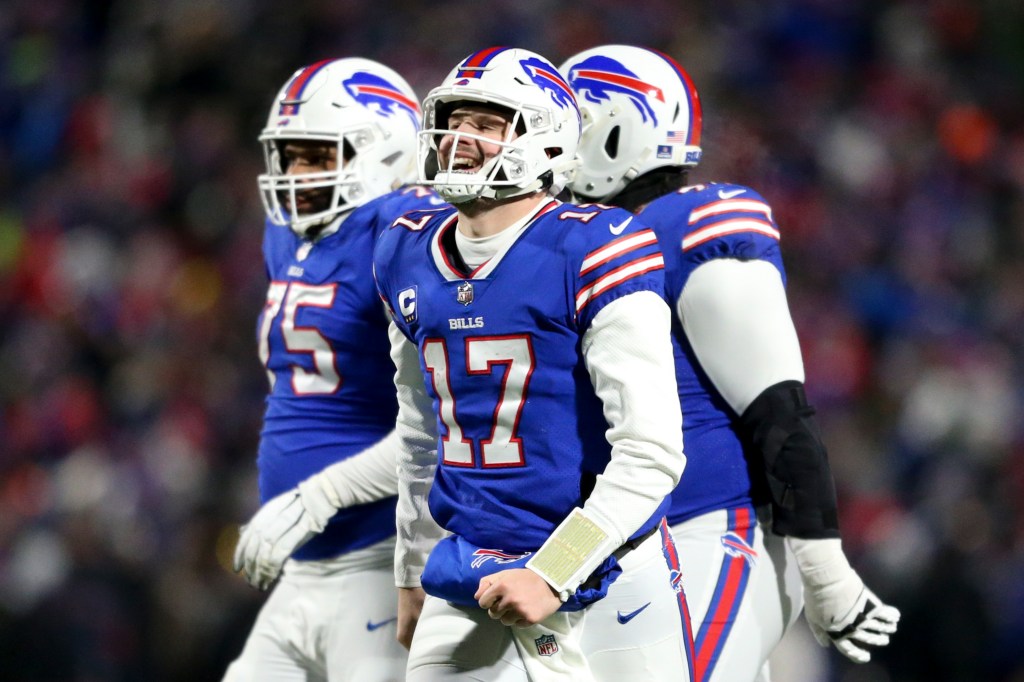 “I think we’ll take a lot of action on the Bills again this week,” Stoneback said.

Allen passed for 308 yards and five touchdowns in Buffalo’s 47-17 blowout of the Patriots last week. After one of the finest performances of his young career, Allen faces his biggest test. A year ago, he came up a step short of the Super Bowl in a 38-24 loss at Kansas City.

Patrick Mahomes and the Chiefs have been just as volatile this season, rallying to win 10 of their past 11 games after sitting 3-4 at the end of October. Kansas City’s early slump included a 38-20 home loss to Buffalo on Oct. 10, when Allen outplayed Mahomes.

Both teams are hot at the right time, especially the Chiefs. In a 42-21 victory over the Steelers on Sunday, Mahomes overcame a slow start to pass for 404 yards and five touchdowns. 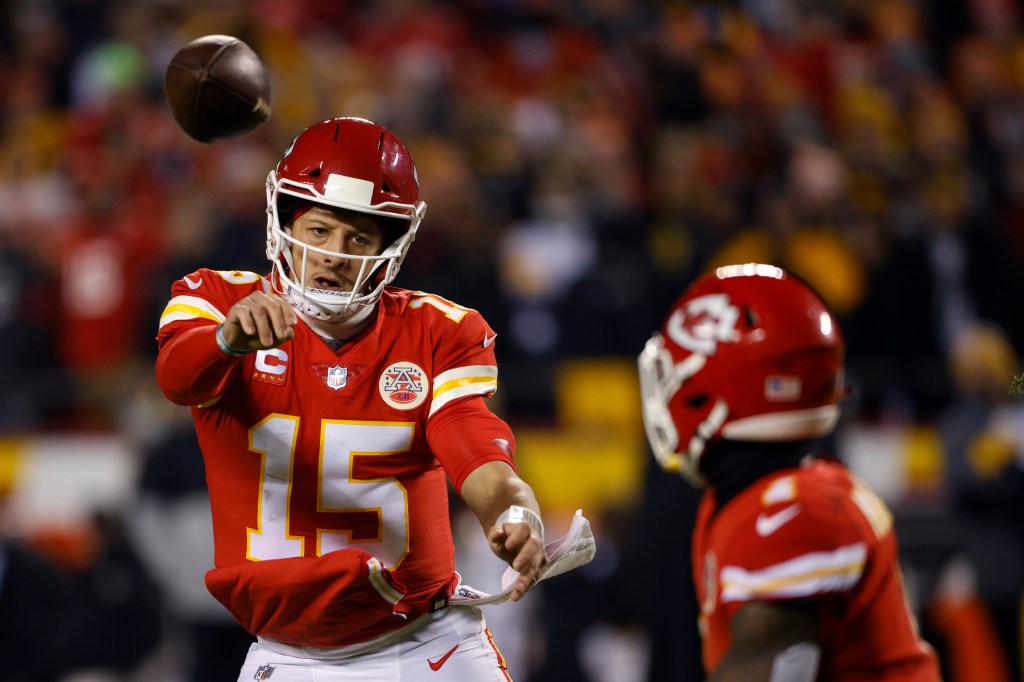 “I give the Bills a lot of chances to go there and play well,” said Michael Lombardi, a VSiN analyst and former NFL executive. “If the Chiefs continue to make the mistakes we have seen them make all year, if they do that against Buffalo, they won’t win.”

Laying less than a field goal at home, the Chiefs also will get plenty of betting support on their drive toward a third consecutive AFC championship.

Led by the Bills and Chiefs, favorites won four of the first five games in the wild-card round. The Bengals knocked out the Raiders in a thriller, and the Buccaneers blew out the Eagles.

“It’s going great right now for the bettors,” said Stoneback, who called the weekend a “small loser” for his sportsbook.

Bookmakers always need an upset and got one from the 49ers, the only underdog to advance. San Francisco was a 3-point ’dog in a 23-17 win at Dallas.

“It was a very good result for us with the Cowboys going down,” South Point oddsmaker Jimmy Vaccaro said. “We made a few dollars. No complaints from this end.

“With the two games on Saturday, three on Sunday and one Monday, it creates more business. I look [in the sportsbook] and every chair is filled. The love that people have for the NFL shows. The wild-card weekend to me is as good as it gets. Next week will be just as good.”

The Bills-Chiefs showdown on Sunday will likely draw the largest wagering handle of the divisional round, but the 49ers-Packers game will place a close second. Green Bay is a 5.5-point favorite against a San Francisco team playing its third straight road game. 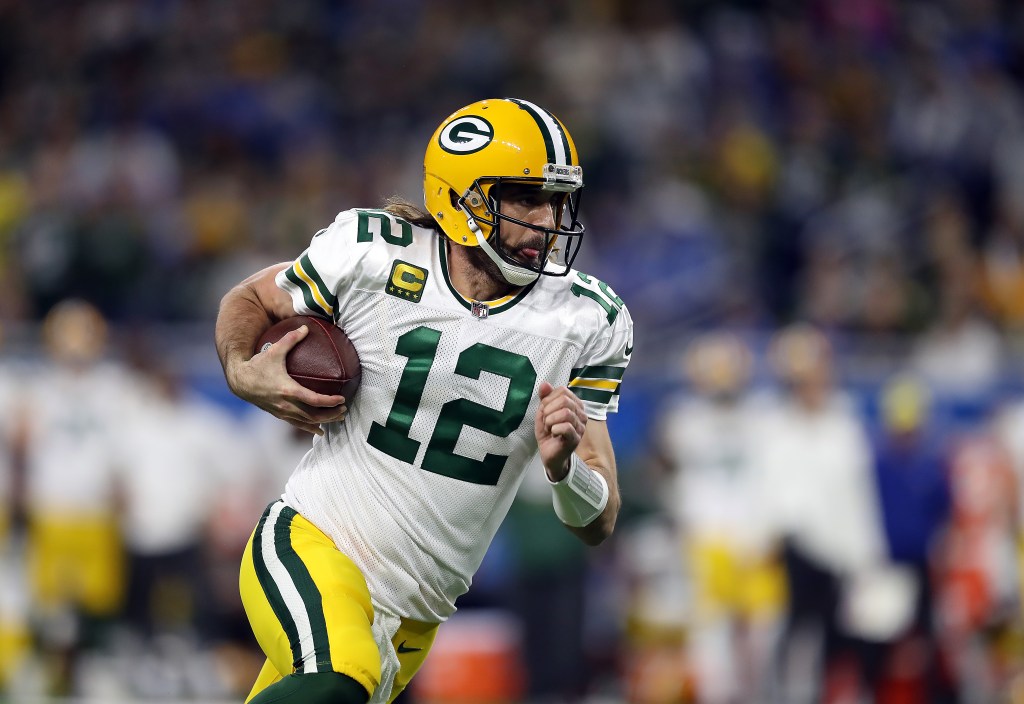 “The 49ers’ front will put some pressure on Rodgers, but we know Rodgers won’t make a mistake,” Lombardi said. “I think you have to be honest and say San Francisco does have a good chance.”

The Cardinals-Rams winner from Monday will be an underdog at Tampa Bay, with the Buccaneers favored by more than a field goal. If the favorites advance in the NFC, there will be a Rodgers-Tom Brady rematch in the conference title game in Green Bay.

While the Bills-Chiefs game has the feel of an AFC title matchup, it’s important to remember the Titans are the conference’s top seed.

Tennessee is a 3.5-point favorite against the Bengals in the other AFC matchup. The Titans will benefit from the return of running back Derrick Henry, who could feast on a Cincinnati defensive front beat up with injuries.