It’s a little over a month since Ben Stiller returned from Ukraine. It was there, as part of his work representing the UN Refugee Agency, that Stiller was granted an audience with President Volodymyr Zelenskyy, currently defending his country from a war of Russian aggression. It isn’t often that Ben Stiller is starstruck, but he marveled at Zelenskyy’s path, from comic actor to unflinching war premier. “I was really taken by the resilience of the people of Ukraine, and of the President,” he says now. “His incredible sense of how he has risen to the moment and offered his people leadership and true resolve to get through this awful situation.”

It would be churlish — insulting, even — to draw a comparison between a man fighting for the survival of his country and one who has just directed several episodes of a popular new television show. But leadership — particularly the quality that makes one good at it — appears to be of real fascination to Stiller. It is baked right into Severance, the Apple TV+ phenomenon that has earned Stiller two more Emmy nominations, as Adam Scott’s Mark grapples with his conflicting desires to ascend the corporate ladder and unpick the puzzle of the mysterious organization he works for. 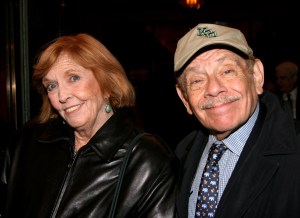 Stiller feels it at home, too, as he strives to prioritize fatherhood and his responsibilities away from the entertainment industry. He is currently learning the lessons of his late parents — the actors Jerry Stiller and Anne Meara — as he prepares a documentary about their lives. “I’ve had to gird myself a little bit for it, because I’m seeing my parents in [new] ways,” he says. “I look at how I’ve compared myself to them and my relationship with them, my relationship with my own kids.”

This kind of deep reflection is nothing new for Stiller, though as his career matures, he seems to have more opportunity to discuss it. He has never shied from acknowledging the advantages he was able to seize on, following his well-established parents into the entertainment industry. And yet it was Stiller’s own talent as a comic performer that truly launched his career, landing him a spot in the cast of SNL, and an Emmy for The Ben Stiller Show. It also confirmed him as one of the most bankable comedy movie stars of the ’90s and early 2000s, leading a string of feature film hits like There’s Something About Mary, Meet the Parents and Along Came Polly.

For many, that’s who Ben Stiller was: the guy who made them laugh. But he directed his first feature, Reality Bites, in 1994, and has been quietly building a formidable oeuvre behind the camera ever since. The tone of 1996’s unfairly maligned The Cable Guy hinted at Stiller’s fondness for darkness. With Zoolander, he learned how to craft a cult classic. With its sequel he learned the perils of being offered free rein. And with Tropic Thunder he expertly satirized the lunacy of his own industry. 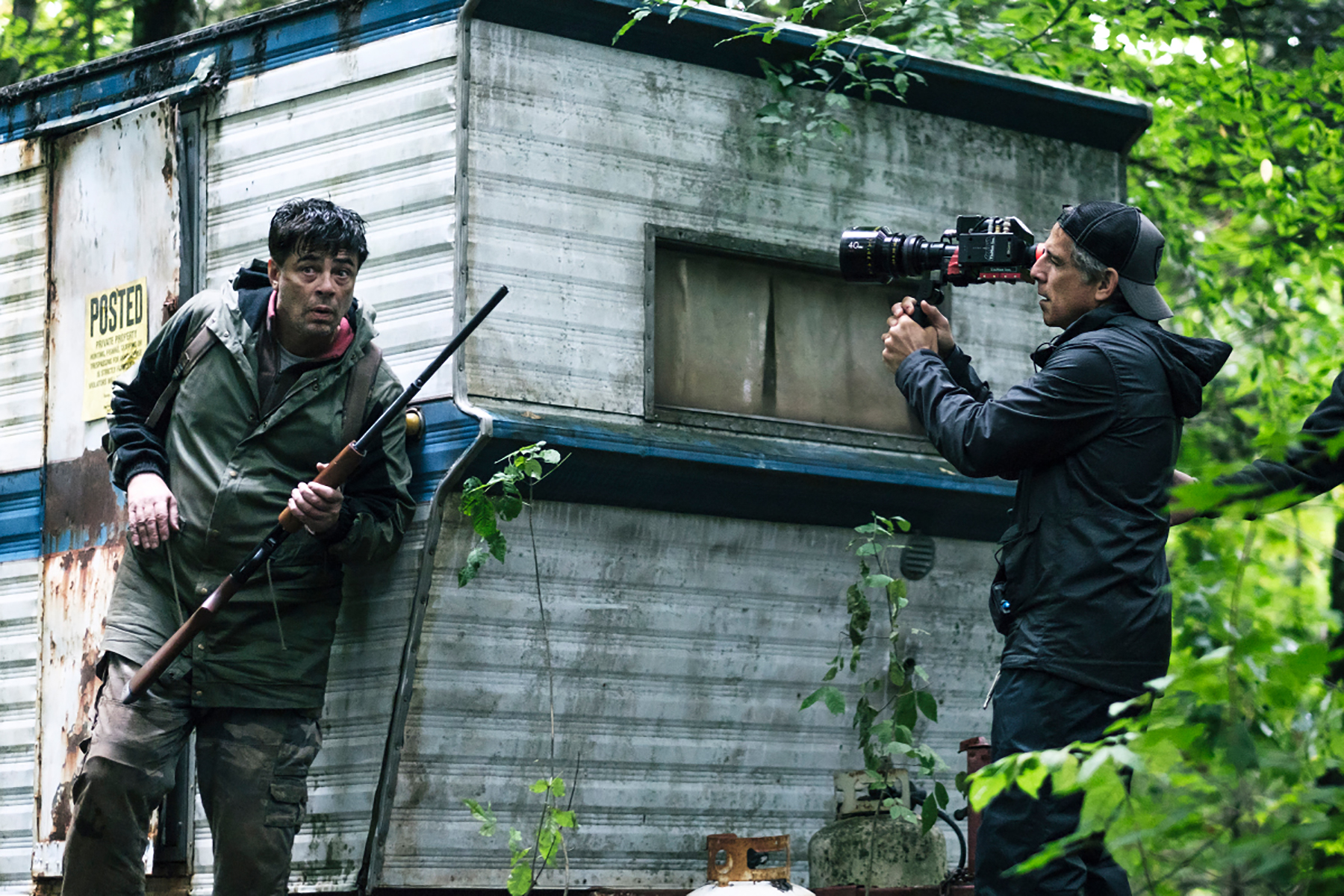 For anyone paying close attention, his dramatic turn with the limited series Escape at Dannemora was not entirely without precedent. Even his comedies find their laughs by picking at the darker side of human nature. So, too, does Severance, from creator Dan Erickson, which Stiller read and fell in love with some five years ago. “It’s a show about what we do to one another as human beings,” he says, of what drew him in and kept him engaged with the long journey to bring it to screen. “That tone of what’s underneath human interactions is fascinating. And the bigger question of what makes us who we are.”

He thought of Adam Scott, who has landed his first Emmy nominations for the show, to play Mark almost immediately. From the off, we follow Mark both inside and outside Lumon, a mysterious corporation dealing with unspecified trade secrets, in which employees’ consciousness is split between their work and home lives.

“It’s not a comedy,” Stiller insists, “but what fascinated me was that Dan was using a framework that, to me, is inherently a comedic framework: the workplace comedy. There’s inherent humor in these workplace relationships, like you find in The Office or Office Space, but then there was that other layer to it that makes it a lot weirder.”

He relished exploring, with Scott and the wider cast, which includes Britt Lower, Patricia Arquette, John Turturro and Christopher Walken, the idea that each character was split in two. Not two distinct characters, but two unique conceptions of the same individual. “I think it comes from the specificity of Dan’s writing,” Stiller says. “He set up a world where the littlest event becomes very important. It was fun to dig into the mundanity of the everyday office life that was happening, but suddenly there’d be a note or a map or a little glimmer of something that becomes very, very important.”

When Stiller’s career was ascending, he graduated from television into feature film. That was the hierarchy as many knew it: you could have success on television, but movies were what made you a true star. Those distinctions, he says, don’t exist anymore. When he did Dannemora, the nature of its narrative allowed him to consider its seven episodes as part of a whole: a 440-minute movie. Severance represents “a new world” for him, considering the way a continuing series must be architected to develop.

“I’ve heard the advice that if you’re doing a television series, you’re asking a lot of questions, and if you’re doing a movie, you’re answering them,” Stiller says. “People have to feel you’re telling enough of the story to feel satisfied that a story is being told, but this is a new thing for me at this point in my life, having directed a bunch of movies, where it becomes about maintaining the tone of [an ongoing] show. Really letting that emerge. And what you need to make it work is consistency. I didn’t know what the final tone of our show would totally feel like, but I knew that we had to have consistency about it.”

He’s excited, too, by the thought of helping create Severance’s second season with a hungry audience already established, and speculating wildly about what Lumon is, what everything means, and where the story threads might go next. “There are ideas that have been formulated in Dan’s head for years and years,” Stiller says, “but there’s also stuff that hasn’t been written yet. It has been interesting to have the season come out while we were still writing the second. We were in a vacuum for so long. It has been great to find that people are so invested in these details. It’s an encouragement for us to keep doing what we’ve been doing. [The audience] has become a part of it, and that’s inspiring.”

He hasn’t abandoned feature films, but he says the thought of making another movie comes with the realization that “those two hours are much more precious real estate”. He recalls a conversation with House of Cards creator Beau Willimon, with whom he discussed a collaboration. “He said, ‘Gosh, if we do a movie, it has really got to be a perfect poem.’ That’s how he looks at it, because you don’t have all that space and time to slowly develop characters. So, [making television] has given me a new appreciation for what that is, too.”

It’s that evolution that keeps Stiller engaged with his chosen profession. He has wavered over the years, with the consequences of becoming such a recognizable star, what he wanted to achieve, and yes, what it means to be a leader. But he insists he has never lost the hunger to create. He has just watched his friend Judd Apatow’s documentary about the comic George Carlin, American Dream. “It was really interesting to watch his progression over the years, and how he found his voice, lost his voice, found it again. I’m paraphrasing, but there’s something he says that is like, ‘As a creative person, you just keep going. You just keep on trying to get better, trying to get closer to something. You don’t even necessarily know what it is.’”

He relates to that. “Most people I know that have been doing this for a while, for better or worse they won’t dwell on the past. They’re looking forward at what they’re doing now and trying to get better. And by better, I mean expressing themselves more honestly, or more closely. I know as I’ve gotten older, that’s become more important to me. What am I going to resonate with in this? I don’t know if I can define it, but I know it when I relate to something. I’m learning to listen to my gut feeling more, and not necessarily analyzing why it draws me in.” 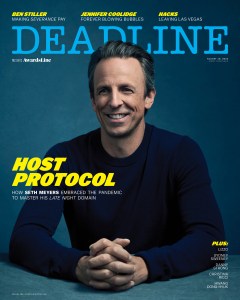 His work with the UN has taught him to use his voice for what matters most, too. His meeting with Zelenskyy, he hopes, shone a brighter light on the refugee crisis ongoing in Ukraine, as several months of headlines about prolonged bloodshed have inured outsiders to the country’s plight. “There are seven or eight million people, just within the country, who have been displaced,” Stiller notes. “It’s just so overwhelming when you see the reality of it. It’s human nature to want to turn the page as we get through our own lives and our own issues that are all very real to us. But when you go over there, you see it’s not just the physical effects of the war and the destruction. It’s also the trauma and the psychological effects of what happens when you’re forced to fight for your life in a situation that you have nothing to do with.”

Stiller told the people he met that he was amazed by their strength and courage. “They said, ‘For us, we have no choice. This is our country, and they’re trying to obliterate us.’ It makes you think what you’d do in that situation. Standing in solidarity with these people is so important.”