In the new movie “Beast,” a demonic lion gets a layered backstory like he’s Liam Neeson in “Taken.”

I don’t recall ever feeling bad for the deadly creatures in “Jaws” or “Anaconda” or “Lake Placid.” But my heart went out to this poor, murderous, widower lion hellbent on avenging the death of cute cubs and lionesses.

Yet, this is a film along the lines of the above trio (in an early scene one of Nate’s daughters even wears a “Jurassic Park” T-shirt) where we need to want man (the good ones, anyway) to win. We never poured one out for the shark. No tears were shed for raptors! These stories are campy, not emotionally complex, and this one makes you feel crummy in the end. 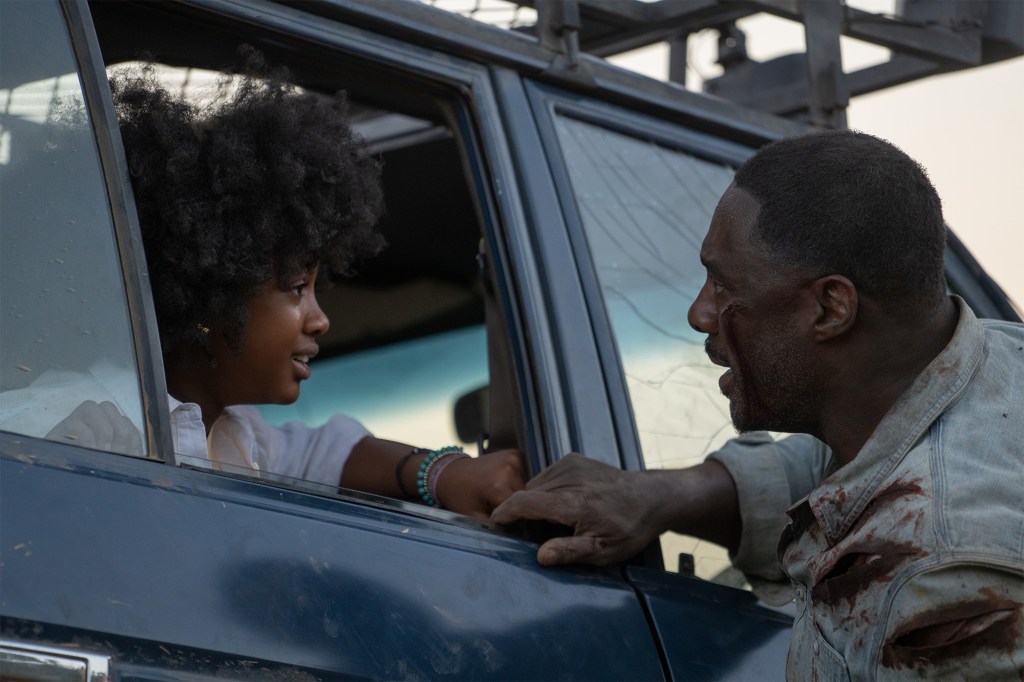 Nate brings his daughters to the faraway savanna after his ex-wife dies. The couple spent happy years there — he as a doctor and his wife as a wildlife photographer — and he thinks it would be good for the kids to connect with the place. What a great idea that turned out to be.

On the first day there, they go on safari with Nate’s old friend Martin (Sharlto Copley) and the group stumbles upon a savaged, corpse-strewn village and finds themselves face to face with Kitty Cat Cujo.

Their car, naturally, crashes into a tree and the rest of the film is them venturing outside of it (idiotically), returning in terror and trying and failing to avoid the creature.

There are some decent scares of the jump variety, and Elba gives a subtle performance given the circumstances. To give his character more oomph, the writers put him at an emotional distance from his daughters because they believe he abandoned their sick mom. A great way for a dad to reclaim his children’s love is by protecting them from a ferocious lion.

But it all comes down to Mr. Whiskers. The lion’s CGI animation is merely adequate, so even though he spooks you he never comes across as quite real. After some early thrills, director Baltasar Kormákur’s movie ceases to excite because the creature has no more surprises left. He just jumps through the window — again.

And the final epic fight is laughable. In real-life, Nate would be mauled to death in five seconds.