EXCLUSIVE: Season two of Euston Films’ BBC Three horror comedy Wreck is in development prior to the first airing, as creator Ryan J. Brown opens up about portraying queer identity and a scarcity of British slasher.

Newly-promoted Euston MD Noemi Spanos and Brown told Deadline they are busy developing the second season and Brown always planned the show to run for at least three. Meanwhile, the horror comedy is one of distributor Fremantle’s flagships being pushed to international buyers at Mipcom later this month. It launches on Saturday. 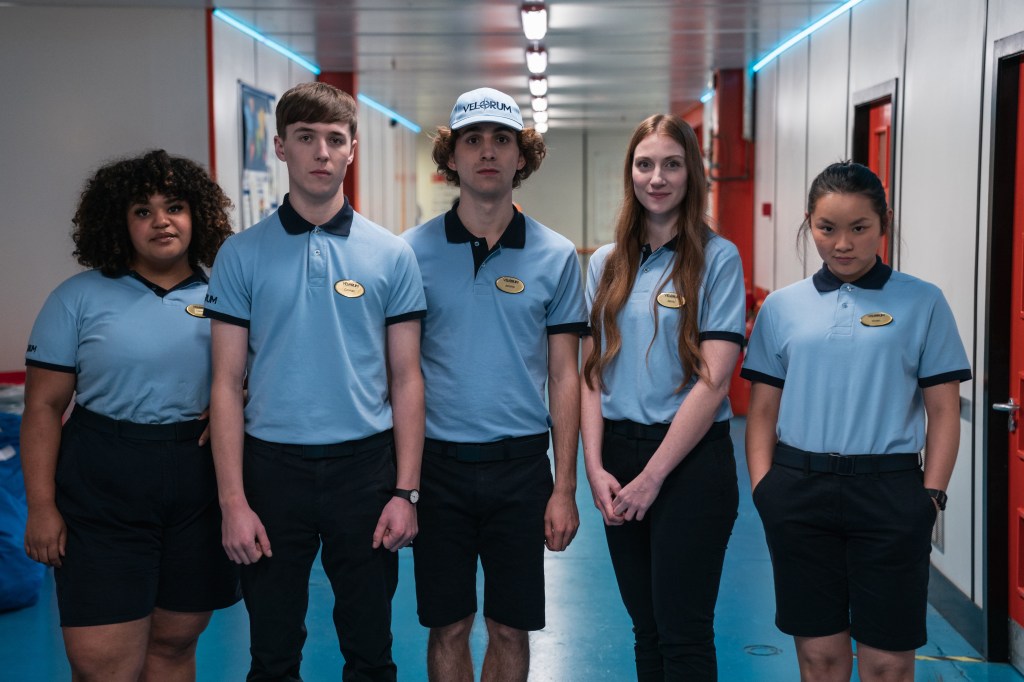 The cast of Wreck

The genre-bending show, a youth-skewing horror set on a cruise ship that has comic elements, “lends itself well to international sales,” according to Spanos. “The boat itself has a very international cast of characters coming together that should give it a broad reach,” she added, stating that Wreck’s trailer has already attracted widespread attention on social media.

Spanos and Brown are working on a different early stage project and Brown also has a show in development for BBC One. Wreck is the debut solo TV project for the BAFTA New Writing Prize winner.

Wreck follows 19-year-old Jamie Walsh, who boards mega cruise ship The MS Sacramentum as a new crew member. Jamie sneaks on under an assumed identity, so he can covertly investigate what happened to his sister, Pippa, who disappeared on the very same ship three months earlier. With scant details of her last days, Jamie begins ingratiating himself into her old social circles onboard, in the hope of getting to the bottom of the mystery.

Brown was inspired by the likes of Edgar Wright’s work, Buffy the Vampire Slayer and The League of Gentlemen but said British horror TV has been “few and far between.”

“You get horror in the UK but often it’s more ambiguous so I was surprised when the BBC threw themselves at it,” he added. “Horror hasn’t really been given a chance [in the UK]. There’s a nervousness about playing too much with genre. UK TV knows what works and sticks to it.”

At screenings, Brown said audiences had “reacted by saying I don’t think I’ve seen anything like that before, and that’s the best reaction I could hope to get.”

He was halfway through writing season one when the Covid pandemic struck.

“Suddenly this show took on a whole new meaning,” he added. “Kids were trapped with their futures being completely decided by adults. As a location, the cruise ship suddenly felt unifying.”

Along with horror, Brown said UK TV has lacked shows on queer identity and he wanted to be subtle in the way in which he introduced these themes to Wreck. Played by Ladhood’s Oscar Kennedy and Curfew’s Thaddea Graham, the two main characters are LGBTQ+, but Brown didn’t want their queer identity to be the focus.

“I didn’t want trauma for them to have to wade through,” he said. “The characters’ queer identities prepare and inform them for the struggles they face in the show. Queer people are adept at sniffing out danger so we’re good protagonists for a show where there is always danger around the corner.

She also credited casting director Louise Kiely, who also cast Conversations with Friends and Normal People, for bringing together a “really exciting mix of fresh and established” young actors including Kennedy, Graham and Noughts and Crosses star Jack Rowan.