EXCLUSIVE: More change afoot in the BBC Studios/UKTV acquisitions team as exec Roxana Rehman is upped to take on the Global Acquisitions Manager role revealed by Deadline several weeks ago.

Rehman, a former Head of Programming for British channel PBS America, has secured the newly-created post after four years with BBC Studios-owned UKTV and will now be responsible for sourcing and securing content for UKTV channels such as Alibi, Dave and Gold along with the likes of BBC First, BBC Earth and BBC Brit – channels that BBC Studios operates outside of the UK. She will also oversee the Acquisitions Executive and Acquisitions Assistant.

BBC Studios airs originals and shows from its back catalogue on its UKTV channels along with acquired offerings such as The Good Wife (pictured), which aired last night on drama channel Alibi.

Rehman is on maternity leave and will start later in the year, with former Viasat Acquisitions and Programming Manager Jimmy Rumble (pictured – below) covering for her on a fixed-term contract from the end of this month. 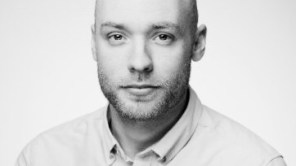 Rehman reports into Global Head of Acquisitions Melanie Rumani, who created the Global Acquisitions Manager post due to an overload of work late last year. Rumani was promoted in 2020 when BBC Studios combined its acquisitions team with UKTV under the leadership of Adrian Wills.

Charalambous has joined growing Four Hours at the Capitol distributor Abacus Media Rights to lead on acquisitions, news that was unveiled yesterday.

The moves come in a big year for the BBC’s commercial arm BBC Studios, which is under pressure to increase its returns to the BBC. Interim CEO Tom Fussell recently took over on a permanent basis following a year-long search for Director General Tim Davie’s replacement. How To Watch The SAG Awards Nominations... Some Teens Are Falsely Self-Diagnosing...