Emily Mayfield, the wife of new Panthers quarterback Baker Mayfield, is acclimating quite well to her new home in North Carolina.

Earlier this week, Emily took to Instagram numerous times to pay homage to the Panthers, who will play their first preseason game on Saturday against the Commanders in Washington.

Emily — who was a regular at Mayfield’s games during his time in Cleveland — showed off her new Panthers gear in one post, which included a custom jean jacket decked out in Carolina’s blue and black color scheme. 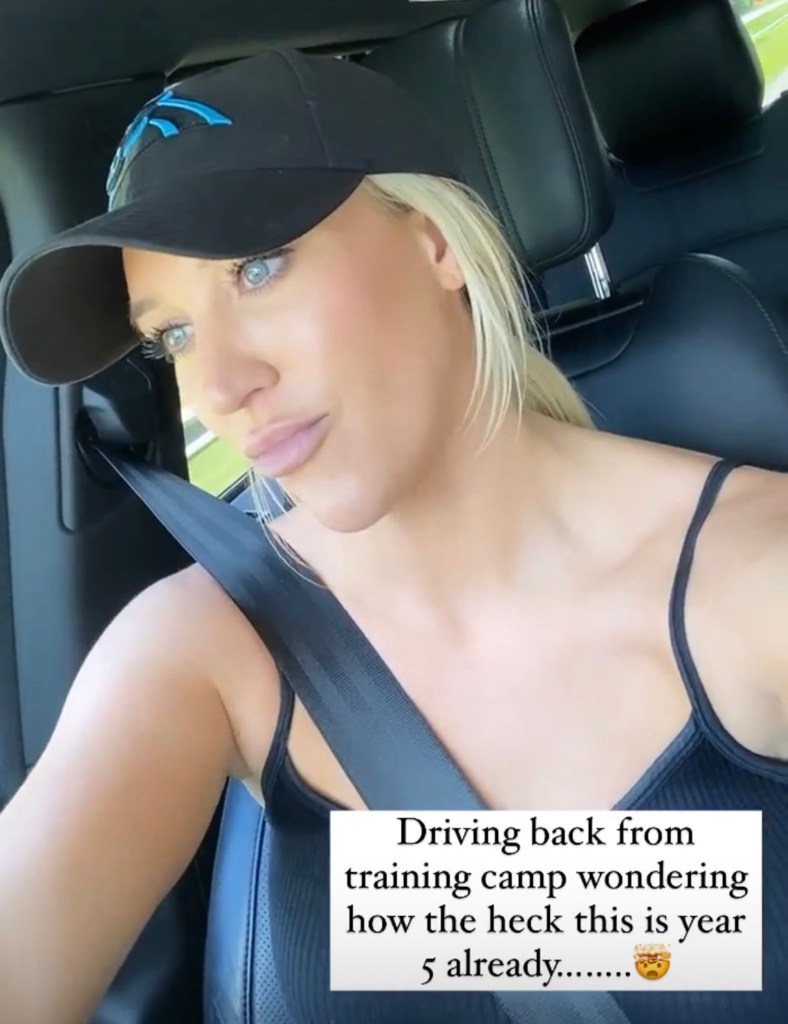 The proud wife has been promoting Carolina’s upcoming season, even polling her 226,000 Instagram followers about whether they’ll be attending games at Bank of America Stadium. Emily also asked Charlotte locals about various beauty remedy establishments in the area.

Though Mayfield, 27, has been busy getting reps in at training camp, Emily is never far from his mind. In fact, he sent her a gorgeous bouquet of flowers, as shown in one of her recent Instagram Stories.

On Thursday, however, Mayfield appeared to be resting at home, where he spent some quality time with the couple’s dog, Fergus. The trio also “cheered on” golfer Max Homa, who is currently competing in the FedEx St. Judge Championship at TPC Southwind in Memphis. 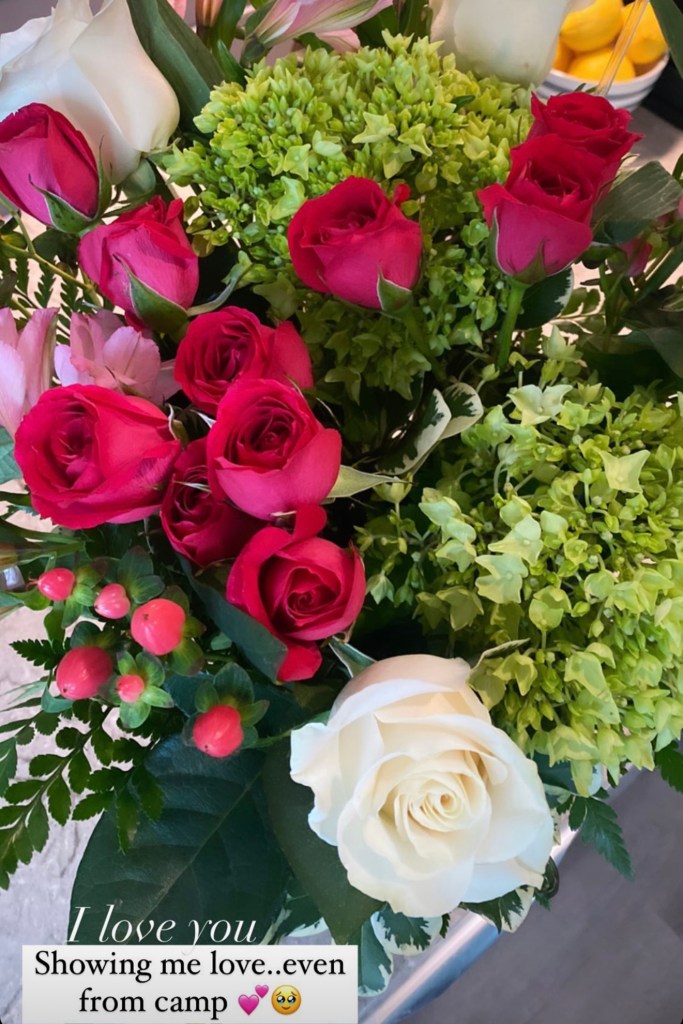 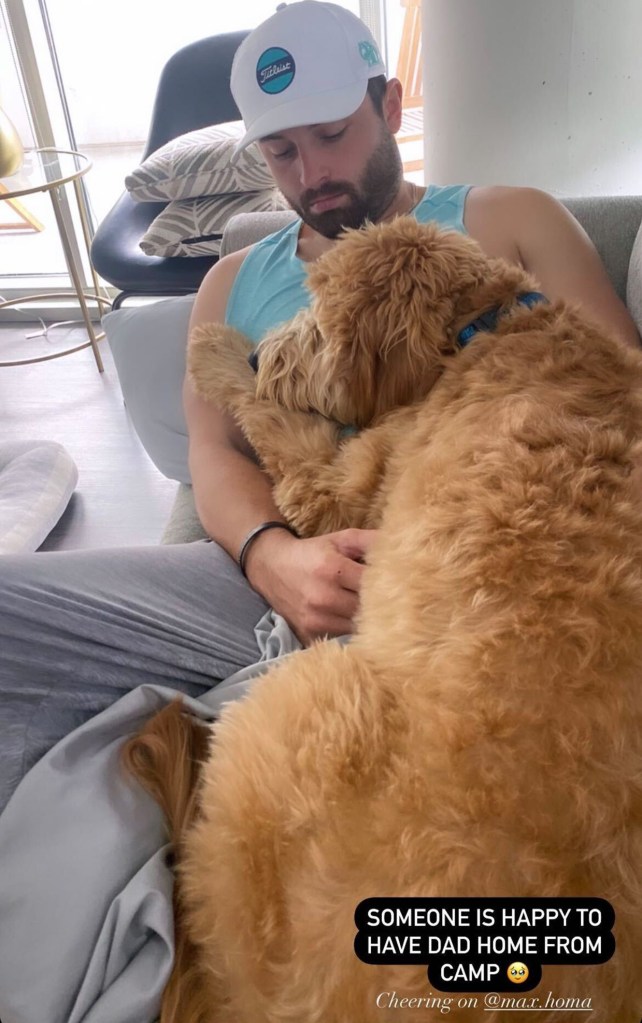 Baker Mayfield cozies up with his dog ahead of the Panthers’ preseason game. Instagram/Emily Mayfield

Recently, Emily expanded on what it’s like to be a Panthers WAG while the team is at training camp in an Instagram “ask me anything.”

“Every team is different! But… they stay a little over an hour away, but I can go visit him at night if I want,” Emily replied to a fan that asked if she’s able to “see Baker at all” during training camp.

“Truthfully though, with him studying the new playbook & being in a new system, I let him focus and do his thing during the week. He also gets to come home one day/night per week so we make up for the week.” 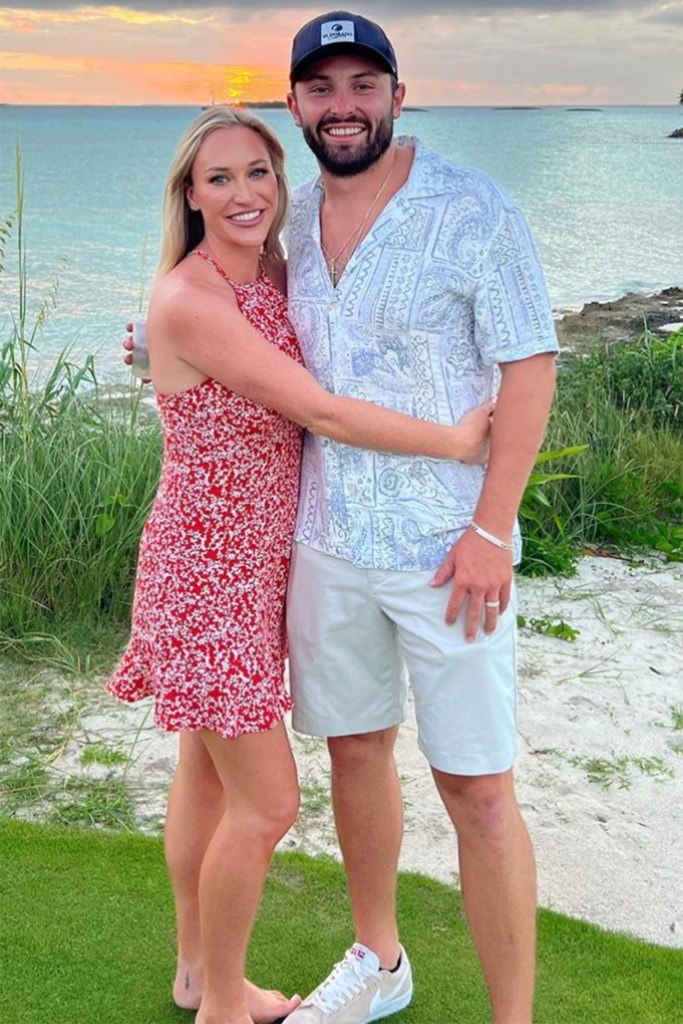 Baker Mayfield and his wife Emily at the beach. Instagram/Emily Mayfield 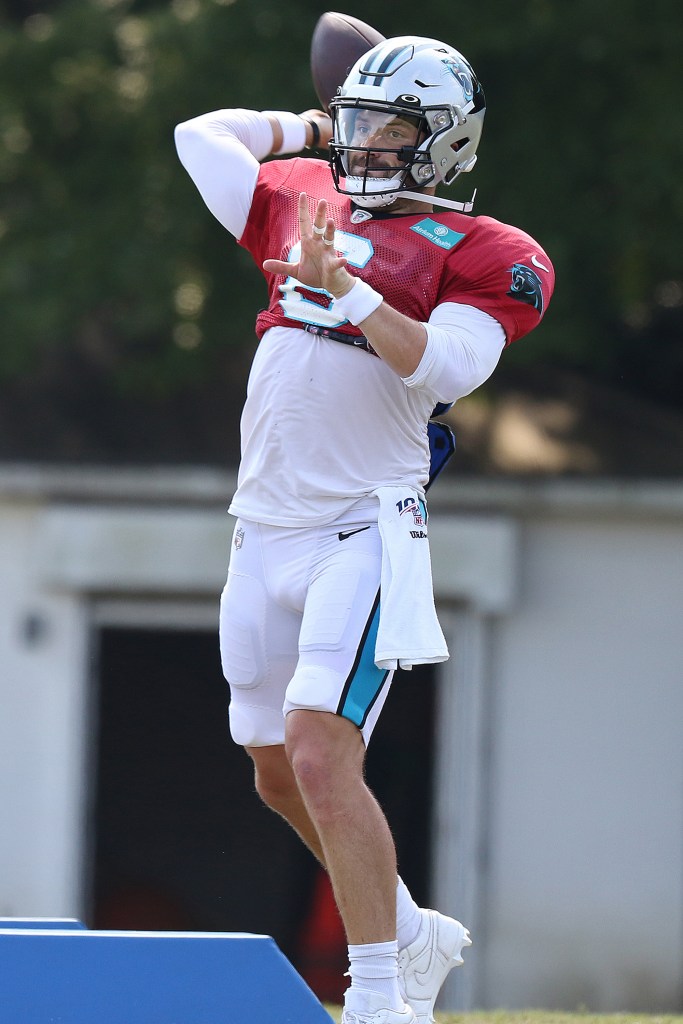 Elsewhere in the “ask me anything,” Emily also addressed the quarterback’s contentious exit from the Browns. In response to a fan who said they “hated” how Mayfield’s situation played out in Cleveland — before the team traded the former first-overall pick to Carolina last month — Emily said there’s “no ill will” on their end.

“End of the day, it’s a business! Baker and I are so thankful for our 4 years there!” she wrote.

Mayfield landed with the Panthers four months after he initially requested a trade out of Cleveland. At the time, the Browns made a surprise play for his replacement in then-Texans quarterback Deshaun Watson.

Mayfield is now competing for the starting job in Carolina with former Jets quarterback Sam Darnold.

The Panthers will host the Browns in Week 1.