‘Back to the Future’ musical will need more than 1.21 gigawatts on Broadway The new musical of “Back to the Future,” based on Robert Zemeckis’ classic 1985 science fiction film that starred Michael J. Fox, will open on Broadway in 2023, producers announced Wednesday.

Sources told The Post that next spring the time-traveling DeLorean will land at the Winter Garden Theatre, where “The Music Man” starring Hugh Jackman is currently waiting for the Wells Fargo Wagon.

Wolverine will depart when his contract expires, and the oh-so-bankable star will not be recast, a source close to the production said. Makes sense. Jackman just listed his West Village home for $38.9 million.

I saw “Back to the Future” last summer at London’s Adelphi Theatre. Thankfully the show only covers the first flick, so there’s no Biff’s baseball book or Wild West shootouts. And it’s very much a musical. Marty, Doc and George sing and dance about the flux capacitor (“It Works”), and then sing and dance some more about how George can win Lorraine (“Gotta Start Somewhere”). 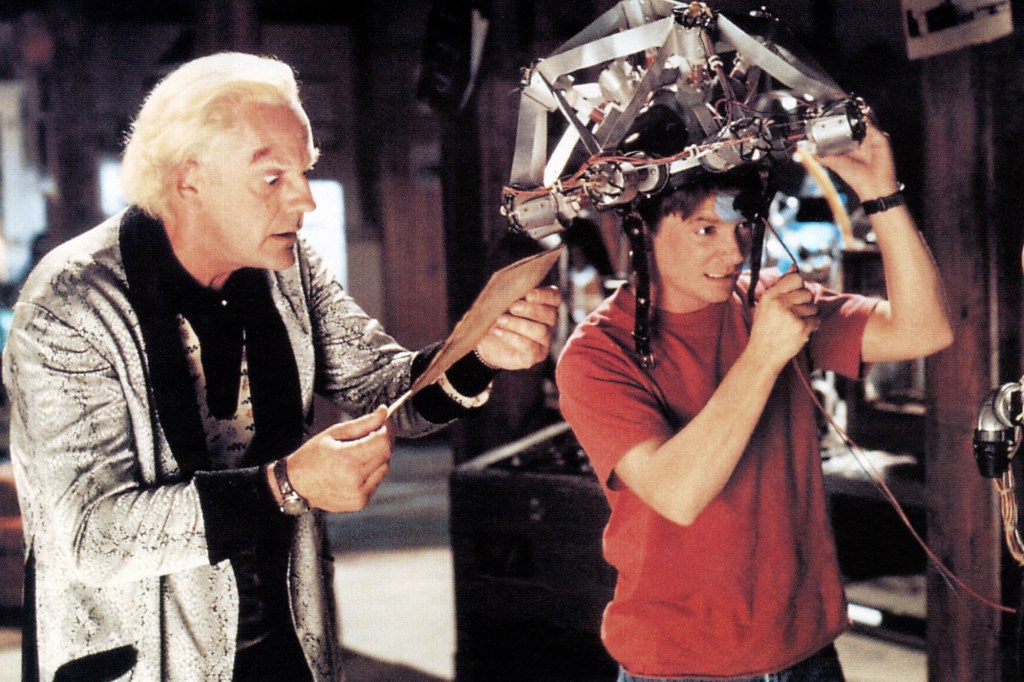 Christopher Lloyd and Michael J. Fox in 1990’s “Back to the Future III.” The musical that is coming to Broadway is based on the first film. ©Universal/Courtesy Everett Collection

The problem, unfortunately, is all those oddball songs. None of the new tunes by Glen Ballard are any good — a strange dream sequence  number called “21st Century” that starts Act 2 looks like a new age cult ritual and should be axed pronto — but fans will be relieved to know that movie favorites like Huey Lewis’ “The Power of Love” and Chuck Berry’s “Johnny Be Good” are kept in and have 1.21 gigawatts of energy.

And the non-singing sections are great fun, too. Especially the impressive DeLorean that flies partly over the audience, lights up and spins around. Broadway has been overdue for a new chandelier or helicopter from Britain.

No casting has been confirmed yet, but the talented British actor Olly Dobson plays Marty McFly in London and captures every inflection and mannerism from the movie, and Broadway stalwart Roger Bart plays Doc Brown. Don’t expect to see Dobson, a production source said, but Bart, who tackled a similar role in “Young Frankenstein,” will likely come to New York — Christopher Lloyd wig and all.

“Back to the Future” boasts a great title that could appeal to tourists, and it won this year’s Olivier Award for Best Musical across the pond over heavy hitters “Moulin Rouge!” and “Frozen.” But it also brings to mind another production that played the Winter Garden back in 2014: “Rocky the Musical.” The boxing show had name recognition, jaw dropping technical achievements and a lousy score. It closed as a massive flop.

We’ll soon see just how powerful “The Power of Love” is.