Baby born with full head of hair stuns TikTok: ‘Nicer than mine’ There’s no denying this newborn was the hair apparent of good genes.

The mother of a baby born with a full head of hair was told she’d lose it by the time she was six months old. Instead, her locks have only grown thicker and more luscious.

Hannah Beddows posted a video of her daughter’s enviable mane to TikTok — showing her, then, as an infant with a thick head of hair, and now, rocking even more hair.

Beddows was told by doctors that “most of [her daughter’s] hair will fall out,” she claimed in text over the video, now with over 4.7 million views.

She captioned the clip, simply, with the crying-laughing emoji, as the tot has seemingly not lost a strand of hair since birth. 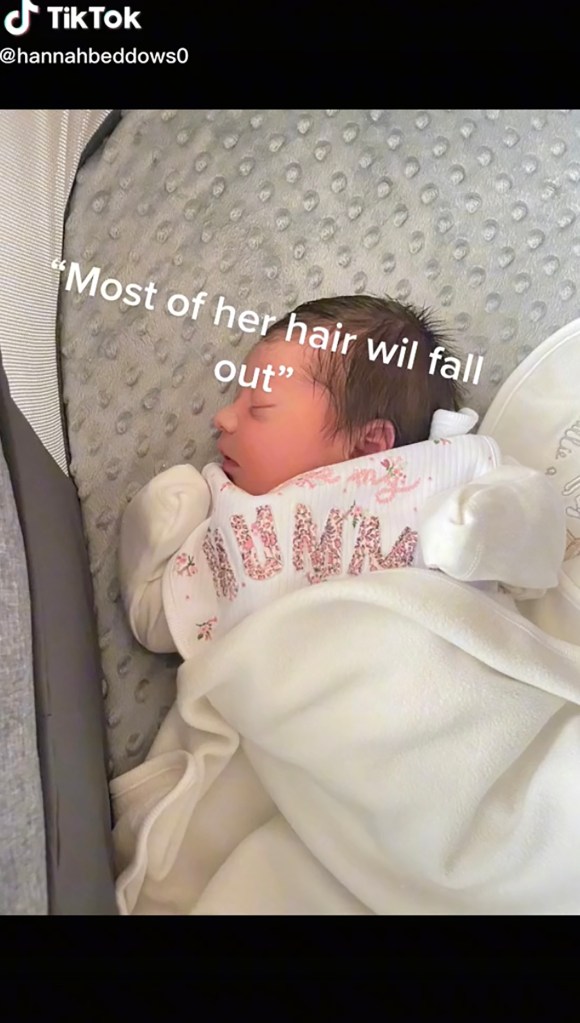 The mom was told her baby’s hair would most likely fall out by the time she was 6 months old.@hannahbeddows0

There’s no predicting why or when a baby will be blessed with a lush head of hair. Regardless of its length at birth, most children do lose their hair by the age of six months due to hormonal changes in the body, according to doctors, though it does grow back. But that hasn’t yet been the case for Beddow’s brood.

Those on the app were quick to catch on to her baby’s passing resemblance to the swoon-worthy locks of “Stranger Things” star Joe Keery.

“Steve the hair harrington,” one user called Beddow’s baby, in reference to Keery’s character on the Netflix series. “Steve Harrington when he wakes up,” echoed another, noting the bedtime setting depicted in the TikTok. 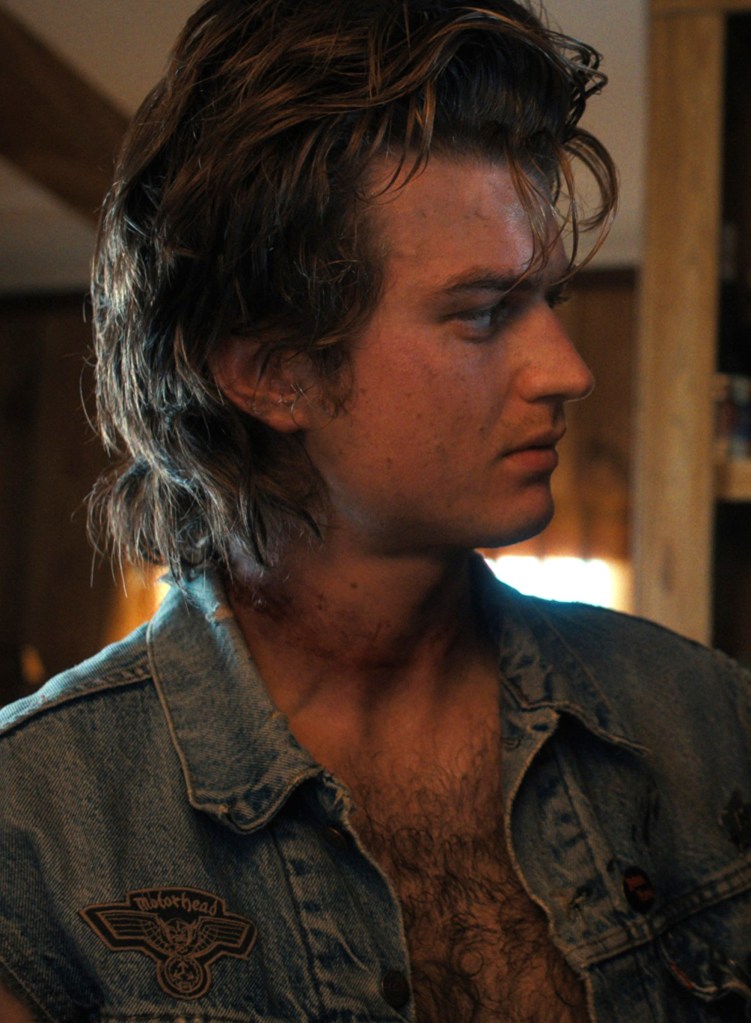 Some admirers pointed out the baby’s hairstyle was remarkably similar to Joe Keery’s character in ‘”Stranger Things.”©Netflix/Courtesy Everett Colle

Other inquiring minds asked to know the baby’s secrets to a healthy head full of hair.

“Why is the hair nicer than mine,” questioned one admirer. 81-year-old who sang with The Beatles shocks...