It seems as if the Red Sox are open for business.

With the trade deadline less than 24 hours away, Boston is trading catcher Christian Vazquez to the Astros in exchange for a pair of minor league prospects, ESPN’s Jeff Passan first reported.

Vazquez, a popular trade deadline target, is hitting .282 with a .759 OPS in 84 games this season. He figures to fortify a Houston catching situation that has predominantly relied on a pair of defensive-minded players in Martin Maldonado and Jason Castro. In addition, Vazquez will provide another option at first base and designated hitter.

On the heels of a disastrous 8-19 July — including a 3-7 mark since the All-Star break — the Red Sox have fallen to last place in the AL East, with a 51-52 record. That downward trajectory has seemingly spurred Boston to sell, with Vazquez being the first domino to fall. 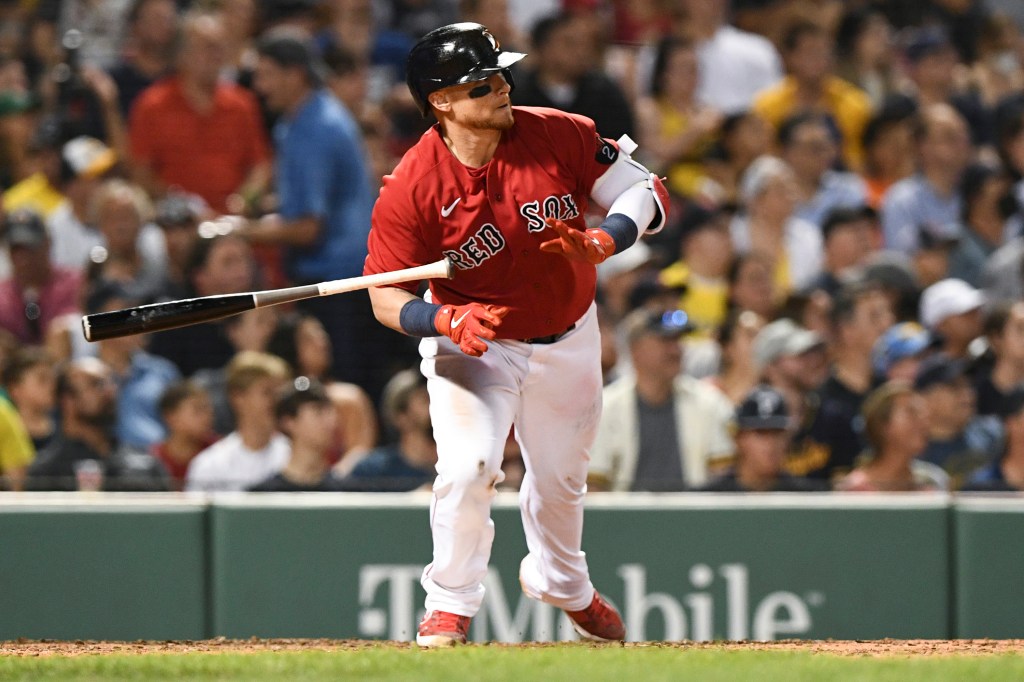 Vazquez has been an offensive threat at catcher for Boston this season. Getty Images

And he may not be the last, as Boston boasts a number of other players who could draw interest ahead of Tuesday’s deadline — namely, veteran designated hitter J.D. Martinez, who could be an ideal candidate for the Mets as a reliable right-handed bat.

It doesn’t seem to be a complete fire sale, however, as Boston is nearing a deal to acquire outfielder Tommy Pham from the Reds, according to Passan. The 34-year-old is hitting .238/.320/.374 this season. The also acquired White Sox catcher Reese McGuire for pitcher Jake Diekman to replace Vazquez, according to reports.

The Vazquez deal marks the second trade of the day for the Astros, who landed Baltimore’s Trey Mancini earlier on Monday.

With the Red Sox and Astros beginning a three-game series in Houston Monday, Vazquez will merely have to walk across the field to join his new team. Luis Severino out until at least mid-September...