Aroldis Chapman’s return was short and not quite up to par.

The left-handed reliever made his first appearance since suffering an Achilles injury in May against the Guardians on Saturday, walking all three batters he faced before getting pulled. He was credited with two earned runs and threw 19 pitches. 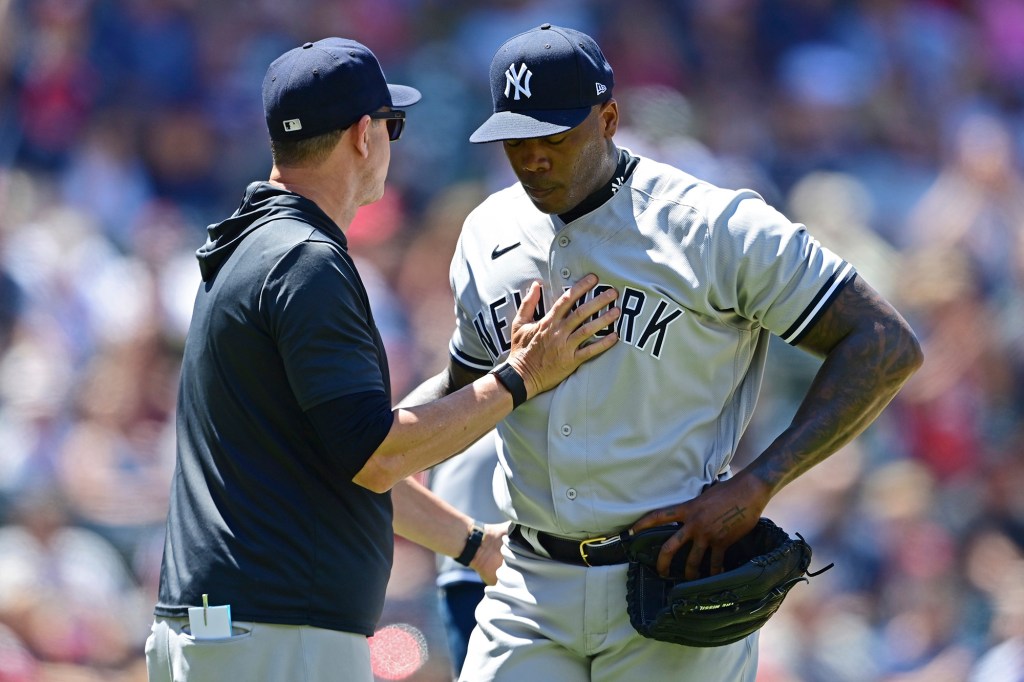 Aroldis Chapman is pulled after walking all three batters he faced. AP 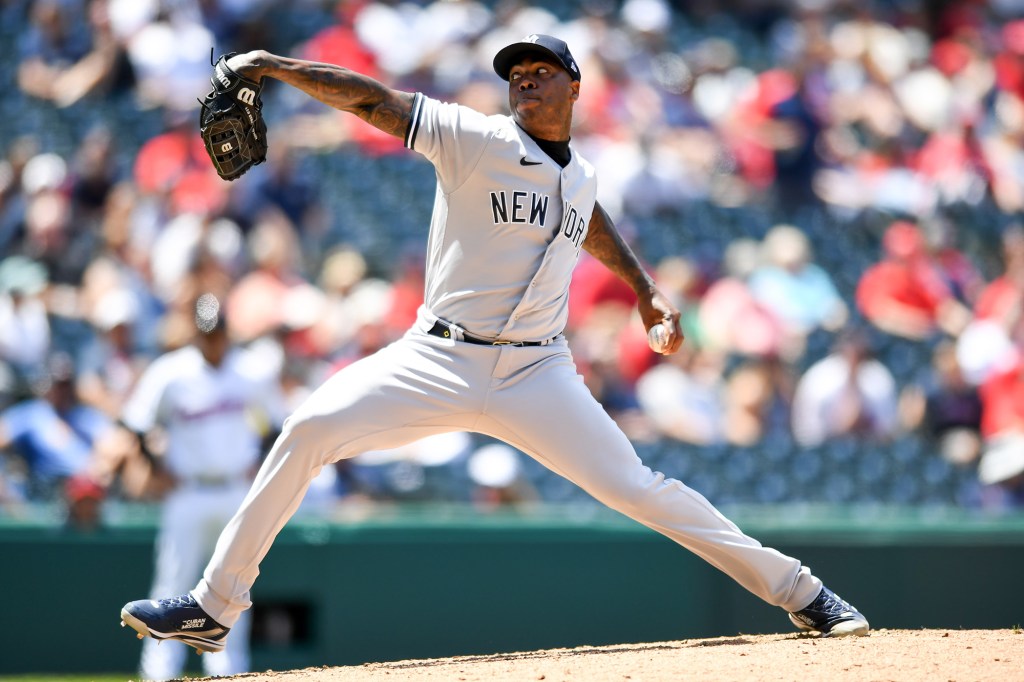 Aroldis Chapman pitches on Saturday during the Yankees’ win over the Guardians. Getty Images

Chapman had three successful rehab outings leading to his activation, and Aaron Boone said Friday that the Yankees had worked with him on his delivery as well.

Prior to going on the IL, Chapman was struggling, allowing at least a run in five straight appearances. That number is now six.