Now an upcoming docuseries is promising to expose details about not only the Hollywood actor’s shocking downfall — but also alleged coverups of abuse claims from five generations before him.

“You don’t just wake up and become this dark controller, abuser,” a commentator says in the chilling trailer. “This behavior is deep-rooted.”

The docuseries will feature two of Hammer’s accusers, ex-girlfriend Courtney Vucekovich and artist Julia Morrison, who appear on camera and share disturbing texts and direct messages he allegedly sent them on social media in which he reportedly describes detailed sexual fetishes and a desire to eat their flesh. 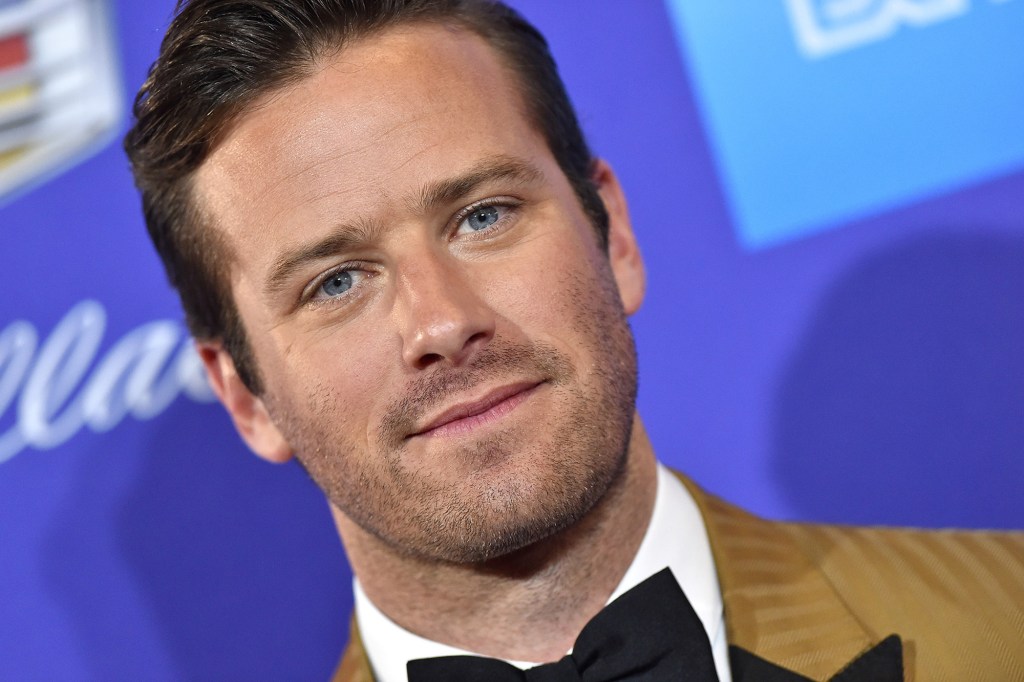 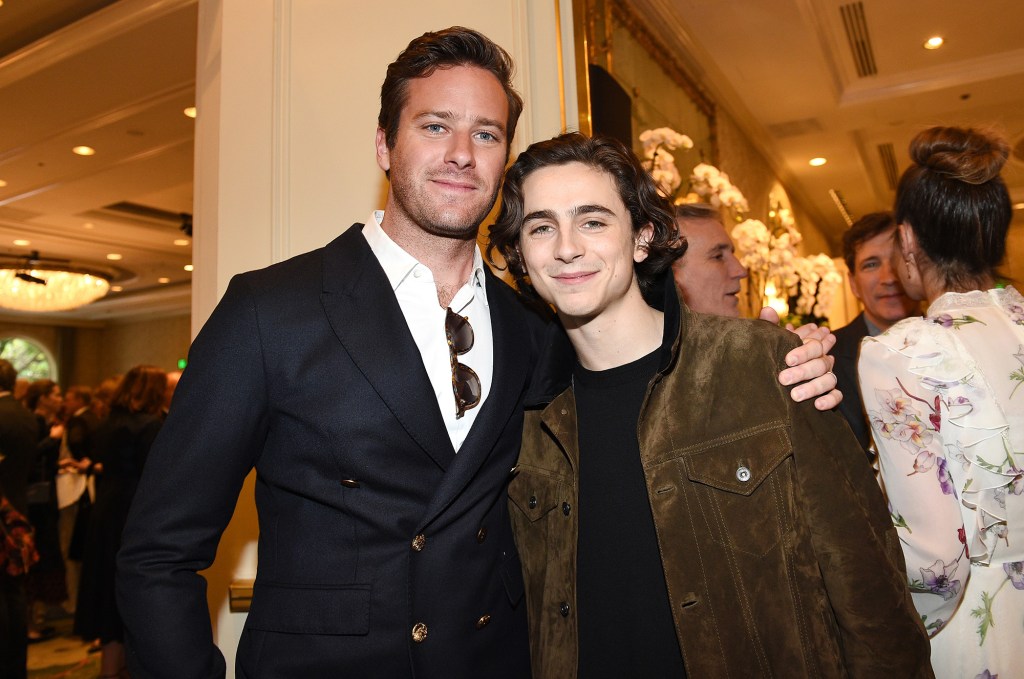 The actor rose to fame after his performance in “Call Me By Your Name” in 2017. He is pictured with his co-star, Timothée Chalamet (right).Getty Images for BAFTA LA

The women describe the 35-year-old actor as being charming at first, and then he starts “pushing your boundaries a little at a time,” they claim, by telling them they’re his “completely” as they provide harrowing messages that the “Social Network” actor reportedly sent them.

“I have a fantasy about having someone prove their love and devotion and tying them up in a public place at night and making their body free use,” one alleged message from the “Call Me By Your Name” star reads.

“My bet was going to involve showing up at your place and completely tying you up and incapacitating you and being able to do whatever I wanted to every single hole in your body until I was done with you,” an alleged voice memo from the actor says. 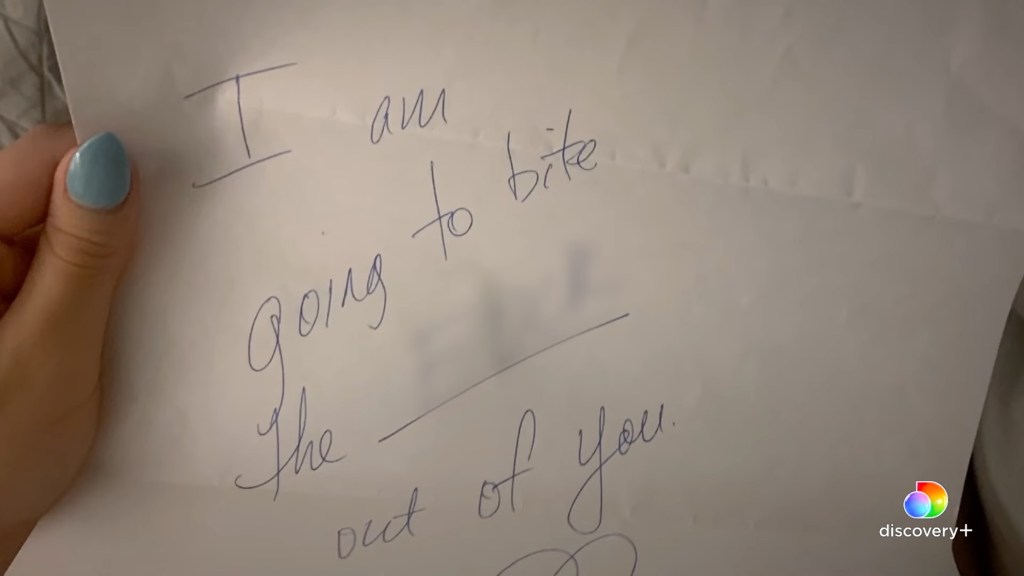 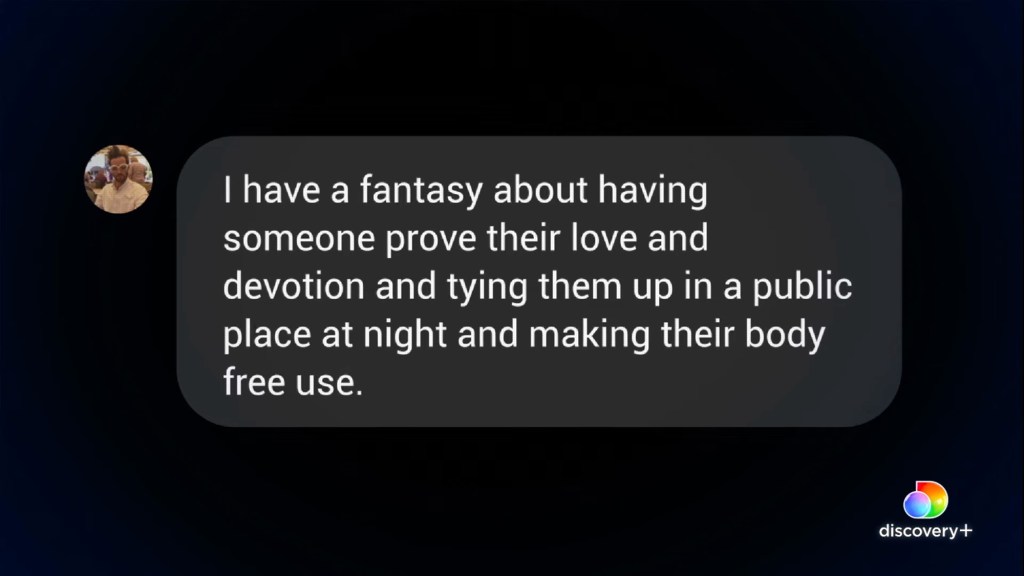 Vucekovich and Morrison claim he was manipulative and controlling during their relationships.Discovery+ 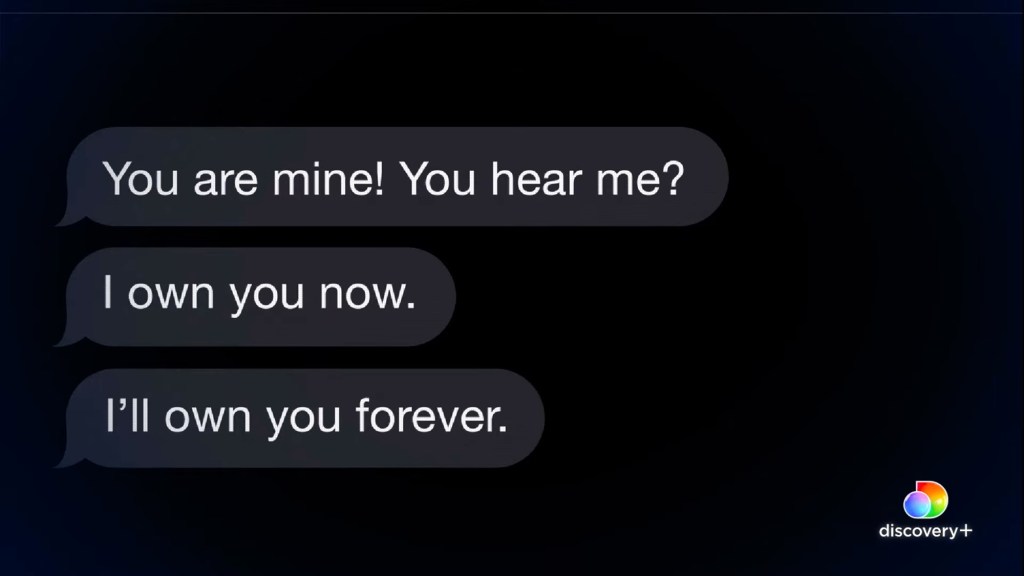 The docuseries shows messages the star reportedly sent to the women.Discovery+

Despite looking like a “perfect family,” the ultrawealthy Hammer clan is like “Succession” but magnified by a “million times,” according to Hammer’s aunt Casey Hammer, the sister of Armie’s father, Michael.

“If you believe about making deals with the devil, the Hammers are top of the totem pole,” she says in the dramatic trailer. “Every generation of my family has been involved in dark misdeeds. And it just gets worse and worse and worse.”

“Debauchery. Deceit. Abuse. Addiction. Corruption. Over the course of five generations, the men in the Hammer family have more secrets and scandals than any vault can contain,” the synopsis for the three-part series reads, adding that “dark and twisted” secrets of the Hammer family are coming to light.

“Behind the money and power lies a dysfunctional dynasty with its male characters exhibiting all the devastating consequences of privilege gone wild,” it reads. 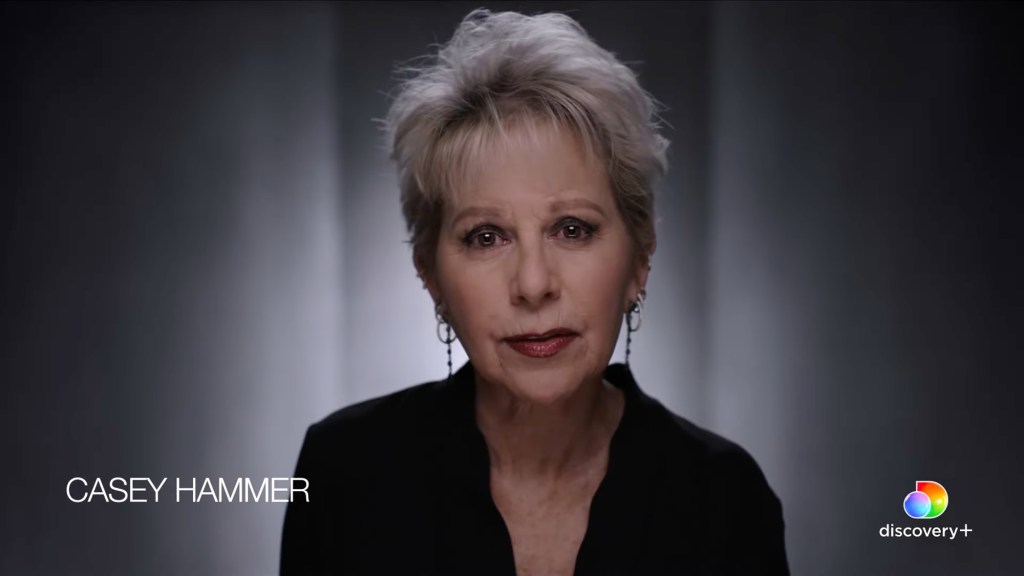 Hammer’s aunt, Casey Hammer, appears in the series, saying she was “not shocked” by the accusations.Discovery+

In a statement, Jason Sarlanis, Discovery’s president of crime and investigative content for linear and streaming, said the accusations of “rape and abuse” were “just the tip of the iceberg.

“This documentary provides an important platform for the incredibly courageous women who came forward to share their stories, and we hope their courage inspires others to continue meaningful conversations around abuse in our society,” he said.

Armie Hammer’s fall from grace began in 2021 with leaked texts and direct messages from several women on social media, claiming they were from the actor and detailing graphic messages about his desire to drink blood, descriptions of scenes of sexual control and, in one message, declaring himself to be “100% a cannibal.” 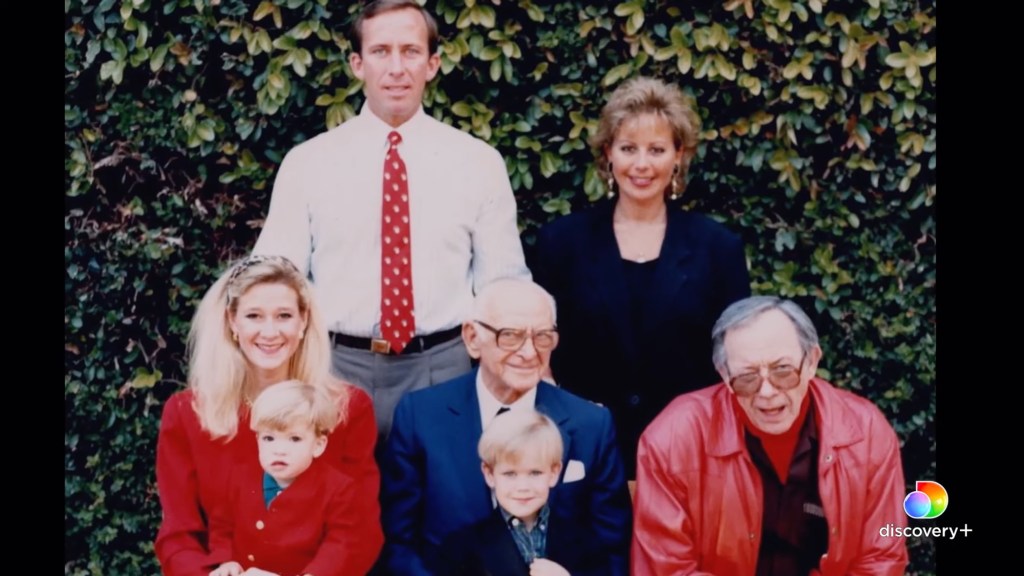 According to the film’s trailer, Armie Hammer’s scandal is just the “tip of the iceberg.”Discovery+

In early 2021, a woman who went by the Instagram handle @houseofeffie, claimed to have had an affair with him and began sharing screenshots of the messages he reportedly sent her, claiming he had affairs with at least five other women while he was married to Elizabeth Chambers, who filed for divorce in July 2020.

One woman — who was named Effie and was represented by attorney Gloria Allred — accused Hammer of rape in March 2021, prompting the LAPD to conduct an investigation. She declined to answer when asked if she was @houseofeddie, but alleged Hammer “violently” raped her as well as “mentally, emotionally and sexually” abusing her during their four-year relationship. 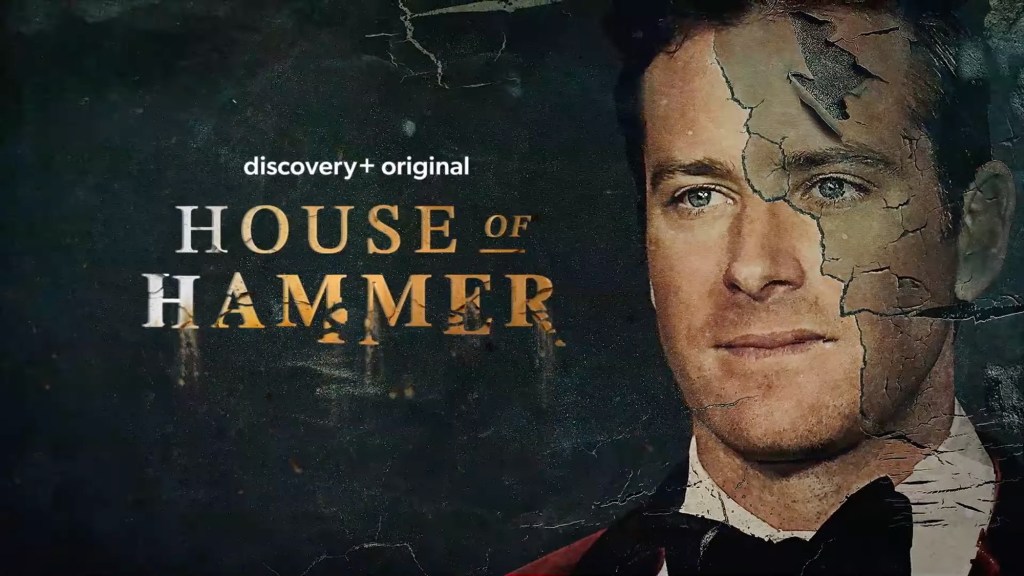 The docuseries will be available on Discovery+ on Sept. 2.Discovery+

At the time, Hammer called the allegations “bulls – – t,” citing “vicious and spurious online attacks,” but he was subsequently dumped from a series of high-profile projects following the accusations — including “Shotgun Wedding” with Jennifer Lopez and the Broadway play “The Minutes.” He was also dropped by his agency, WME.

Hammer reportedly left LA to live in the Cayman Islands near his estranged wife and their two kids — Harper, 7, and Ford, 5 — which led to rumors that he was “broke” and selling timeshares there to make ends meet. He also spent six months in a Florida rehab center, which was allegedly paid for by Robert Downey Jr.

“House of Hammer” premieres on Discovery+ on Sept. 2.