West Side Story Oscar winner Ariana DeBose will star in the Prime Video and Blumhouse Television psychological thriller House of Spoils, in which she plays an ambitious chef who opens her first restaurant, and contends with the powerful spirit of the estate’s previous owner who threatens to sabotage her at very turn.

Bridget Savage Cole and Danielle Krudy are directing DeBose off their own script based on their original idea. House of Spoils reteams Cole, Krudy, Secret Engine, and Amazon Studios following the latter’s acquisition of Cole and Krudy’s Blow the Man Down, produced by Secret Engine, out of 2019 TIFF. Cameras will roll this fall. 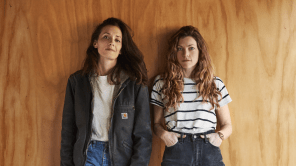 Tony Awards Review: The Highlights, Some Lowlights & All Praise For The Unstoppable Ariana DeBose

DeBose took home the Oscar, BAFTA, Critics Choice, and SAG Awards for her star turning role as Anita in Steven Spielberg’s remake of West Side Story. In winning her Oscar, she became the first openly queer Afro Latina to win an Academy Award. She is also starring in Sony’s Kraven the Hunter which will be released on Jan. 13, 2023 and Matthew Vaughn’s action film Argylle for Apple. She will also star in Gabriela Cowperthwaite’s space thriller I.S.S. DeBose’s other credits include AppleTV+’s Schmigadoon! and Ryan Murphy’s Netflix adaptation of the hit-Broadway musical The Prom. She starred on Broadway as part of the original cast of Hamilton and Summer: The Donna Summer Musical which earned her a 2018 Tony Award nomination for Best Featured Actress in a Musical.

Cole and Krudy’s debut feature Blow the Man Down won TIFF’s prize for Best Narrative Screenplay before premiering internationally at the Toronto International Film Festival, and was nominated for an Indie Spirit Award for Best First Screenplay.

“Since Blow the Man Down, we have been huge fans of Bridget and Danielle’s unique filmmaking voice and knew we needed to be a part of whatever they wanted to do next,” said Julie Rapaport, head of movies at Amazon Studios. “Pairing their thrilling script with Ariana’s incredible talent is a dream come true, and we could not be more excited to bring this story to the screen and to our customers around the world.”

“We’re excited to see Ariana’s fresh, bold and spirited energy that won her an Oscar in a role that is completely different,” said Chris McCumber, president of Blumhouse Television. “And with the gifted filmmaking team of Bridget and Danielle, the talent in front of and behind the camera is exceptional.”

Producers for House of Spoils are Jason Blum for Blumhouse; Alex Scharfman, Lucas Joaquin, and Drew Houpt for Secret Engine; and Adam Hendricks and Greg Gilreath for Divide/Conquer. Executive producers are Chris McCumber and Jeremy Gold for Blumhouse Television.