The biodegradable beds used by Olympic athletes are being recycled for the sick.

Cardboard beds created for competitors at this summer’s Tokyo Olympic games are set to get a second life at temporary medical facilities overwhelmed by victims of Japan’s spiking COVID-19 rates. The 18,000 beds, which were installed at the notoriously sexed-up dorms for athletes, Olympic Village, were initially reported to have been made of cardboard in a move to deter sex.

“Beds to be installed in Tokyo Olympic Village will be made of cardboard, this is aimed at avoiding intimacy among athletes,” American distance runner Paul Chelimo tweeted.

“Beds will be able to withstand the weight of a single person to avoid situations beyond sports,” Chelimo went on. “I see no problem for distance runners, even 4 of us can do.”

This, however, was determined to be inaccurate: Despite being constructed of cardboard, the beds are quite sturdy and can withstand over 400 pounds each. “Those beds were for Olympians and they are high-quality,” Osaka Gov. Hirofumi Yoshimura said Saturday in announcing the beds’ new use, the Japan Times reported.

Now, a week after the end of the long-delayed Olympics and Paralympics, approximately 800 of the beds will likely be transferred to a medical facility helping non-critical COVID-19 patients with minimal to no symptoms in Osaka. The prefecture reported its highest daily COVID caseload count since the beginning of the pandemic on Sept. 1, and more than 65% of its COVID-designated hospital beds are currently occupied. 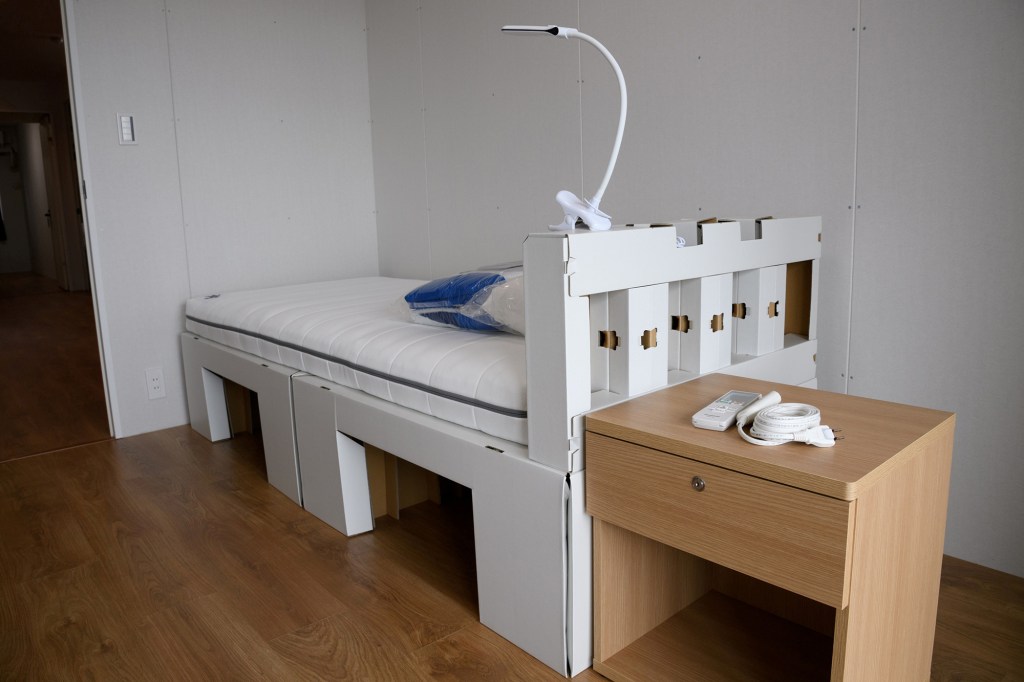 Some of the beds will now get a second life at temporary COVID medical facilities. REUTERS

Bed-creator Airweave nearly donated the beds to hospitals at the start of the pandemic, said CEO Motokuni Takaoka.

“Once we knew the Olympics would be postponed by a year, we reckoned we could put the beds to use for more pressing purposes,” Takaoka told Vice. “But the pandemic never got bad enough [in Japan] where prefectures were scrambling for beds. So we’re happy to put them to good use now.”

The tens of thousands of remaining beds are set to be donated to various local governments and railway companies, to be used for child group homes and crews’ nap rooms. 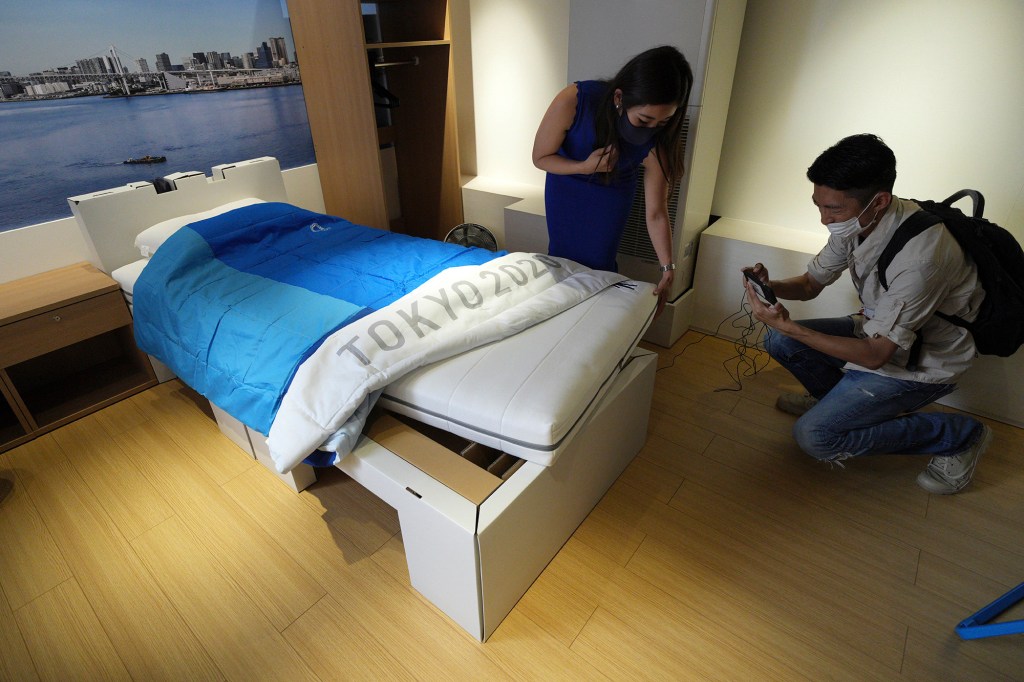 Despite rumors, the beds are quite sturdy and aren’t meant as “anti-sex” tools.AP
olympics japanese covid patients
Read The Rest at
nypost.com