“Showtime” is over for Anthony Pettis in the PFL playoffs.

The former UFC champion fell to 0-2 against Stevie Ray in 2022, dropping a unanimous decision, 29-28, 29-28, 29-28, Friday night at the Hulu Theater at Madison Square Garden in the main event of the first of three PFL semifinal events.

Six weeks after Ray, a 10-fight UFC veteran in his first year with PFL, submitted Pettis with a modified twister, the Scot clearly sought to take advantage of an edge on the ground. After tepid exchanges on the feet in the first two frames, Ray was able to secure takedowns into side control in the opening round and straight into a back take with a body triangle in the next.

Ray thought he had Pettis on the verge of tapping to a north-south choke attempt near the end of the first, but Pettis managed to survive and return to his feet right before the horn.

“The only thing I was surprised in was the fact that he never tapped to the north-south choke,” Ray told reporters afterward. “I felt it was so tight. … I was sure that he was gonna go to sleep. I squeezed; I think I gassed myself out a little bit.” 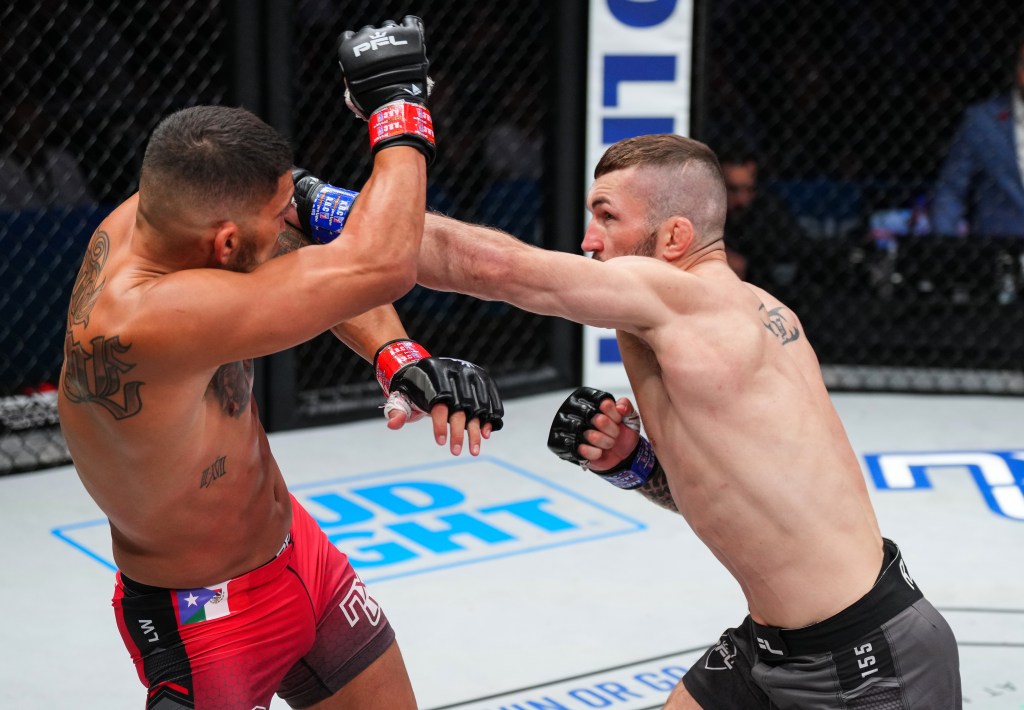 Clearly down two rounds entering the final stanza, Pettis was better able to shuck off Ray’s clinch and takedown attempts. He landed a few noteworthy strikes, including a calf kick that knocked Ray off balance in the final 30 seconds. That wasn’t enough to open up a potential finish, and the clock expired on both the lightweight fight and Pettis’ run to the $1 million prize at the end of the PFL season.

That journey continues for Ray, who will face Olivier Aubin-Mercier. The Canadian won a lopsided decision, 30-27, 30-26, 30-26, earlier in the night over Alexander Martinez.

The light heavyweight division also settled on a championship matchup Friday at the Garden. In the opener of the main card, Rob Wilkinson smashed Delan Monte in a wild 1:37 to pick up the lone TKO victory of the night’s postseason matchups. 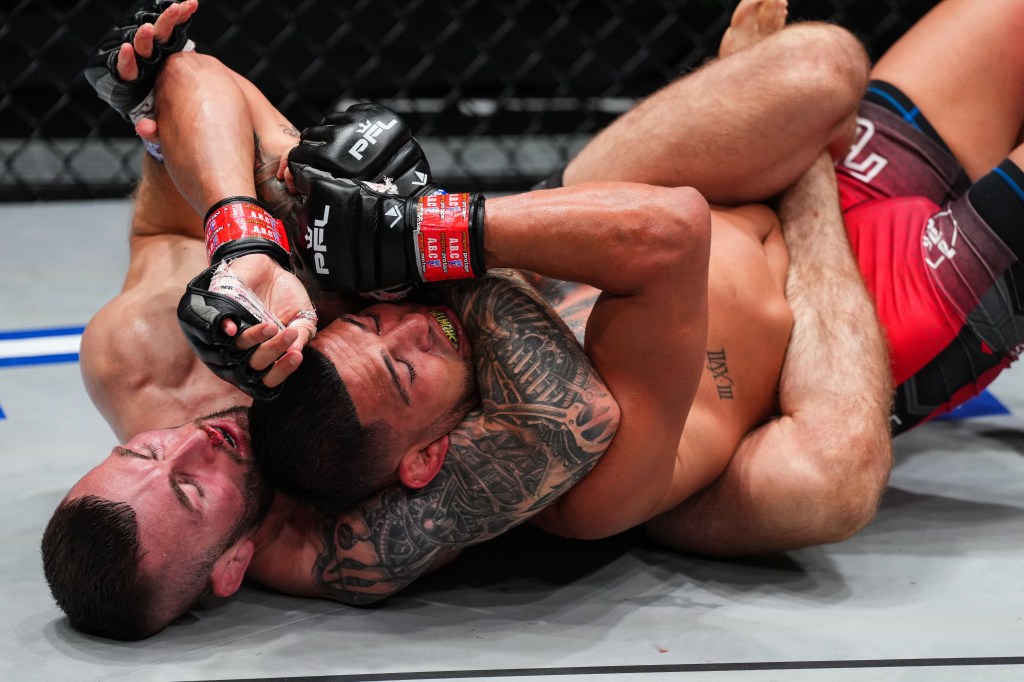 Wilkinson will face fellow UFC veteran Omari Akhmedov, who secured a less-than-thrilling decision, 30-27, 30-27, 29-28, against Josh Silveira. The Brazilian was a replacement for 2021 champion Antonio Carlos Jr., who pulled out with a reported torn ACL. Carlos and Akhmedov are teammates at American Top Team.

PFL has yet to announce plans for the championship event, when it decides the champions of its six divisions and awards the winners $1 million each.