The Seattle Mariners and Los Angeles Angels exchanged a flurry of punches and kicks during Sunday’s ugly “basebrawl,” but it was a bout between one player and a guard rail that dealt the most significant blow.

Angels pitcher Archie Bradley fractured his right elbow while attempting to climb over the dugout railing during the scrum, ultimately losing his footing and tumbling hard onto the dirt. The 29-year-old was placed on the 15-day injured list Tuesday afternoon and is expected to be out for at least one month, Angels head trainer Mike Frostad told reporters.

Bradley has struggled in his first season with the Angels, who signed him to a one-year, $3.75 million contract this past offseason. After missing time earlier this season with an abdominal strain, the right-hander currently boasts an 0-1 record with a 4.82 ERA in 21 appearances. 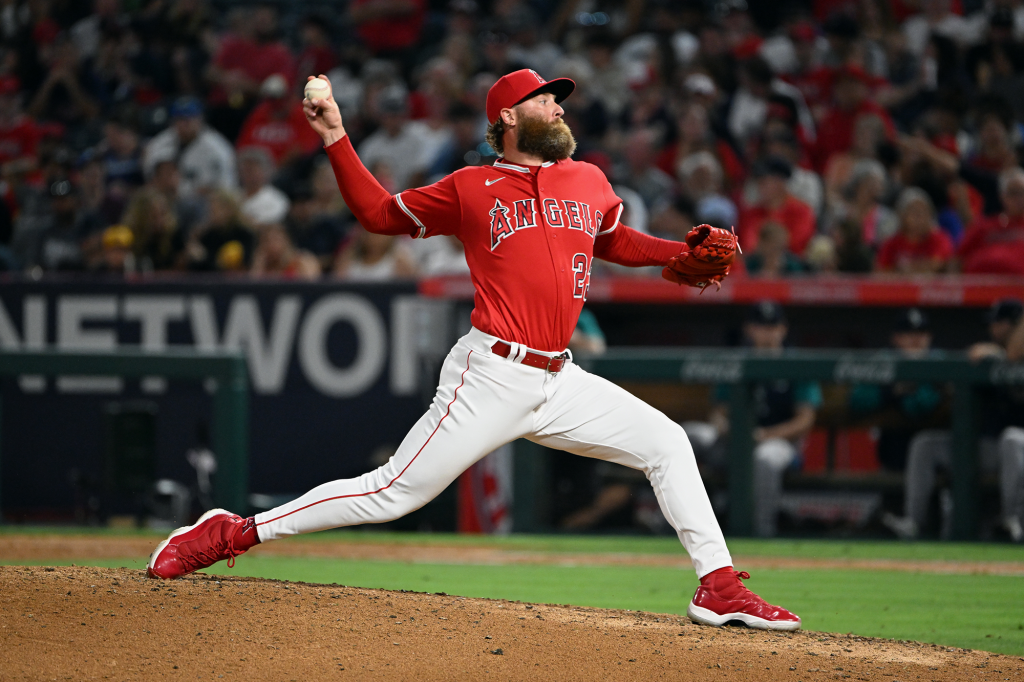 Archie Bradley fractured his right elbow while attempting to climb over the dugout railing during Sunday’s scrum.Getty

The reliever is not the only player who will be missing time because of Sunday’s benches-clearing brawl — Mariners catcher Luis Torrens was placed on the injured list for 10 days with a sore left shoulder.

In addition, a combined 12 members of the Mariners and Angels were issued suspensions for their roles in the melee. The devastating injury is tragically fitting for Bradley, who founded a duck-hunting business in 2019 named Crash Landing Outdoors.