Andy Murray defends use of ‘legitimate’ underhand serve at Wimbledon Andy Murray whipped out a rare underhanded serve at Wimbledon on Monday, and he wasn’t sorry about it.

Murray was leading 2-1 in the third set against Australia’s James Duckworth when he seized the opportunity for the unorthodox serve. The Brit explained to reporters after the first-round win that it was a strategic decision based on where Duckworth was standing.

“He changed his return position,” Murray said in a post-match press conference. “That’s why I did it. He was standing very close to return [initially], he was struggling a little bit on the first-serve return. So he stepped probably two meters further back. As soon as I saw him step further back, I threw the underarm serve in.”

The match’s announcers were flummoxed by the move, saying they couldn’t recall Murray ever serving underhanded before, but concluded: “If it works, it works.”

The 35-year-old Murray, who won in four sets after dropping the first one, went on to defend the maneuver.

“I personally have no issue with players using it,” he said. “I never have. Certainly, more and more players have started returning from further, further behind the baseline now to give themselves an advantage to return. 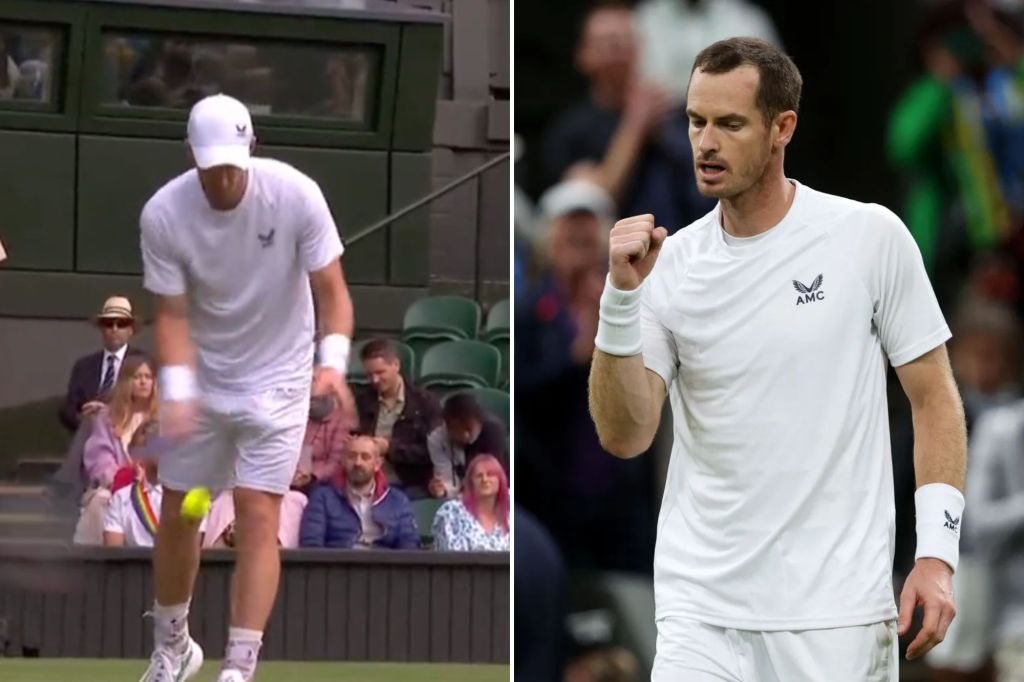 Andy Murray delivered an underhanded serve against James Duckworth at Wimbledon on Monday.Wimbledon and Getty Images

“The underarm serve is a way of saying, if you’re going to step back there, then I’m going to possibly throw that in.”

Murray, who was ranked no. 1 in the world in 2016, said it was a “legitimate” way to serve and he intended no disrespect to his opponent.

“I don’t know why people have ever found it potentially disrespectful,” he continued. “I’ve never understood that. It’s a legitimate way of serving. I would never use an underarm serve if someone was standing on the baseline because I think it’s a stupid idea. They’re going to track it down and it’s easy to get. If they stand four or five meters behind the baseline, then why would you not do that to try to bring them forward if they’re not comfortable returning there? Tactically, it’s a smart play.

“No one says it’s disrespectful for someone to return from six meters behind the baseline to try to get an advantage. So, I used it not to be disrespectful to him but to say, if you’re going to step further back to return the serve to give yourself more time, then I’m going to exploit that.”