Andrade and Sammy Guevara got in a tussle in yet another backstage altercation in All Elite Wrestling, according to multiple reports.

TMZ first reported on the fracas, saying “words were exchanged, and then things turned physical” prior to “AEW Dynamite” on Wednesday night.

Andrade threw a punch and was reportedly sent home.

In professional wrestling, it’s nearly impossible for outsiders to discern from reports whether there is real-life animosity, or if this is part of the storyline — or maybe a little bit of both.

Both TMZ and Fightful Select claim this was not part of the script, with TMZ saying its sources were “adamant” it’s not a work. 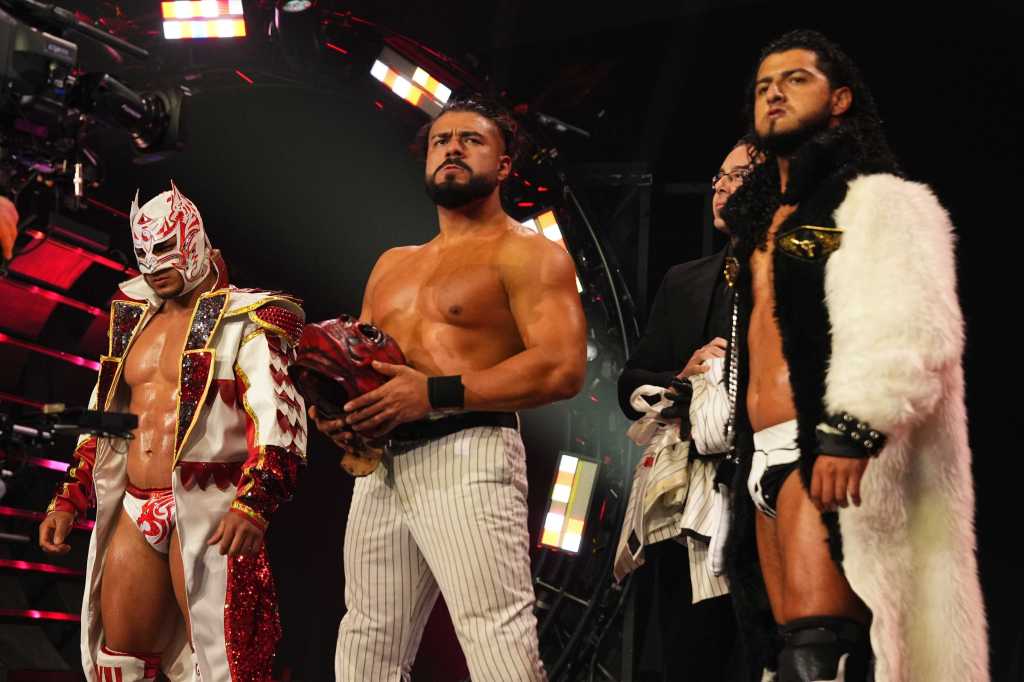 Andrade (center) was reportedly sent home from AEW Dynamite after getting in a backstage altercation with Sammy Guevara.AEW

Andrade was set to wrestle Preston Vance (No. 10) of the Dark Order faction in a advertised match on Friday’s “Rampage,” but AEW present Tony Khan tweeted that match is off. Guevara is still set to take part in a tag team main event on Dynamite.

Andrade, who is married to Charlotte Flair, and Guevara had been going back and forth on social media this week, with Guevara saying Andrade would be “jobless” without his father-in-law, Ric Flair.

“Are you really mad at me or mad at yourself for failing to get over for a SECOND time. Just go back to Wwe like we all know you want to do & f–k off,” Guevara tweeted.

To this, Andrade responded that he’d see him Wednesday.

The heat started over an interview Andrade did Monday in which he said Guevara was the only wrestler he ever had a problem with because he complained he hit him too hard and too frequently in matches they had.

This is the second time Guevara has gotten under the skin of one of his colleagues. In August, Eddie Kingston was suspended from AEW after a backstage altercation with the “Spanish God.” 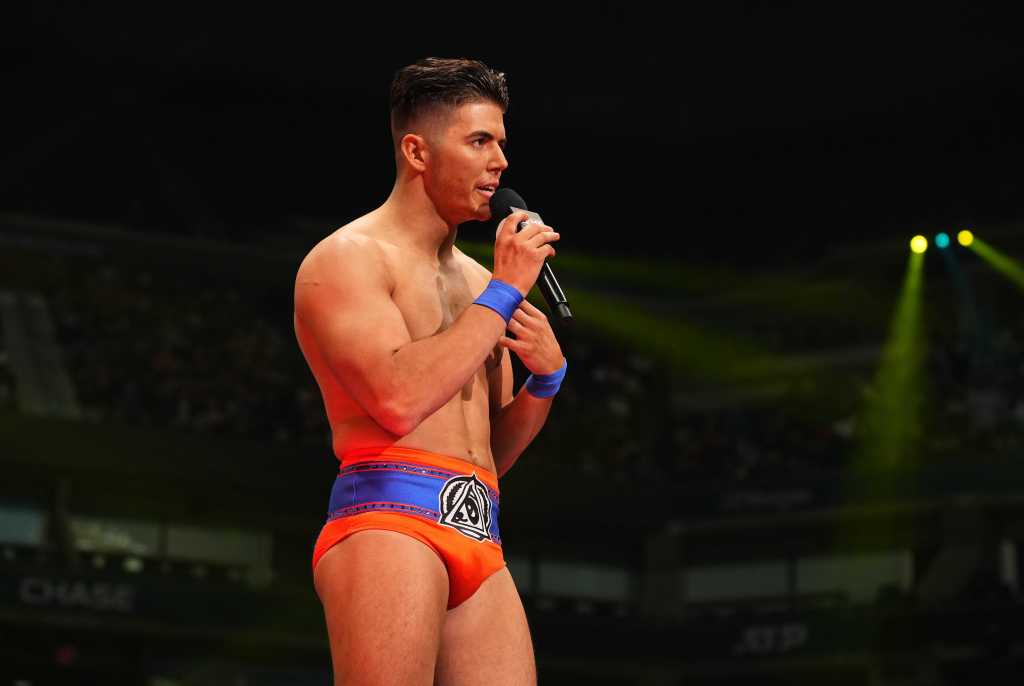 Sammy Guevara has been involved in multiple backstage spats in recent months in AEW.AEW

This latest backstage spat comes after CM Punk and mentor Ace Steel reportedly got in a brawl with the Young Bucks and Kenny Omega at “All Out” in Chicago in September. None of the wrestlers involved have been on-air since, and Punk’s status with the company is allegedly in question — the same standards of being skeptical of pro wrestling surreality applying. Giants’ Sterling Shepard not about to retire:...