Twenty years ago, New York’s own piano woman Alicia Keys swept the Grammys, winning five gramophones for her instant-classic debut, 2001’s “Songs in A Minor,” when she was just 21.

The Recording Academy kept on falling for Keys, who went on to earn 10 more of its prestigious prizes. But the now-41-year-old star — who will headline two hometown shows at Radio City Music Hall on Thursday and Friday — has one very special Grammy that she didn’t technically win: She picked it up when John Mayer shared his Song of the Year trophy with her after his “Daughters” beat out her “If I Ain’t Got You” in 2005.

“When he was onstage, [he said that] he just felt like I deserved that for ‘If I Ain’t Got You,’ ” Keys — who has also hosted the Grammys twice in her career — told The Post. “And backstage, he took off the top of the Grammy and wrote ‘Alicia Keys’ on it, and he kept the bottom with his name on it . . . That was a beautiful moment.” 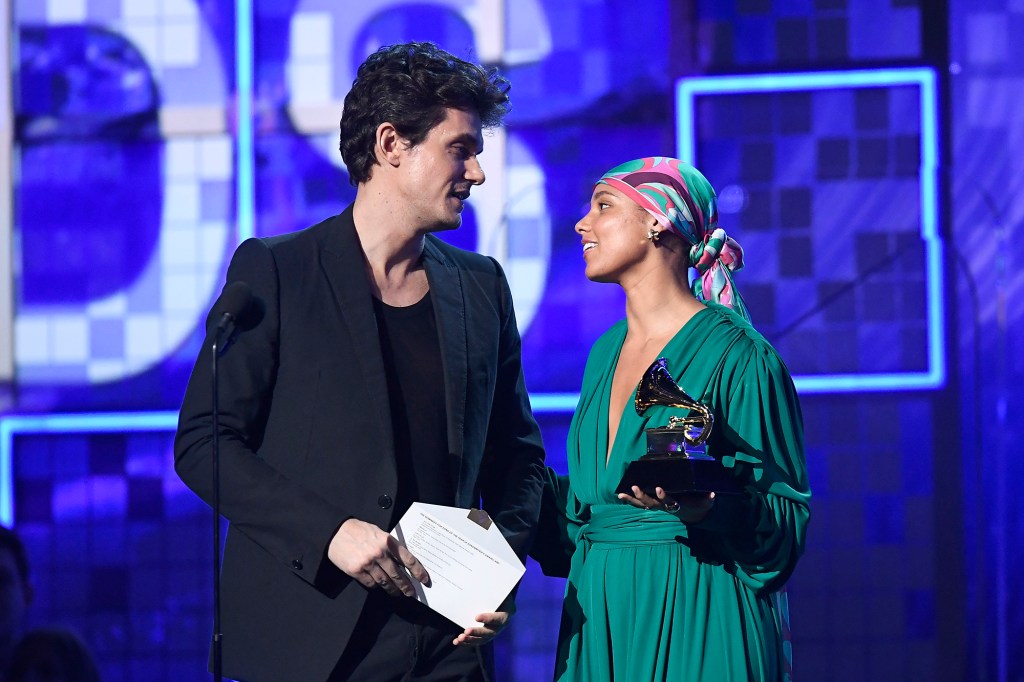 Alicia Keys and John Mayer had a Grammy-bonding moment when he shared his Song of the Year award with her in 2005.Getty Images 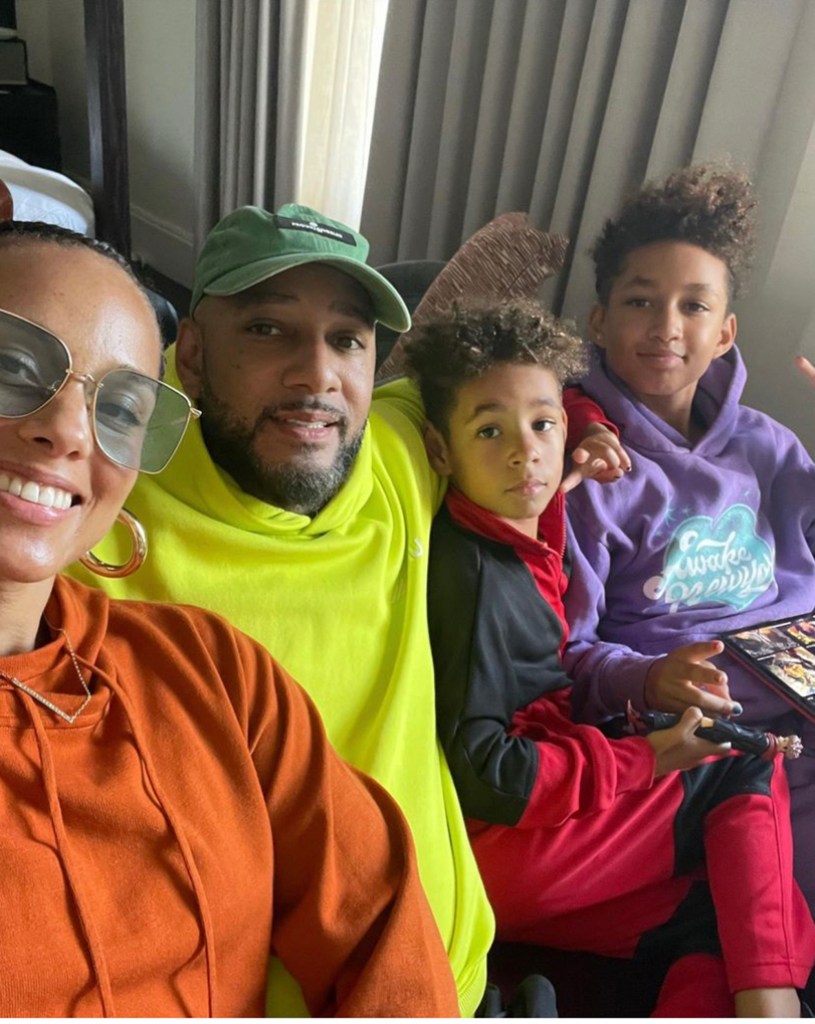 Alicia Keys with husband Swizz Beatz and their two sons, Genesis and Egypt.

In her already-legendary career, with solo-dolo hits such as “Fallin’ ” and “No One,” Keys has collaborated with everyone from Usher and Drake to Christina Aguilera and Whitney Houston to Jack White and, yes, Mayer — the two memorably paired up on 2007’s “Lesson Learned” post their Grammy-bonding moment. Still, she was once used to it being all about her “Piano & I,” as the first track on “Songs in A Minor” so aptly put it.

“It’s so interesting because I never used to be a collaborator,” she said. “As a kid, I just was terrified about collaborating with different people. I was such a loner, and, you know, for me music is such a private space. And to let people into that space — it’s terrifying. But once I got to a place where I felt more confident in my craft, and I felt more confident in who I am as a woman, I started to open myself up to collaborating.”

In a queen-meets-queen moment for the R&B ages, Keys and Beyoncé joined femme forces on the 2010 single “Put It in a Love Song.” Now, on “The Queens Remix” of Beyoncé’s No. 1 hit “Break My Soul” — which features Madonna in a mashup with her classic “Vogue” — Keys is one of the iconic black divas who gets a shout-out from Bey. 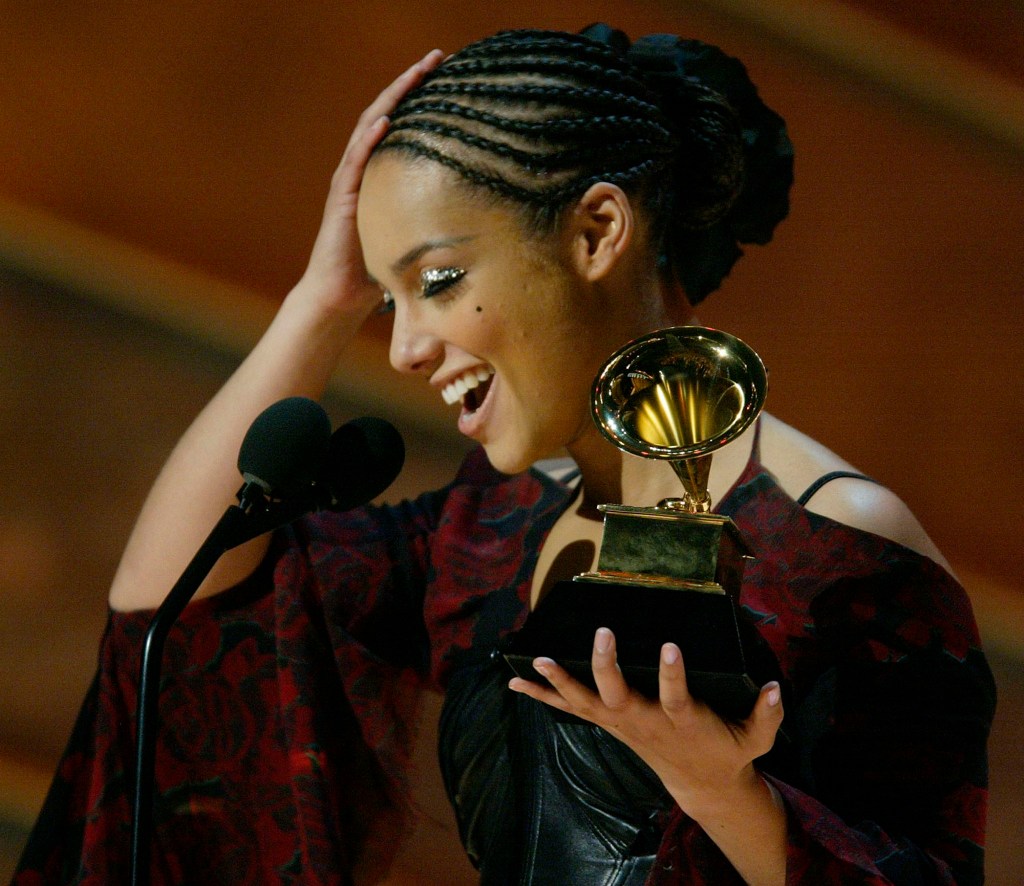 Alicia Keys won the first five of her 15 Grammys in 2002.REUTERS

“We have known each other since the beginning,” said Keys. “It’s such a beautiful thing for us to be sisters … having this level of longevity and respect. Shouting out all the different queens that she wanted to shout out — it just felt like such a beautiful sisterhood. That’s what being a queen is all about — embracing the queens around you. So I love it, I’m with it!”

These days, Keys also has another new collaborator closer to home. Egypt — her 11-year-old son, who is the oldest of two children she shares with producer-husband Swizz Beatz — is showing some of the same child-prodigy skills that propelled his mother to the Grammy stage.

“He got onstage with me and played piano — his own little set that he created — in Mannheim, Germany,” she said. “I could not believe it. I mean, it was mind-blowing, because he completely arranged it all himself. And then he went out there and performed it with all types of personality and connection with the crowd.” 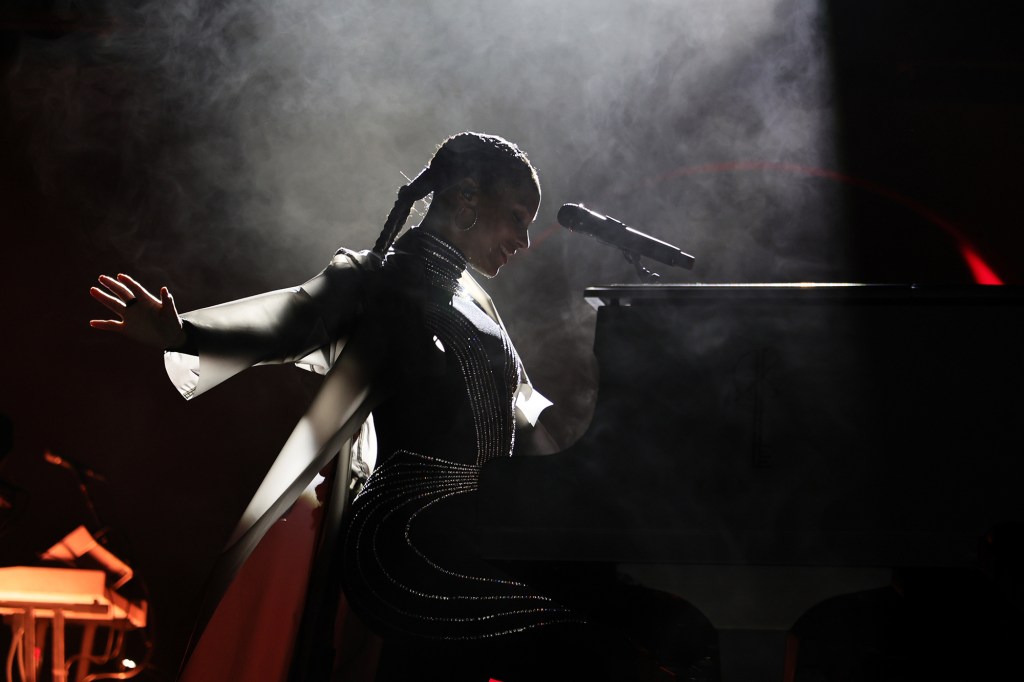 Alicia Keys is dropping “Keys II,” a deluxe edition of her double album “Keys,” on Friday.Getty Images for AK

And Keys knows which of her hits will connect deepest with the New York crowds at Radio City. That would, of course, be “Empire State of Mind,” her 2009 No. 1 smash with Mr. Carter, Jay-Z.

“People want to hear that song everywhere, [when] you go to another city, another country. But New York is about to levitate!” she said. “And it feels so good because what I love about that song is it really is about the possibility to achieve your dreams. And that’s what New York represents.”