AFC South preview and predictions: Colts, Titans set to battle it out Mark Cannizzaro previews the AFC South as The Post gives division-by-division breakdowns ahead of the 2022 NFL season.

First-and-goal: As the Colts have searched in vain for a franchise quarterback to replace the retired Andrew Luck, Ryan is the fourth QB for the team in four seasons. But he comes as a seasoned, accomplished veteran. Ryan figures to fit more to the team’s style of spreading out the targets — a difference from Wentz, who spent too much time locked in on top WR Michael Pittman. Ryan’s best friend will be RB Jonathan Taylor, who led the NFL in rushing in 2021 with 1,811 yards.

Fourth-and-long: The Colts pass rush left much to be desired in ’21 with only 33 sacks, which was ranked 25th in the league, down from 40 sacks in 2020. With a void at defensive end, the Colts traded cornerback Rock Ya-Sin for Ngakoue, who’s produced eight or more sacks in each of his six NFL campaigns, including 10 last year. The team needs more from ’21 first-round pick Kwity Paye, who had four sacks as a rookie. The Colts drafted Missouri State’s Eric Johnson with hopes of finding a gem. They will be playing in a new system with new coordinator Gus Bradley having replaced Matt Eberflus, whom the Bears hired as their head coach. 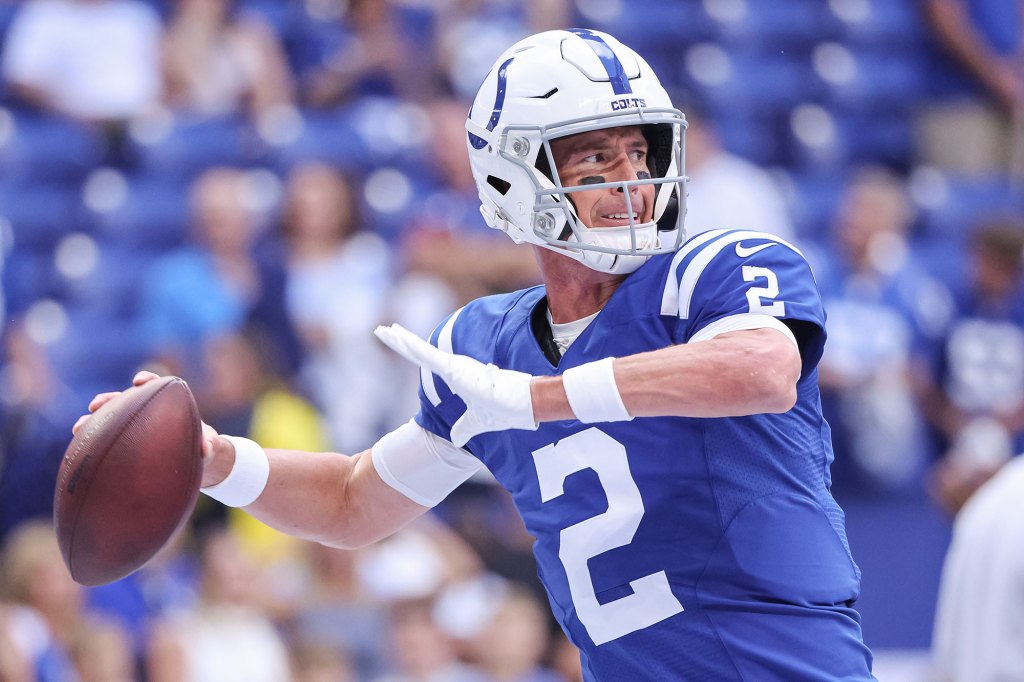 Matt Ryan — the latest in the Colts’ revolving door of QBs — fits better with the team’s offensive style.Getty Images

Cann’s Call: 11-6. The Colts should be the most complete team in the division and are in line for a first division title since 2014.

First-and-goal: RB Derrick Henry is back — hopefully for the entire season. Henry, the league’s most productive back and the Titans’ offensive engine, was lost for the rest of the regular season with a broken foot suffered in Week 8. With Henry, the Titans scored at least 24 points seven times in eight games. Without him, they eclipsed that mark in only three of their final nine games. 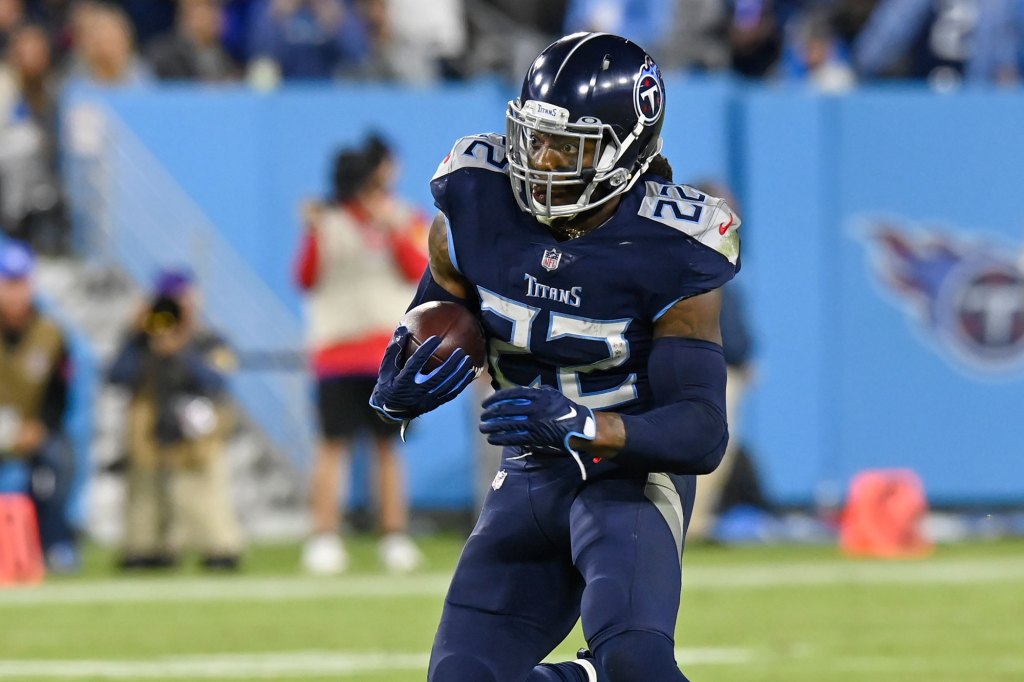 Derrick Henry, healthy again, will have to carry a lot of the Titans offense.AP Photo

Fourth-and-long: Who’s going to catch passes from QB Ryan Tannehill with Brown and Jones gone? Woods, while an accomplished receiver, is coming off a season-ending knee injury with the Rams. Burks, the rookie first-round pick, hopes to step into Brown’s role. The Titans will need more from Tannehill, who last season completed only 35 passes of 20 or more yards and seven passes of 40 yards or more, both of which were the lowest marks of his three years with the team. He, too, threw 14 interceptions — more than his previous two seasons combined — and fumbled four times. Willis, a dynamic dual-threat QB in college, waits in the wings.

Cann’s Call: 11-6. The Titans were the No. 1 seed in the AFC last season but were bounced from the playoffs in one game. They still carry a lot of firepower with Henry as long as he’s healthy. It should be a terrific division race to the end between the Titans and Colts.

First-and-goal: Second-year QB Trevor Lawrence, who struggled with injuries to his skill-position players last season, has had the group bolstered this year with healthier running backs Travis Etienne and James Robinson. The Jags invested a combined $105 million with Kirk, Jones and Engram. And Marvin Jones returns with hopes of improving on a subpar 2021.

Fourth-and-long: The Jags produced only 32 sacks last season and prioritized defense this offseason, using five of their seven draft picks on that side of the ball, including No. 1 overall pick Walker. Oluokun, who signed in free agency after leading the NFL in tackles last season (192) with the Falcons, is needed to duplicate that production. A question regarding Walker is how he’ll be used to maximize his talent. It’s not clear whether he’ll play defensive end or outside linebacker in the team’s 3-4 base defense.

Cann’s Call: 6-11. After the embarrassing Urban Meyer experiment in 2021, Pederson is an adult in the room for the Jags. His presence should immediately help Lawrence improve. 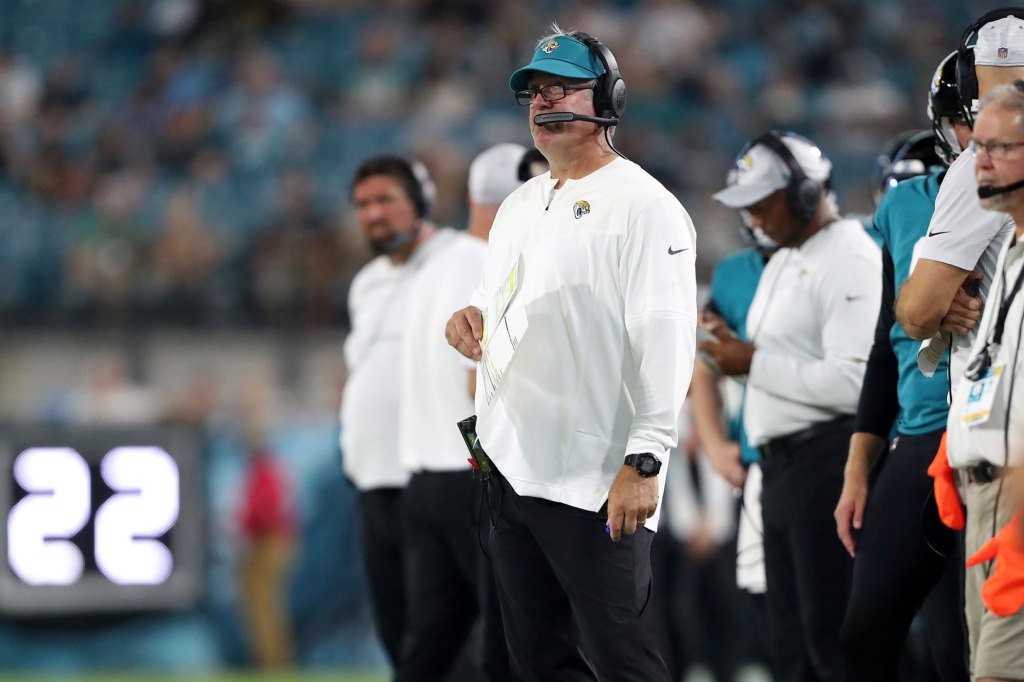 First-and-goal: With the Watson mess in the rearview mirror, the Texans are riding with second-year QB Davis Mills, who had two stints as the starter in 2021. His first stretch was spotty with too many mistakes and seven touchdowns to eight interceptions in seven games. He improved in the final five games, throwing just two INTs in 171 attempts. Mills finished with 2,264 passing yards, 16 TDs, and 10 INTs in 13 games and had the highest QBR of any rookie Sout in 2021. His top target is veteran WR Brandin Cooks, who had more than 1,000 receiving yards in 2021, the sixth time in the last seven seasons he’d done that, while catching a career-high 90 passes.

Fourth-and-long: Texans running backs in 2021 produced the NFL’s worst rushing attack, finishing with an average of 3.4 yards per carry and 83.6 yards per game. Rex Burkhead’s team-high 427 yards was the fewest yards by any team’s leading rusher. Enter new acquisition Mack, who lost his lead job in Indy to Jonathan Taylor in 2020 after a Week 1 Achilles tear. Mack appeared in just six games last season, leaving this spot a major question mark in 2022 for the Texans.

Cann’s Call: 5-12. This is not a stacked roster and Mills is inexperienced. This season figures to be a struggle for Smith, Mills and Co.