The most important hit at Fenway Park, relative to the game Tuesday night, came later, off the bat of Gleyber Torres. It cleared the bases and gave the Yankees a 7-4 lead in the 10th-inning, and they held on for a 7-6 win that helped nudge the Red Sox a little bit deeper into their deep winter’s sleep.

It was a fine footnote. An afterthought.

That, as much as anything, tells you about the rarefied place that Aaron Judge occupies now. It’s supposed to be anathema, a mortal sin, to hint that any one player is bigger than The Game. But that’s what Judge is now. That’s what Judge has been all across this magnificent season. He is bigger than any game he plays.

Judge clobbered two more home runs, No. 56 and No. 57, inching him closer to Roger Maris. Only four men in the history of the American League — an operation that only dates to 1901 — have hit more home runs in one season than Judge: Hank Greenberg, Jimmie Foxx, Babe Ruth (twice) and Maris. And Judge still has 20 games left to inflate that number and send it into outer space.

But that’s not all. As has been the case most of the year, Judge’s homers were essential, they were oxygen for the Yankees. The first one, a cannon blast hit the other way to the heartbreakingly deep Fenway power alley in right, tied the score at 3-3 in the sixth inning. The second one, splattered over the Green Monster in left, tied the score at 4-4 in the eighth.

Judge’s last at bat came in the 10th inning. There were two outs and a man on third with the score tied, and Red Sox manager Alex Cora raised four fingers before Judge even walked out of the on-deck circle. You wonder if that won’t be a more common occurrence these last few weeks of the season, managers deciding that discretion is the better part of valor. 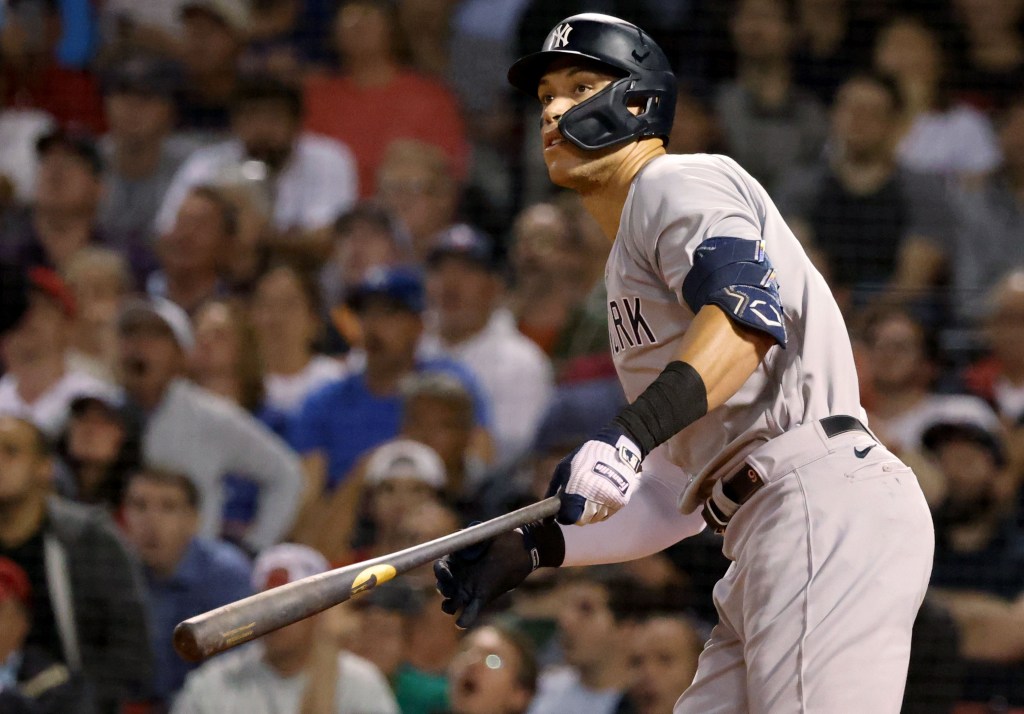 Aaron Judge hits homer No. 57 during the Yankees’ 7-6, 10-inning win over the Red Sox. It was his second of the game.N.Y. Post: Charles Wenzelberg

You hope not, though.

Because every Judge at-bat the rest of the way is going to be an event. They are going to be must-see TV. If you are a fan of the Yankees — or merely a fan of baseball — it is impossible not to want to see every pitch. Because every time he swings the bat, something splendid and spectacular could be looming.

It’s almost a surprise when he doesn’t go deep.

“However many home runs he ends up hitting, I don’t think it’s that important to him,” Judge’s manager, Aaron Boone, said before the game. “He knows where we are. It’s about going out and winning the ballgame. I think when you have that genuinely simple mindset and approach to it, it makes playing the game a lot easier.”

That’s the most amazing part of Judge’s season, when you think about it. We all know, as a matter of law, that hitting a baseball that well, that far, that often, is maybe the hardest thing to do in sports. Yet when Judge swings, and when he connects, and when he sends his majestic blasts to the far reaches of ball yards all across the game, it really does look …

“When we’re winning and in first place, that’s always fun, it’s been a fun year,” Judge said. “The numbers will take care of themselves.” 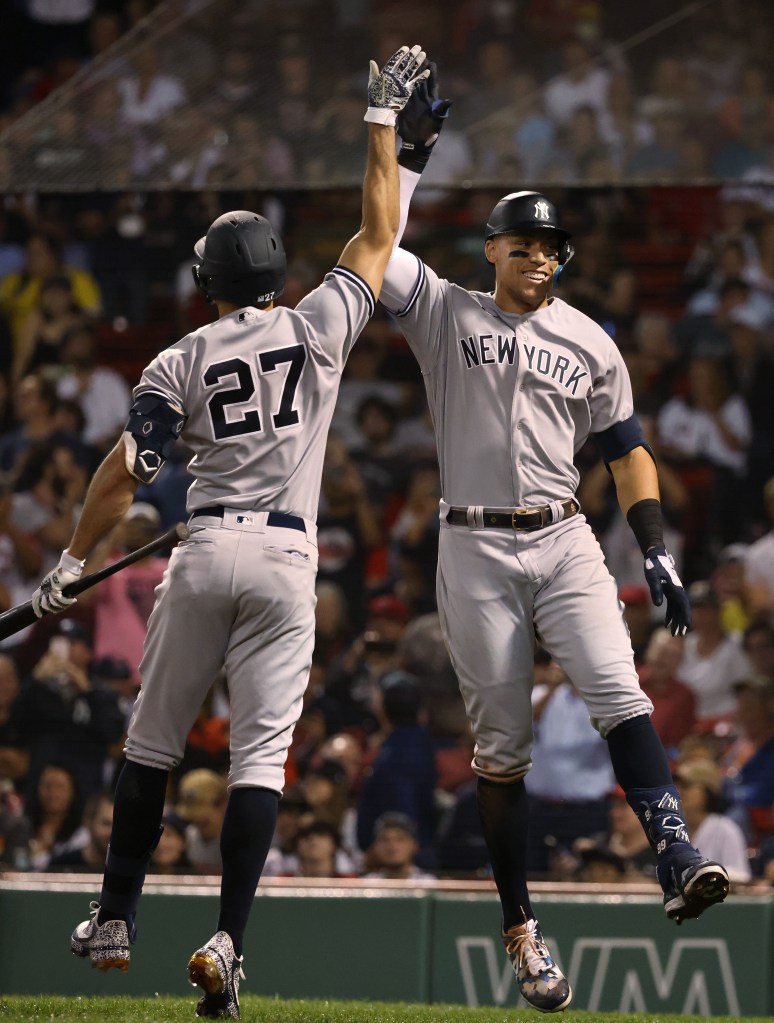 It should no longer be a subject for debate if Judge should win the MVP; the only question is if he gets all 30 first-place votes, earns the maximum 420 voting points. Shohei Ohtani, the only name feebly thrown out as competition, did that last year, and as otherworldly as that season was his team still went 77-85.

The Yankees are now 86-56. They are back to 30 games over .500, back to a comfortable lead atop the AL East with days melting off the calendar. There is little mystery why they surged early and have survived lately: because they have Judge as the anchor of their lineup. And nobody else does.

“I’m out of adjectives.” Boone said.

Late in his dream 1961 ride, Roger Maris took the day off in the 159th game of the season, causing a seismic shock. He was sitting on 60 home runs. How could he forfeit four at-bats? The way he’s going, Judge can look forward to a day off or around that time, and nobody will much complain.

Unless by then, Barry Bonds’ 73 is still in sight. It probably won’t be. But would you bet against it?