Aaron Hicks’ game-tying three-run homer and Aaron Judge’s game-winning single in the ninth propelled the Yankees to an improbable 7-6 comeback victory over the Astros on Thursday night in The Bronx.

With the Yankees trailing 6-3 in the ninth, Giancarlo Stanton and Gleyber Torres worked walks off of Astros closer Ryan Pressley. Hicks, who has struggled much of the season, followed with a three-run blast for his third homer of the season.

Isiah Kiner-Falefa followed with a single, but was thrown out trying to steal second base on a controversial call that was upheld on replay review.

Jose Trevino followed with a single, and after Joey Gallo struck out, DJ LeMahieu walked on a close 3-2 pitch from Ryne Stanek who had replaced Pressley earlier in the inning. That set up Judge who hit the game-winning single on a 3-1 pitch. 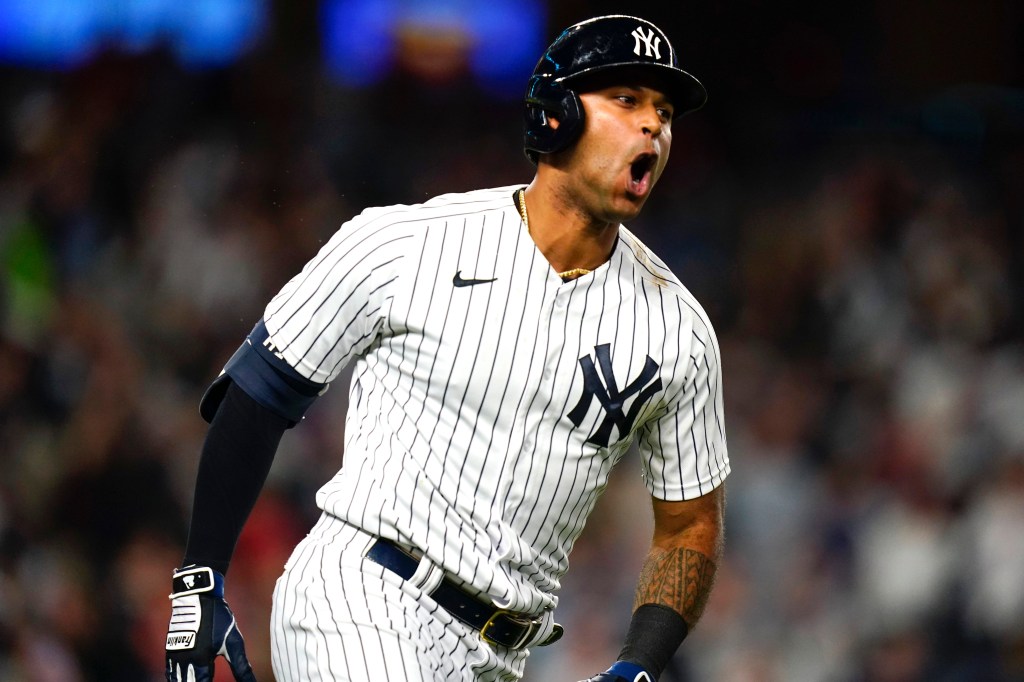 Stanley Cup officiating under spotlight after...