Aaron Boone’s personality could be greatest asset to Yankees’ ambitions BOSTON — In a different Yankees time and place, general manager Brian Cashman and his PR man, Jason Zillo, teamed up to convince a manager that he had to change his tense, distant, and distrustful ways to survive. Joe Girardi listened to them in the spring of 2009, and his tempered approach to the players and the press helped his team win it all.

The fact that Girardi ultimately regressed and defaulted back to his preferred management style is among the chief reasons he was replaced in 2018 by Aaron Boone, a much lighter touch. Running a baseball team is a human relations job, and it was hard to find anyone around baseball who said he or she couldn’t relate to Boone.

So no, after a turbulent 2021 defined by countless heartbreaking defeats, Cashman’s public admission that his team stank to high heavens, Hal Steinbrenner’s blame game with the players, and a one-and-done wild-card loss to the Red Sox, Boone didn’t need any lecture. Cashman and Zillo didn’t corner him as they had cornered Girardi to inform him how Tom Coughlin once broke down and tweaked his draconian methods before his Giants won the Super Bowl.

Boone’s personality was perfect for New York just as it was. And that personality might be one of the Yankees’ most valuable assets as they try to turn a magical season into a memorable one.

On the Bronx side of town, winning the whole thing is the only way to be remembered forever. As the Yankees steamroll their way toward an historic total of victories — their 64-20 record after Friday night’s 12-5 victory over Boston matches the second-best major-league record after 84 games since 1930 — they will be constantly reminded that none of it will matter if they fail to win the franchise’s first title since Girardi’s in ’09. 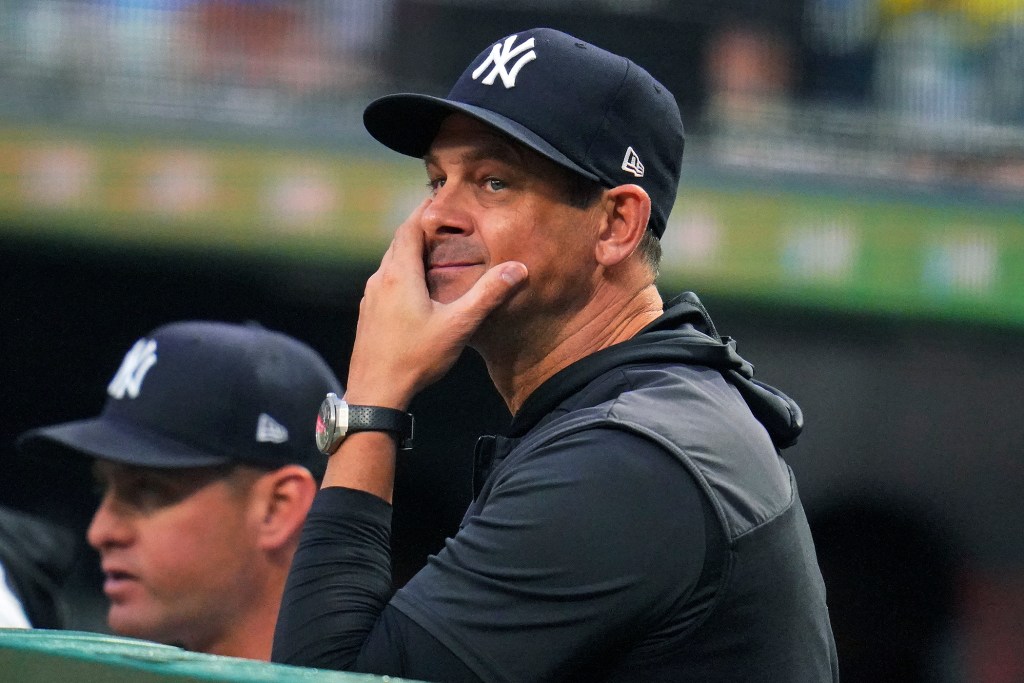 In October, that cold, hard fact will be sitting right there in the Yankees’ dugout between the bubblegum and sunflower seeds, and right next to Boone, who has that Joe Torre temperament to handle it, just as he handled the chaos last season and navigated his team to 92 victories and a playoff berth, which he called “a pretty good feat.”

The fact that Boone didn’t waver from the adversity of 2021 to the blessings of 2022?

“Maybe that’s my strength,” he said.

It’s a helluva strength to have.

“I like to think that I always have perspective,” Boone said. “As big as this is, being manager of the New York Yankees, and as important as this franchise is to me, there’s also a part of me that can separate enough and say, ‘This is my job. This is a game. This is baseball.’ So there are things that grant you perspective all the time, whether it’s something major that’s happened in the world, in our life.

“There’s my health, my faith is very strong. So I always look at this as I’m here temporarily. And so even though there’s moments in the year that you’re consumed and overwhelmed and you’re wanting to be a champion. … I feel like I have good perspective on life.”

Not surprising coming from a 49-year-old man with a heart condition that required a pacemaker to be inserted last year. 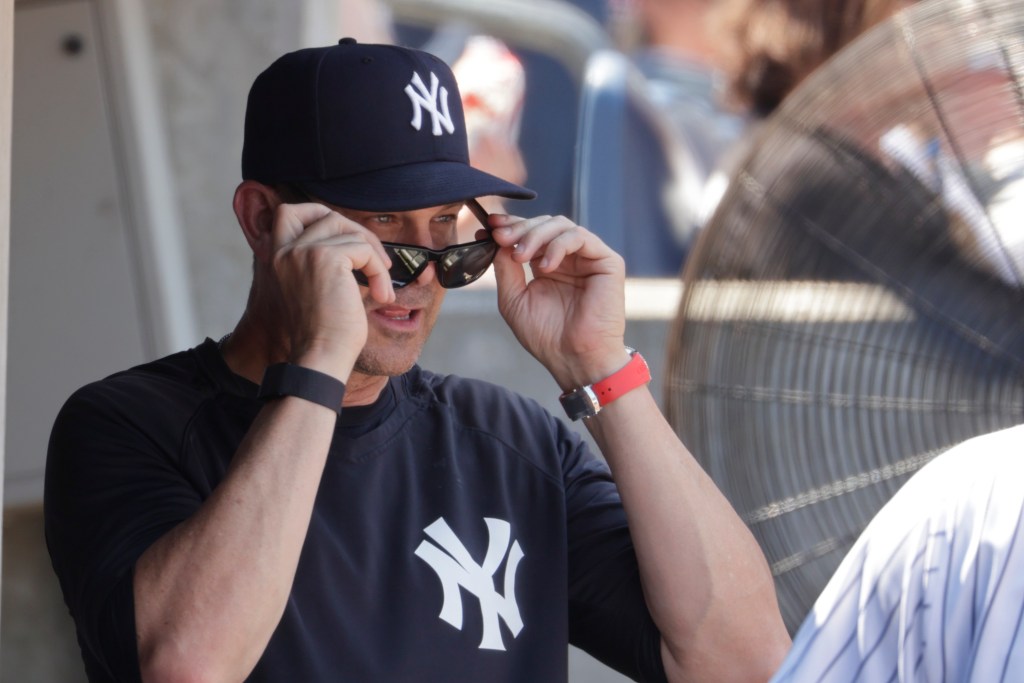 That perspective was a good friend to Boone in the offseason, when there was some question whether he would return for a fifth year. Asked if he was concerned he would be fired, the manager said: “I wouldn’t say concerned. There was certainly an unknown.”

“There were things that I wanted that were maybe in the end deal breakers from my standpoint,” he said. “But I knew that I wanted to be back and if I wasn’t — when I say perspective and my faith, if my time was up then I was supposed to be doing something else. And I’m very good with that.”

Asked to identify the potential deal breakers, Boone cited a contract offer that proved the Yankees still believed in him (Cashman covered that with a three-year deal and a club option for a fourth) and “certain staffing decisions that I could live with.”

“There were some things to work through, some difficult coaching staff changes that … I had to come to peace with that weren’t going to be deal breakers with me.”

“I didn’t say to [Boone], ‘Hey man, this is happening or you’re gone,’ ” Cashman told The Post. “I made certain changes that I wouldn’t say he was fully on board with, but I did what I felt was important. Aaron was not an issue for me in any way, shape, or form. And the ones that were, I made moves with.

“Aaron is still the same cool, calm and collected guy. He’s easy to talk with and work with, and his personality allows him to connect really well with his players.”

Boone didn’t need to change anything in the offseason to facilitate the process. He wants the players to know that he genuinely cares about them, and that he will remain consistent in good times and in bad.

“You’re going to come in and get the same person,” Boone said.

That person is going to be needed when this summer juggernaut faces the storms to come in the fall.