49ers befuddled by Cowboys’ bizarre final play: ‘What the heck was that?’ If you watched the final play of the divisional round matchup between the Dallas Cowboys and San Francisco 49ers and were confused, you were not alone.

It all unfolded in a strange fashion.

With six seconds left and needing a touchdown to force overtime, Dallas placed Ezekiel Elliott at center with the rest of the offense forming out wide. 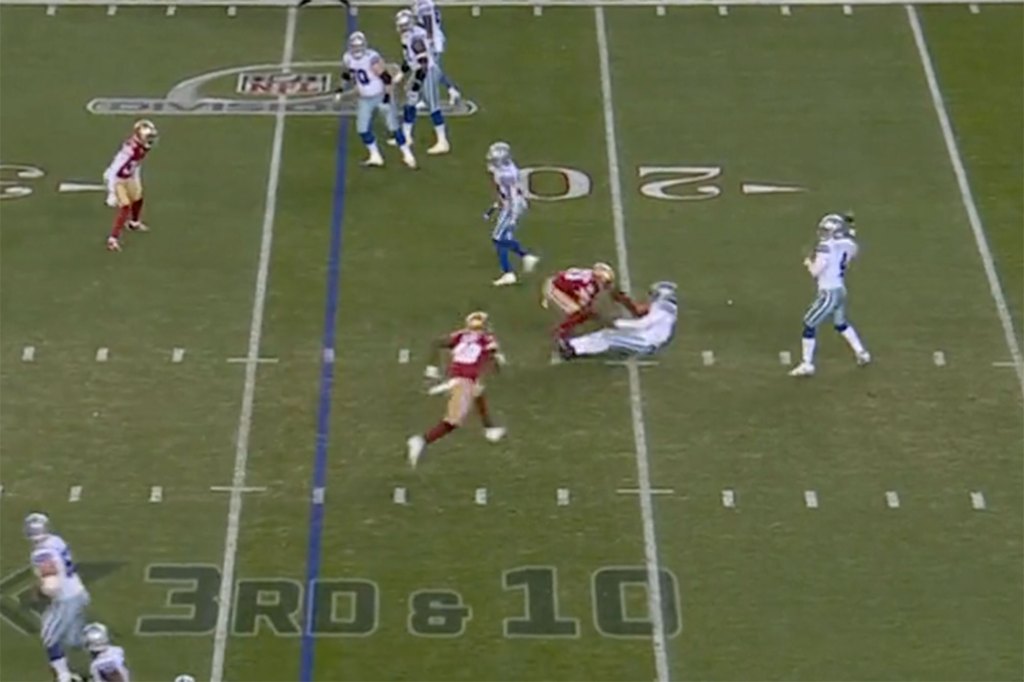 The 49ers had little in their way to to keep them from getting to Dak Prescott on the final play of the game.Fox

After the snap, Elliott was ran into the ground by linebacker Azeez Al-Shaair who then forced Prescott to make a quick throw to KaVontae Turpin who was tackled immediately.

49ers linebacker Dre Greenlaw summed the astonishment up nicely after the final whistle.

“What the heck was that?” he asked. 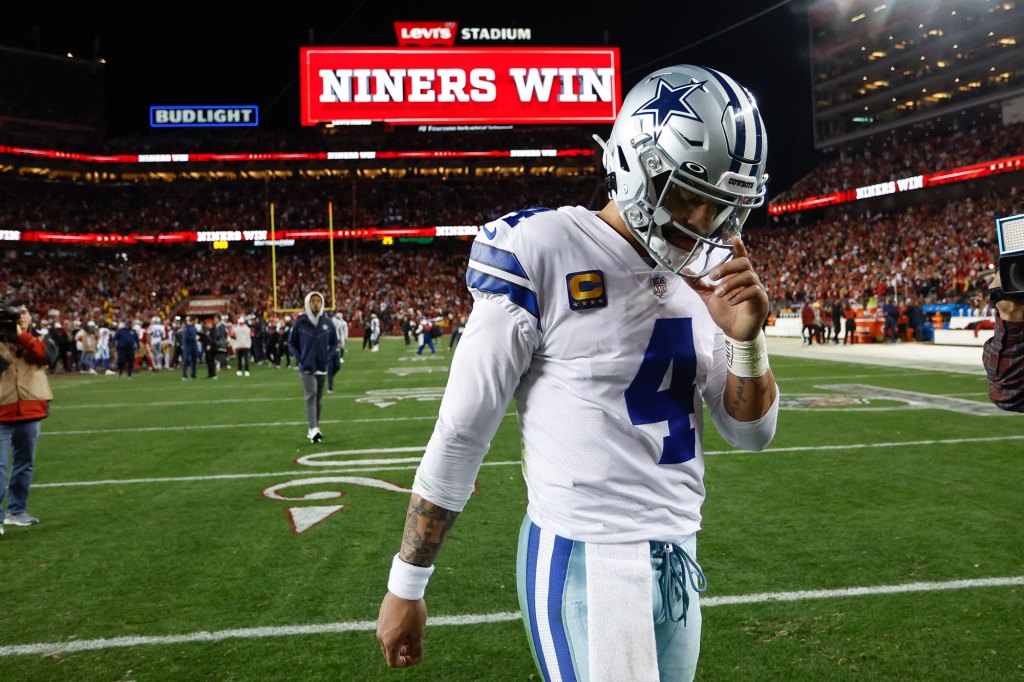 Dallas head coach Mike McCarthy didn’t seem to know either, but said it was supposed to go differently — even if he was reluctant to elaborate on what the play was intended to look like.

“I really don’t want to get into detail on it, but that obviously wasn’t the plan,” McCarthy said. “It’s obviously a gadget play or whatever to end it. It’s the last-play-situation call we practice.”

The 49ers will travel to Philadelphia for Sunday’s NFC Championship game against the top-seeded Eagles. The Cowboys have the offseason to contemplate what went wrong — starting with the last play of their season.