Since my colleague, the Fantasy Madman, besmirched the good name of fantasy football’s points per reception scoring, I would like to offer rankings done from a less conflicted mind, since I believe it to be the superior option.

My rankings are usually based on a 17-game projection, since I believe injuries are often fluky (except for notoriously injury-prone guys like Christian McCaffrey and Will Fuller, for which games lost are baked in). They’re also based a bit more off total points than the DVQ rankings by The Post’s Drew Loftis, which generate a rating to be compared with ADP rather than a straight rankings list.

Let’s start at tight end. Perhaps contrary to popular belief, it’s highly beneficial to have a good one on your team. Think about it this way: If you can safely count on 15 points from your TE slot each week, and your opponent is scrambling through the waiver wire in hopes they can get 7, you’re starting the week off with an advantage. That doesn’t mean you should reach on a player just because they’re a tight end, but if you had Mark Andrews last year, you probably did well.

The problem is, the studs are few and far between, and it’s rare that one comes out of the middle or late rounds. Usually you have to spend an early pick to lock in that positional advantage. In most cases, it’s worth it, considering it’s much easier to land a starting-caliber receiver in the later rounds than a tight end.

Keep in mind that going early TE makes it a bit more important to hit on your later picks, especially at wide receiver. And if you do draft a tight end early, don’t draft another later on. You’ll never start the backup, and you need those roster spots to hoard potential breakouts at wide receiver and running back.

Here are the rankings – and guidance on how to approach these picks in your draft. ADP is based on FantasyPros’ average.

There is arguably not a clearer No. 1 at any other position in fantasy. Here are his finishes among TEs in total points since 2016: first, first, first, first, first, second. And what did the Chiefs do this offseason? Just trade away his main competition for catches in Tyreek Hill. Kelce recording 150 targets is a real possibility for Kelce, making him a worthy first-round pick in PPR formats. 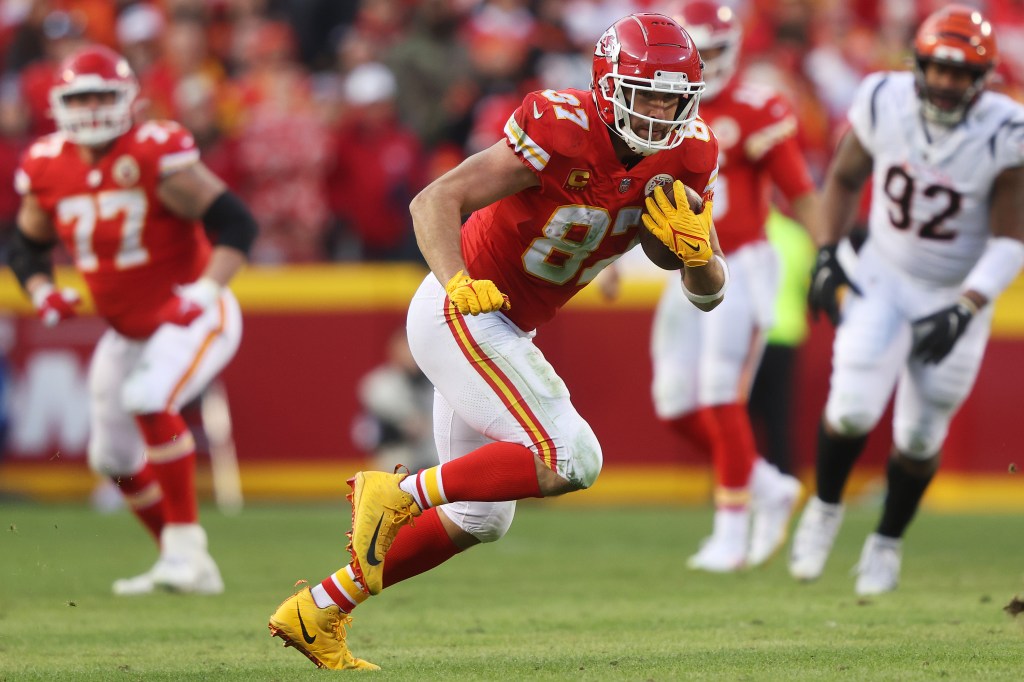 Travis Kelce runs with the ball after a catch against the Cincinnati Bengals.Getty Images

In a similar fashion to Kelce, the Ravens did Andrews’ fantasy prospects a favor by eliminating his biggest competition for targets, Marquise Brown. The Ravens have high hopes for Rashod Bateman, but who else is catching passes on this team? Next on the depth chart are Devin Duvernay and James Proche, who have a combined 70 catches in their careers. A safe bet to lead the Ravens in receiving, Andrews has also been top-15 in the NFL red zone looks the past three seasons. He is a rock-solid second-rounder.

Kyle Pitts is a top-10 dynasty pick for a reason. As a 21-year-old rookie tight end, he caught 1,026 yards in a measly offense (Atlanta was bottom-four in total yards). That situation didn’t get much better, and Pitts has new target competition in first-round receiver Drake London. But if he was on a better team, I would advocate drafting him in the first round. He is just that good of a player. His time is coming — maybe as early as this year. Take Pitts in the third if you miss out on Kelce and Andrews. 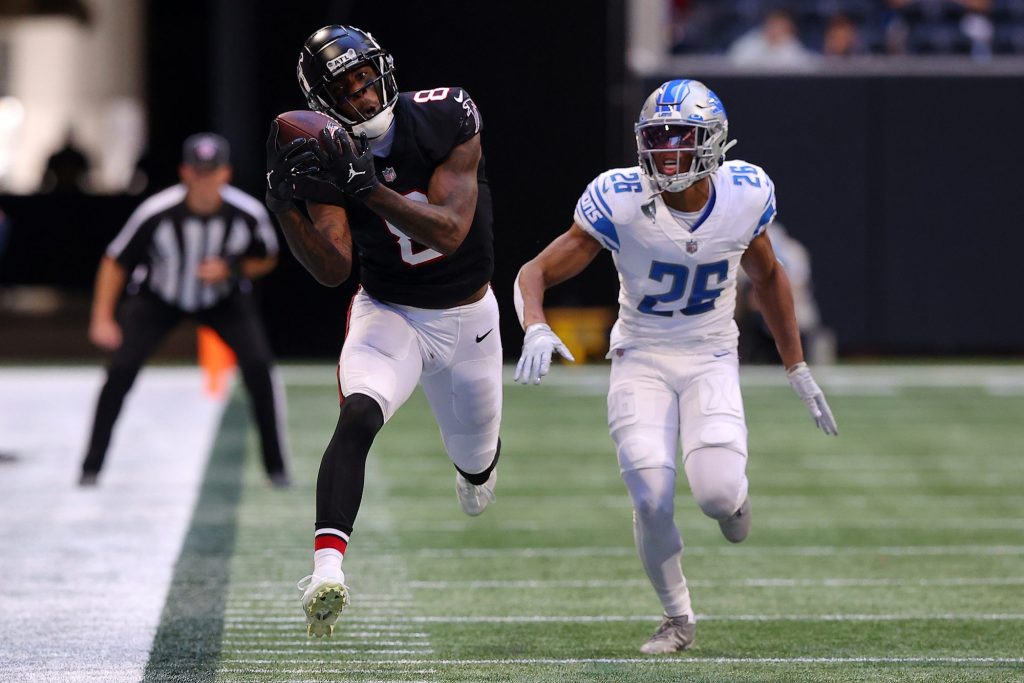 I understand the trepidation about the Raiders’ pass catchers, as there are a lot of mouths to feed with Davante Adams in town. But at the same time, it appears QB Derek Carr has become a popular bet to win MVP or lead the league in passing. If that happens, Waller, Adams,and Hunter Renfrow are all going to eat. There’s only so much of the touchdown pie every guy can take, but in PPR scoring, Waller will still give you that tight end advantage — he has averaged just under nine targets per game over the past two seasons.

I’m slightly lower than consensus on Kittle. I’d prefer Waller, who is going after him in most drafts. New starting QB Trey Lance rushes much more than Jimmy Garoppolo, and coach Kyle Shanahan may opt to utilize Kittle’s outstanding blocking skills more than in the past. And in PPR, receivers Deebo Samuel and Brandon Aiyuk are stiff target competition in a low-volume passing offense — San Francisco threw the ball at the fourth-lowest in 2021, a number that will only get lower without Jimmy G.

I have Schultz and T.J. Hockenson back-to-back among all positions in my overall rankings, and their projections are within a point of each other. I’d probably prefer to wait a round and get Hockenson if possible, but the Cowboys are going to rely heavily on Schultz after losing receivers to injury (James Washington, Michael Gallup) and stupid trades (Amari Cooper), so he gets the edge.

We haven’t seen Hockenson, D’Andre Swift, Amon-Ra St. Brown and D.J. Chark on the field together yet. There could be some volatility with Hockenson’s targets, but he should still get a consistent amount of red zone work.

There’s a solid drop off after TE7, as shown by ADP. Ertz is reliable and caught about five balls a game last year after joining the Cardinals mid-season. DeAndre Hopkins is also suspended for the first six games of the season, and Ertz should see a boost in production in that span. 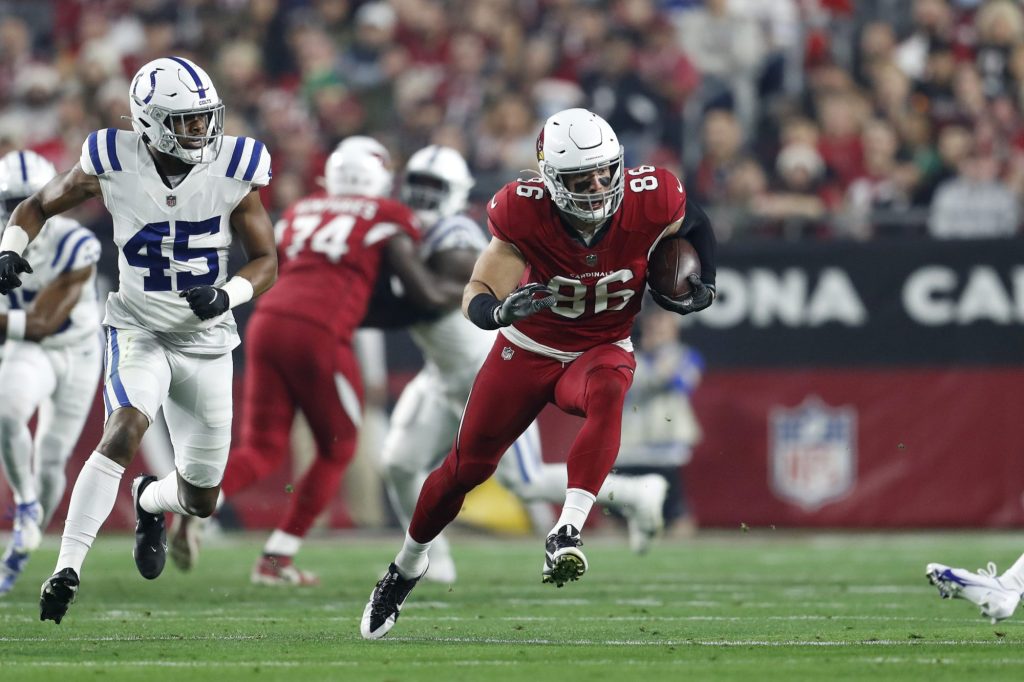 Muuuuuth. I don’t think I’ll ever draft Dallas Goedert or Dawson Knox, since they’re going in the eighth and ninth rounds and that’s when I like taking swings on receivers and backs. But if you make it to the 10th or later without a TE, Freiermuth is a good option. You’re just hoping for touchdowns at this point in the draft, and all Muuuuuth did in 2021 was score (seven red zone TDs).

Gesicki is basically a slot receiver, which is good, considering receivers typically catch more balls than guys who are in-line. Gesicki is always good for some spike weeks, but — like the “traditional” tight ends in this range — he will give you some bagel weeks. He had two games with zero catches in 2021. The new offense under Mike McDaniel should be better, but there are multiple viable pass catchers in Miami for the first time in years, and McDaniel is an ex-run game coordinator who signed three backs in the offseason. This attack may be more run-heavy than we think. Shaq breaks his chair while explaining why...